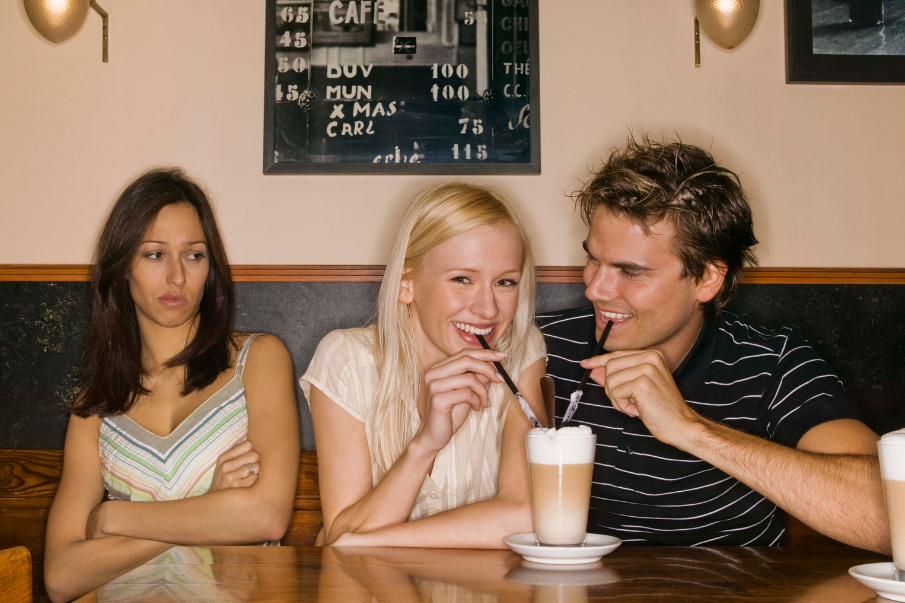 A woman in your life whose actions strike you as strange or rude can leave you feeling annoyed or even disturbed.

To figure out the cause of her behavior, you may want to watch her for signs of jealousy in a woman.

She might have decided that you pose a threat to one of her relationships or her position in life.

When this is the case, her insecurity can provoke vindictive or passive-aggressive behavior.

Why Would a Girl Be Jealous of Another Girl?

Everyone is vulnerable to feeling jealous when they perceive that a person can take away something or someone important to them. Romantic relationships provide a classic example of jealousy between females.

A woman recognizes that another woman has attracted her boyfriend’s attention. The competition presented by the other woman makes her jealous and fearful that her boyfriend will leave her for a more appealing partner.

A woman does not have to succeed or even want to break up your marriage, take your best friend, or get the promotion instead of you. She just has to be perceived as capable and likely to do those things.

A girl about to dethrone another female from a valued position or status could inspire overt or covert female jealousy signs.

15 Signs a Woman Is Jealous of Another Woman

Few people will readily admit to being jealous when called out about it.

The jealous woman will deny that she was thinking about the other person or motivated by insecure feelings. She’ll insist that only innocent reasons motivated her actions or comments toward the other woman.

A jealous woman may not be able to resist snooping on someone’s phone if the opportunity presents itself.

She wants to know if her boyfriend or best friend is communicating with the woman she considers a rival. Her suspicions drive her to violate the privacy of the person whose relationship she wants to defend.

When trying to figure out how you can tell if a girl is intimidated by another girl, pay close attention to what she says about the other woman’s looks.

Jealousy can make her feel intimidated because she fears that she can’t compete.

As a result, she may try to diminish other people’s opinions about the girl by saying negative things about her appearance. The intense emotions triggered by jealousy can result in sarcastic or critical remarks about someone’s appearance.

When she’s jealous, she will truly enjoy it when the other woman makes a mistake or fails in some way.

She’ll be sure to gossip about her misfortune and strive to undermine how other people view her.

In an attempt to keep a boyfriend, sister, or friend away from another woman, she may create reasons to keep someone close. She may invent reasons like:

“I need you to go with me because I get anxious in large groups.”

“We can’t go to that party because my stomach hurts.”

“I sprained my ankle and need you to drive me today.”

A jealous girl may openly confront the friend’s interest in spending time with the other girl.

She wants to make that person feel bad about diverting attention away from her. She will remind her boyfriend that he should value her above others because of all of the nice things she does for him.

She may complain to her best friend that she is being left out, which hurts her feelings.

This is a behavior that often occurs in the workplace when a woman is jealous of another woman.

She will try to diminish how people view the other woman’s success. She may promote the idea that her rival did not earn success through hard work and competency.

Instead, she only succeeded because of her good looks, sexual behavior, or taking credit for other people’s work. The jealous actions are meant to defend her position in the workplace hierarchy or win a promotion.

13 Most Common Reasons Why You Are Still Single

21 Glaring Red Flags You Can’t Ignore In A Relationship

13 Leading Reasons Why Men Pull Away

How can you tell when a girl is jealous? You’ll see her change some things about herself. Jealousy might inspire a woman to suddenly improve herself, like wearing nicer clothes or getting a new haircut.

She might take a dance class, fake an interest in a hobby, or do whatever is necessary to increase her ability to compete against the other woman.

Jealousy can make her try to win back the spotlight from her rival. She will put a fantastic spin on her successes in an attempt to make them seem like much more than they are.

Suddenly, she tells everyone that her boyfriend loves her and buys her beautiful gifts. Mothers may brag about their children.

Outright lying might even occur in the pursuit of looking superior to a rival. She may work hard to stage impressive photos for social media.

In the absence of other signs of jealousy in a woman, she may immediately become crabby in the presence of the girl who makes her jealous.

Even if she does not say or do anything hostile or treat a boyfriend with suspicion, she cannot hide that she is officially in a bad mood as soon as the other girl shows up.

She may get angry about something trivial and use that as an excuse to stomp off.

When a jealous woman plans an event or organizes work assignments, she may banish her rival. She won’t invite her to the party at all.

She will give her the thankless tasks at work that limit her ability to win praise.

She may try to act normal around the woman who incites jealousy inside her, but she’s still hoping to take her down a notch.

She may start by saying something nice on the surface and then totally undermine the compliment. “You look great in that dress. Designers do such great things with plus-size fashion these days.”

Not everyone is subtle. Sometimes, a jealous woman chooses to make it abundantly clear that she hates someone. She will say mean things about her rival and try to sabotage her at every turn.

She may monopolize the time of a romantic partner, sibling, or friend. She wants to get together every day and do things as “just the two of us.”

She stays close physically and maintains frequent contact by phone when she cannot be present. Her plan boils down to making it impossible for the object of her affection to interact with her rival.

Some women are very skilled at manipulating social forces. A jealous woman could choose to spend her social capital on a campaign to isolate and drive off her female rival.

To accomplish this, she may convince other people to share her negative opinion of the other person. She may ask them to exclude her from social or work functions.

Adapting to the Jealous Woman

Learning how to tell if another woman is jealous of you can end your confusion over her bad behavior. Like many people, you may not think that anyone would have a reason to be jealous of you.

The ball is not really in your court in that regard. Jealousy is a natural human reaction when people feel like you can come between them and something they cherish or want.

Awareness of the jealousy may help you avoid triggering the person so much. You’ll have to think about whether you’ve crossed a line and should adjust your behavior.

Going forward, you may have to act with greater sensitivity. Of course, if the jealous person is unreasonable, you deserve to go on living your life as you usually would. Just watch out for moves that the jealous saboteur in your life might make.