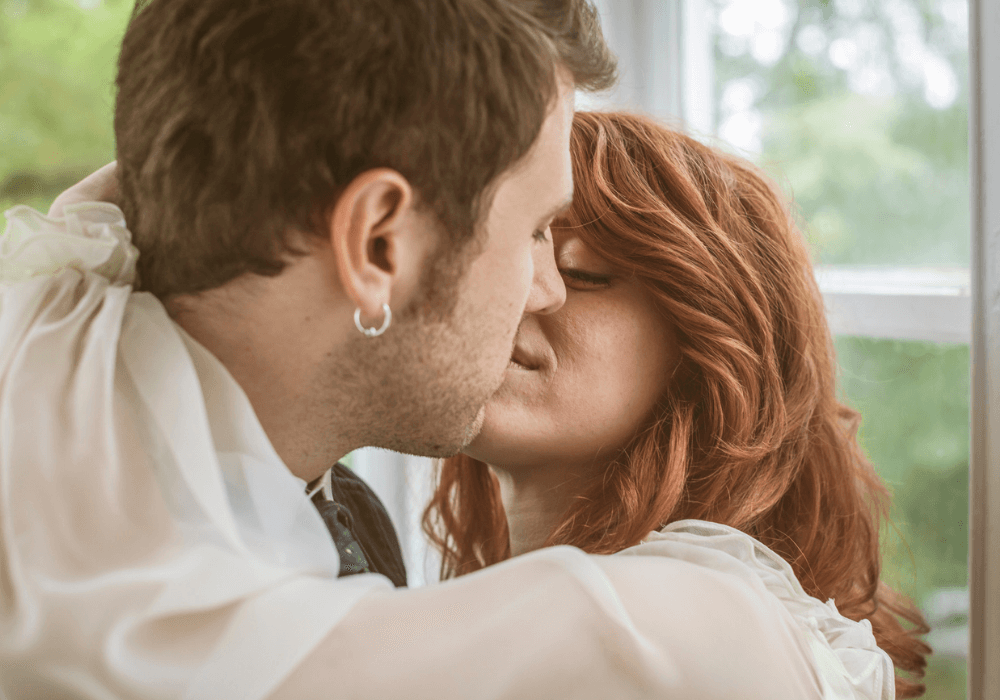 If you’re dating a narcissist—or being wooed by one—the weirdness around kissing isn’t always apparent.

Sometimes, they’re all in.

Other times, they keep you at arm’s length and seem barely able to tolerate any lip contact.

What’s with the hot-and-cold business?

And what do narcissists want sexually, apart from hearing how great they are in bed?

The answers will probably hurt.

For the narcissist, sex isn’t about intimacy or mutual satisfaction; it’s about self-gratification, power, and ego-enhancement.

The narcissist is more interested in establishing dominance and maintaining control over others. Intimacy is not a priority; it’s something to avoid.

So, the answer to the question, “Does a narcissist like to be touched?” is sure, if it’s their idea–and on their terms.

The less it has to do with intimacy or connection, the better.

If you’re tempted to argue, “But he’s different with me,” it’s probably because the narcissist has you convinced you’re special to them. And, in a sense, you are.

You’re their favorite plaything. If you doubt that, go ahead and ask them for a cuddle—on your terms—just because you feel a need to connect with them on a deeper level.

Pay close attention to the way they react.

Do Narcissists Enjoy Kissing? 9 Truths You Need to Know

Kissing a narcissist isn’t necessarily a bad experience. But it is different from kissing someone who’s genuinely in love with you.

It may not be obvious, at first, when the narcissist is keen on winning you over.

1. In the beginning, it’s hot and heavy.

The narcissist will use kissing, hugs, hand-holding, and other romantic gestures to get you hooked. They’ll do whatever they deem necessary to convince you they want you and no one else. If cuddle they must, they’ll be all in.

Once they’ve got you telling people you’re a couple, though — and once they know you feel invested in a relationship with them — they’ll change their behavior toward you.

They’ll go from being “crazy in love” to aloof and critical to get you wondering what you did wrong. The answer, if you get one, is basically everything.

2. That first kiss is an achievement.

If the narcissist can get close enough to kiss you and get you wanting more, that’s a huge deal for them–especially if they see winning you over as a worthy challenge.

Make it too easy, and the narcissist is less likely to bother. Or if they do randomly maul a woman whose interest is obvious to them, it’s all about self-gratification or soothing a bruised ego. If you don’t bend to their will right away, they’ll satisfy their urges elsewhere.

It’s easier for a narcissist to feel powerful when they’re plundering someone else.

They’re something they can use to get you hooked. If they know you enjoy kissing, they’ll make it part of the plan. Just don’t expect them to care much about romance.

Once they’ve got you, the kissing tends to take a back seat because they don’t need it anymore. If they kiss you at all, it’s more strategic than romantic. They know the bare minimum degree of affection required to keep you around.

They might only kiss you when you’re having sex because that’s where they shine. Being a rockstar in bed makes it easier for them to keep you in their pocket.

It’s all about what’s going on in the narcissist’s head. While it might feel personal when the narcissist seems to avoid kissing you, it’s not about your kissing ability or attractiveness.

The narcissist will kiss you if they stand to gain something from it. Otherwise, they’d rather not. Kissing without a clear payoff is a slippery slope for them. And if you’re the one initiating it, it feels even more like you’re trying to be the one in control.

And the narcissist will have none of that.

5. It’s not about intimacy; it’s about control.

To the narcissist, kissing is something they can use to get you hooked and keep you under their control. It’s not about developing an emotional bond with you. It’s not about responding to your needs or your desire for closeness.

It’s about getting what they want from you. And intimacy is not on that list.

If they pull away or avoid kissing, it’s because, at that moment, not kissing you makes them feel more in control. And they want that control more than they want you.

Make it exciting for the narcissist, and they’re far more likely to show interest in kissing and sex. Just don’t call it intimacy because that’s not what the narcissist is going for. Go for the adrenaline surge.

Make it dangerous—for you. Put yourself in an awkward position to show them what you’re willing to risk to get close to them.

We’re saying this not because we actually want you to put yourself in danger (we don’t) but to illustrate situations in which the narcissist is more likely to kiss you. It’s a game.

If the narcissist is in a good mood, they’re far more likely to tolerate or even enjoy kissing and showing affection in other ways, especially if they see something to be gained from it.

If they’re in a bad mood, the odds are good you won’t get anywhere with them. Coming on strong is more likely to get an even stronger negative reaction.

Trust that if the narcissist seems agitated or unhappy about something, they won’t be soothed by your attempts to love them up. Or if they seem receptive, it’s most likely because they’ve thought of a way to turn it to their advantage.

8. They don’t see you; they see something they want from you.

They don’t really see you as an equal so much as a lesser being put on earth for them to use. They’re not in love because that would require personal investment and would put them in a vulnerable position.

And why would they risk that for someone they see as beneath them or as less important than their own needs?

As far as they’re concerned, people are fickle, untrustworthy cretins who can only be faithful to those who dominate them.

9. They will never satisfy your need to be wanted.

Or, to put it more accurately, they may want you around to satisfy their needs and gratify their impulses, but to them, you’re replaceable.

You’re not that one-of-a-kind person they can’t imagine living without.

They may feel more invested in keeping you around if you satisfy their desire to be needed. Here again, though, it’s about how you make them feel—about themselves. Anyone who did the same for them could take your place in a heartbeat.

But you’ll do for now.

The following comparisons help explain the narcissist’s aversion to cuddling and being touched:

Anything that could put the narcissist at risk of feeling something real for someone else is terrifying to the narcissist, who, after all, can feel things. It’s just they would rather not.

The hidden cost is too great.

Now that you’ve had a look at nine revealing truths about narcissists and kissing, which points remind you of someone in your life—or someone who used to be part of it?

The word “evil” is thrown around a lot when it comes to narcissists, but it’s not that simple. Narcissism is a real and crippling mental illness. It destroys every relationship that could become something real.

You can’t fix that for them. And you’re not obligated to try.