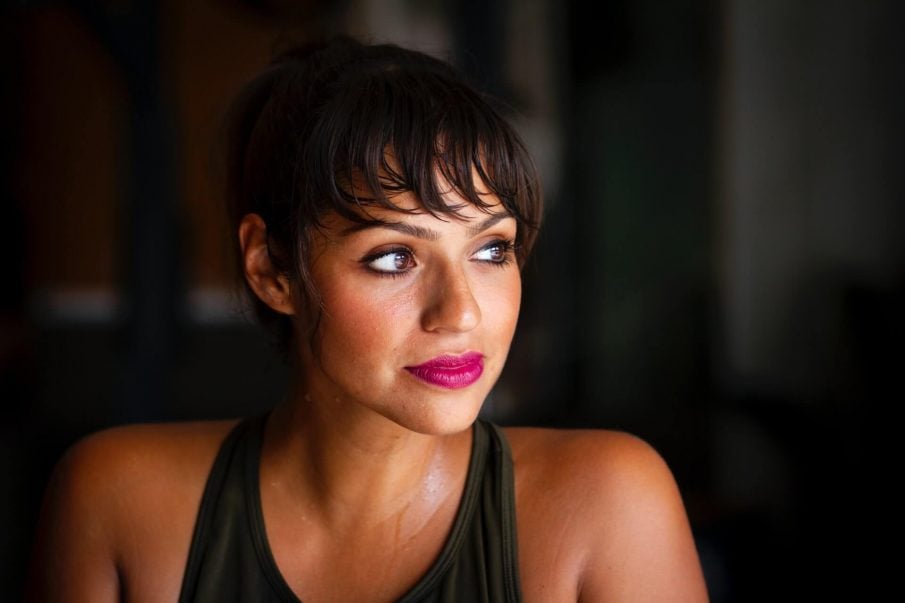 There’s a lot of conflicting noise out there regarding what the words “alpha female” even mean. It’s taken us a hot minute to identify what real alpha traits actually are.

And they have nothing to do with toxic masculinity or queen bee syndrome.

After reading this post, you’ll be able to recognize key alpha female traits.

You’ll no doubt recognize them in the women you respect the most — those you look up to as examples to follow.

These are traits every woman should cultivate to become the person she needs to be.

What is an Alpha Female?

If you’re asking, “Am I an alpha female?” it helps to know what traits to look for.

This is critical to understanding the alpha vs. beta female distinction.

Society mistakes plenty of beta traits for alpha traits. For example, if a woman is constantly trying to control others, some will mistake her coercive tendencies for the dominance they’ve come to expect from alphas.

But a true alpha doesn’t need to control others to feel in control. More on that later.

Our goal here is to clearly distinguish the alpha female from the beta, so you’ll know what traits to cultivate in yourself and which to look out for and correct.

The alpha female personality doesn’t necessarily look the same in each woman who has it.

But the following 19 traits set them apart from those who are either content to be beta females or who haven’t yet exerted themselves to cultivate these personality traits.

The good news is, as long as you’re alive, it’s not too late. And you don’t have to cultivate them all at once. Choose one that you want to work on and create a daily habit around it.

The alpha female is an independent woman and doesn’t wait around for someone else to tell her what to do or to motivate her to get things done. Though she still has off days, the alpha female is probably quickest to get back up and get things back in motion, for the benefit of those she loves.

2. She has self-respect and dignity.

Alpha females don’t let anyone decide for them what they’re worth and what they should expect from themselves or others. The alpha is no one’s doormat, nor does she treat others as such. She won’t violate another’s self-respect or dignity to spare her own.

3. She brings people together.

In a gathering, the alpha female knows how to bring people together and get interesting conversations started. Alpha females don’t need to be the center of attention to know their power or to make good use of it.

A higher priority for them is helping others develop their gifts, for the benefit of all.

4. She doesn’t feel the need to judge others or put them in their place.

Beta females often feel the need to punish those who don’t follow their lead — or to judge those who make them feel inferior. Alpha females, on the other hand, don’t need to judge or punish others to feel powerful or restore their sense of self-worth.

Alpha females don’t take it personally if others don’t do as they do or think as they think.

5. She doesn’t play games with people.

Only betas play mind games to manipulate others. The alpha female doesn’t need to, and she’s repulsed by the very idea. Alphas are upfront about what they want. She doesn’t see the point in tricking people into following or helping them.

They value authenticity and are authentic themselves.

6. She lives her own truth.

Since they value self-knowledge and personal growth, when alpha females learn something new about themselves, they don’t hide it to please others. They expect loving acceptance from those who love them — and nothing from those who don’t.

No matter what happens, the alpha female cannot stay down forever. She doesn’t expect anyone to pick her up when she falls or to make the way smooth for her.

Even if she has to take some time to honor her need to heal or grieve, she’s resilient enough to get back up and keep moving in the direction she wants to go.

8. She stands up for what she believes in.

Beta females are more likely to silently wait until they see others speaking up for beliefs they share, but the alpha female won’t hesitate to stand up for what she believes.

She’s also more likely to defend the beliefs of others, as long as those beliefs don’t violate anyone’s rights.

No one is more loyal to her tribe than the alpha female. Like a mama bear, she’s fiercely protective of the people she cares about. But she doesn’t try to control them. And she’s not petty. Every move she makes in defense or support is measured and purposeful.

10. She can walk away from anything, if she needs to.

The beta needs to prove herself by taking on any challenge, regardless of the consequences or the bigger picture. The alpha, on the other hand, sees more than the challenge at hand and knows when to meet it head-on and when to walk away.

What Is A Free Spirit Personality?

Are You A Sigma Female Personality? 27 Impressive Qualities Of This Unique Woman

While the beta’s feigned confidence will take her so far, the real confidence of the alpha female will take her as far as she needs to go. The more she takes on worthy challenges that stretch her in new directions, the more that confidence grows.

12. She doesn’t need to control others to feel in control.

As mentioned earlier in this post, the alpha female doesn’t need to control others to feel in control of her life and of herself. Self-discipline is far more important to her than controlling others. And she doesn’t need a group of sycophants to feel good about herself.

She’s more likely to expect others to make better use of the freedom they have.

Betas are known for saying one thing to one group and the opposite to another — to garner as much sympathy and approval as they can.

The alpha female says precisely what she means and doesn’t water down her message or speak in riddles to appeal to as many people as possible.

15. She isn’t afraid to go after what she wants.

Betas are great at holding back and waiting for the pursuit of what they want to get easier — or for the universe to give it to them.

Alphas, on the other hand, don’t expect anyone to hand them what they want; they go after it. And they don’t need anyone’s approval (let alone permission) to do so.

When the going gets tough, the betas pack up and leave. The alpha female doubles down. Alphas don’t need easy — much less guaranteed. All they need is possible. And, whatever it takes, if it’s worth it to them, they get to the finish line. And they help others along the way.

17. She doesn’t make excuses — or blame others.

Betas are known for blaming others when things go wrong. It takes a rock bottom moment for them to realize they’re the ones at fault for the devastation they’ve caused.

The alpha owns her mistakes and takes responsibility for them. She’s slow to blame others and quick to assess how to make amends — not excuses.

18. She isn’t afraid to be vulnerable.

Betas don’t allow themselves to be vulnerable with others. They’re particularly averse to apologizing or admitting they’re at fault.

Alpha females don’t see vulnerability as a weakness. And they’d rather risk humiliation than leave someone they care about feeling alone or undervalued.

19. She isn’t afraid to make the first move or to take risks.

Because the beta is averse to vulnerability, she’ll often wait for others to risk rejection or failure before she makes a move herself.

Alpha females aren’t afraid to take the first move, primarily because they don’t see their value in how other people treat them. And they know that personal growth involves risk.

Alpha female behavior is particularly noticeable in relationships. The alpha female treats others as she wants to be treated. And she genuinely cares about people — so much that she’s willing to take personal risks to be there for them.

She doesn’t do this to score points or to compensate for something. She does it because she cares enough about people to want to do right by them.

As mentioned earlier, she has no need for mind games. And she definitely doesn’t pit people against each other to keep them busy while she raids the liquor cabinet.  (Except maybe sometimes. Because she’s still human.)

Look for these other traits in your fellow alpha women:

Alpha women aren’t perfect. They still make mistakes, and sometimes they hurt people with them. But the alpha takes responsibility for her actions and does what she can to make amends.

How to be an Alpha Female

Now that you know the traits common to alpha females, how can you cultivate those traits in yourself? Because it is possible. For some women, maybe some of these traits come naturally. But that in itself doesn’t make them alpha females.

What alpha female traits do you possess?

Now that you’ve gotten this far, how would you answer the question, “Are you an alpha female?”

If you’re thinking, “Not yet, but I’m working on it,” you’re in good company. The most alpha of alpha women are those who put in the effort to cultivate the traits described above.

They’re also those who’ve learned compassion and humility from their hardships.

Think of what you’ve been through, what you’ve learned from your mistakes, and what you’ve come to realize about yourself. Use it all. And don’t dwell on the past.

You’re an alpha female in the making. Own it, and do something scary today.