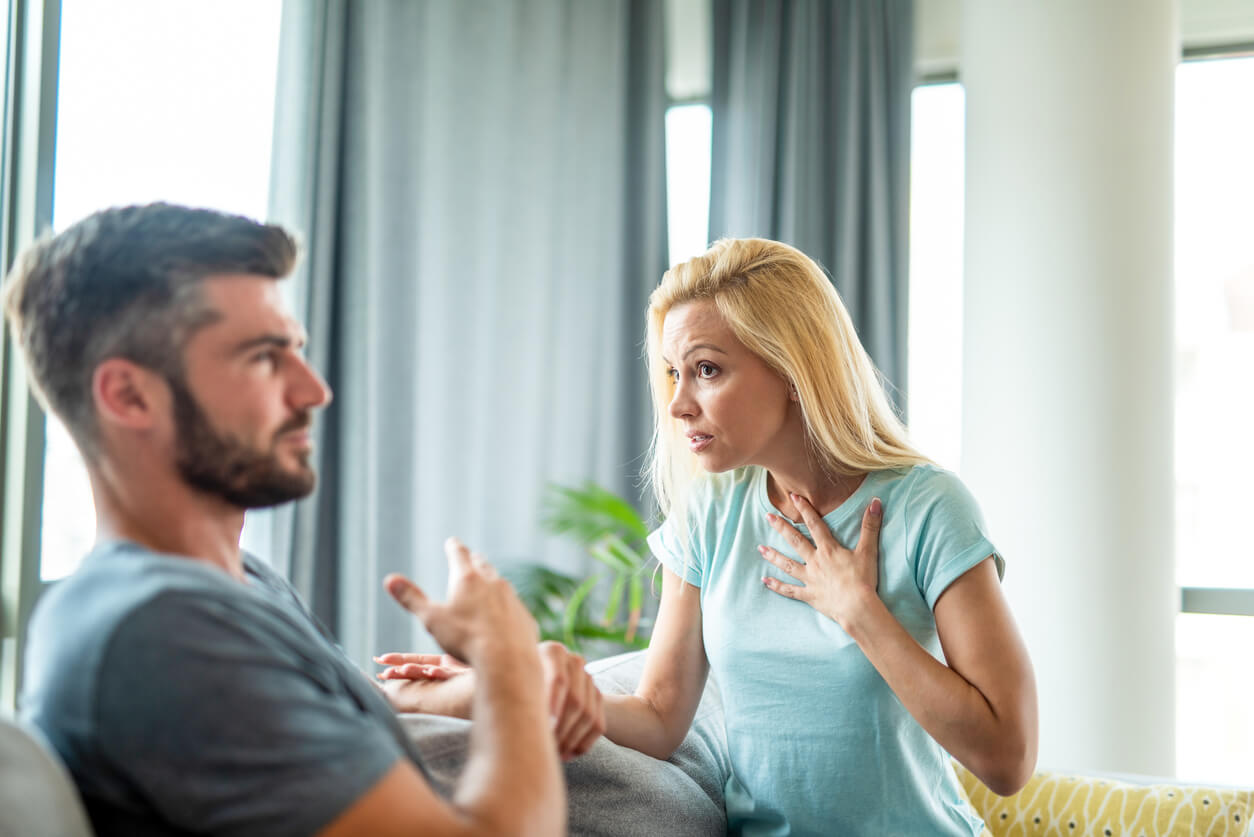 He put so much into winning you over. But now that you’ve drawn him into your world, he’s backing away.

It’s weird, right? What other animal does this?

If you had the time, you’d do some real research into that (maybe), but right now, all you want to know is why do guys pull away before they commit?

When men pull away, they have reasons.

And one guy’s reasons can be different from another’s, as you’ll see below.

The signs he’s pulling away can also be different.

Let’s start by getting clear on what those signs are.

Is He Pulling Away?

He’s so distant lately. And he’s not around as often as he used to be. You wonder if he’s pulling away or if something else is going on, and you’re just misinterpreting his behavior.

If he’s showing any of the following signs, you’re most likely not.

If some of these sound familiar, it’s time to look at 13 of the most likely reasons he’s pulling away. Jot down the ones that seem most likely to you. Those notes will come in handy.

Why Men Pull Away: 13 Leading Reasons

Why do men pull away? Chances are, one or more of the following reasons will strike a chord with you. And the more mindful you are of what’s going on between you, the sooner you can get to the heart of the issue the next time you talk to him.

If this is the reason, the truth will hurt. He’s not interested in a monogamous relationship — or not with you, anyway. He’ll make you feel like you’re the only one for him, but do a little digging, and you’ll find he’s using the same approach on other women, too.

Confront him, and he might respond with something like, “Oh. I thought you knew. I like what we have, and I’d love to keep seeing each other…” But, compliments aside, you’re not enough for him.

And you know you deserve better.

2. He wants a low-cost relationship.

He likes the fun stuff you do together, and he might even be okay with dating you exclusively — as long as you don’t ask too much of him.

Don’t expect this guy to cancel his plans to be there for you if you’re sick or grieving. The less you count on him for anything, the happier he is to be your boo.

It may be that he secretly wants more from a relationship. But if you tell him what you want and he’s not into that, he’s more likely to pull away.

He doesn’t consider you worth the trouble.

3. He wants a submissive / doormat girlfriend, and you’re not it.

He wants a girl who will make him the center of her universe. He can’t tolerate a partner who doesn’t give him everything he wants or who won’t let him do what he pleases.

Tell him “no,” and he gets angry. Stand up to him or disagree with one of his opinions, and he feels personally attacked and disrespected.

He wants a doormat — or submissive arm candy. Girl, walk away.

4. His work or money situation is causing him stress.

He may be stressed about his job or worried about unemployment or the fact that he’s not earning enough to support the lifestyle he wants.

Maybe dating or being in a relationship has gotten so expensive, he’s resorted to using credit cards, and now his monthly expenses have gone up. But he doesn’t want to tell you this for fear you’ll think less of him.

It’s difficult for anyone when something limits one of their primary sources of freedom: money, health, or work. And with his pride riding on it, it’s not an easy thing to talk about.

5. He’s looking for a more confident and independent partner.

He sees you as someone who needs him too much. If he’s ever described you as needy, this could be the reason why he’s pulling away. Much as your guy likes to be needed, he also prefers women who are as comfortable with their own company as they are with his.

If he wants an equal partner, he also wants to see you demonstrating both independence and self-confidence. He wants a woman who loves herself and is strong without him.

If you don’t know your worth, and you look to him for constant reassurance and praise, he might be pulling away to protect his own energy and restore what he’s lost.

9 Of The Most Effective Communication Exercises For Couples

6. He’s holding out for someone with whom he feels a stronger connection.

Your conversations stay on the surface because neither of you feels comfortable discussing serious subjects with each other.

You don’t have much in common (other than the physical stuff), and he’d rather spend time with people to whom he feels more connected. And right now, that’s just not you.

Be honest with yourself about what you do have in common and whether he’s the first person you think about when you want to have a heart-to-heart talk about something.

7. He’s not sure why yet, but he feels the need for some space.

He senses something is off between you two, and he’s not sure what. But he needs time to think about where the relationship is headed — and what he really wants.

Or maybe he thinks he needs to give you space to “cool down” after a conflict between you. He’s hoping after a calculated absence that you’ll care more about making up than about what came between you. And sometimes, you will.

Sometimes, though, what came between you is worth remembering.

8. He’s looking for a way to say goodbye.

He’s already decided (or half-decided) to break things off, but he’s not sure how to do it. So, he’s pulling away a bit, hoping it will make it easier for him to know how to say goodbye.

And it might — especially if he meets someone else who captures his interest. Or he might simply gather the gumption he needs to tell you he wants different things (and/or people).

In either case, it’s something worth discussing when he’s ready to talk.

9. He’s hoping you’ll take the hint and break things off (so he won’t have to).

In some cases, the guy wants to break it off, but he doesn’t want the unpleasantness of a face-to-face breakup. So he’s acting like a tool and hoping you take the hint.

If you break things off, he can just accept it calmly (like the cool guy he thinks he is), wish you the best, and move on. And, voilà, you’ve done the heavy lifting for him.

All he had to do was be his worst self. And that’s a lot easier.

10. He needs time to process a new challenge.

He’s not used to challenging relationships and needs time to process a recent conflict between you. He may decide the relationship isn’t worth the stress, or he might come back with a renewed commitment to overcome any challenge between you.

For now, give him the time and space to deal.

He doesn’t want what you want. If you ask him, “Where do you see us a year from now?” he doesn’t know what to say (unless he’s good at lying and wants to throw you off the scent).

He’s just “seeing how things develop” between you — because that’s easier than admitting the relationship is going nowhere.

The next time you get the chance, ask him about his future vision and whether he sees you in it. The sooner you know the truth about this, the better for you both.

12. He’s going through something.

And he doesn’t feel comfortable discussing it with you (yet). Maybe he’s stressed over family drama, or maybe he’s rethinking his choice of career.

Whatever it is, he’s gone through something stressful and doesn’t feel like talking bout it.

Much as you want to be his closest confidante, your relationship hasn’t reached that level of depth yet. And if you’ve been together for a while, that’s bound to hurt.

He might let you in at some point, or he might not. Ask yourself how long you’re willing to wait.

13. He’s insecure and trying to avoid a messy breakup down the road.

He’s backing away now to protect himself, possibly because he’s come to expect rejection.

It’s not enough to hear you say you’ll never reject him. He’s pulling away to create some emotional distance, hoping the inevitable break-up won’t hurt as much.

He sees your relationship through the filters of his past and of his low self-esteem. It’s not really about you, but it certainly does affect you.

And it’s worth talking about the next time you get a chance.

What to Do When He Pulls Away

If you’re asking, “When he pulls away, should I do the same?” the answer is yes. The alternatives are either standing still or pursuing him, neither of which will do you any good. When you pull away, too, you can focus your energy on cultivating self-love.

Here are some ways to do that:

In short, focus on loving yourself rather than on whether he loves you. If he draws near again, you can talk about what you both want and what to do next.

Now that you know why men pull away, what will you do?

You know the signs to look for when men pull away. And you’ve looked through the 13 top reasons why they do it.

Now you might be wondering how you can protect yourself from running right back into a similar situation with another guy.

You already know what to do: Focus on loving yourself and on pursuing your own goals.

When you’re confident of your value and personal power, you’re less likely to waste time with someone who isn’t ready for a real relationship.

You won’t settle for less than a partner who shows up.