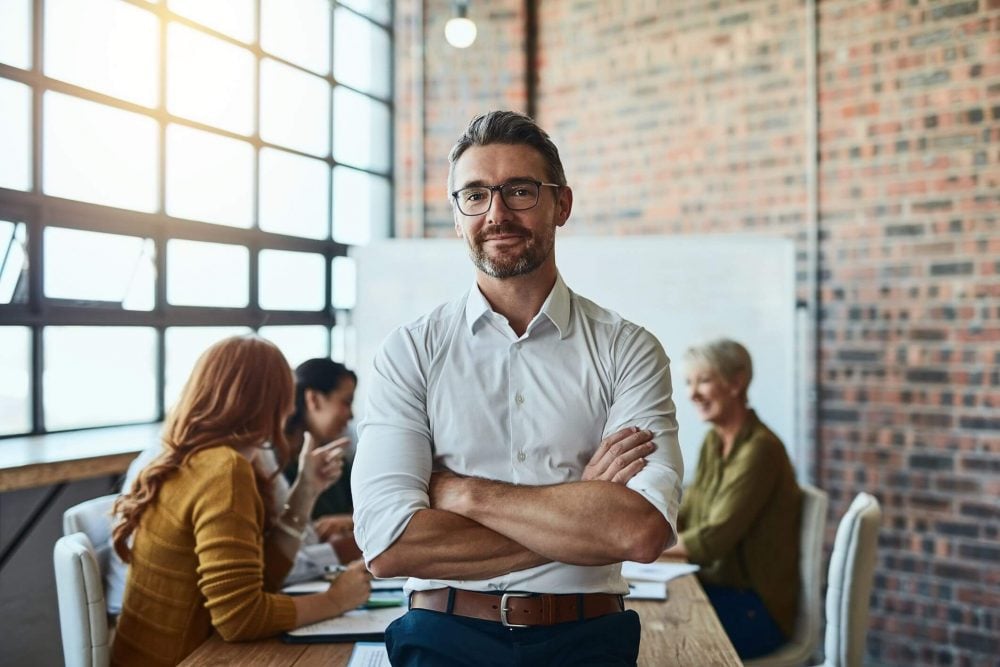 There are times when someone’s dominant behavior puts you at ease — not because they’re literally dominating you but because their strength of character and presence makes them feel safe to be around – and safe to connect with.

You’ve been warned about bullying or manipulative partners.

But dominance isn’t always about making another person submit to you.

And if you’ve ever been attracted to a dominant man, you know few things are as compelling as one who uses his power for good.

What Is Dominant Behavior?

Dominant behavior, by itself, doesn’t make anyone a leader or someone to admire or emulate.

Dominance, at its best, is a means to an end that does as much good as possible; it’s not an end in itself. It’s a tool.

The person wielding it should try, as much as possible, not to be one.

Since some women want a more dominant man and some do not, it’s important to know the signs of dominance and how they contribute to a man’s overall character.

What are the best possible results of dominant behavior?

11 Signs of a Dominant Man

How do you know if someone is dominating you? Or what are the signs of dominance in a relationship?

And when can they be beneficial rather than harmful?

As you’ll see in the following examples, being dominant in the best sense can make relationships better.

1. He exhibits self-control and self-discipline.

The dominant man is not a slave to his passions or to his appetite. He practices self-discipline to dominate his own body and its inclinations because he knows this is necessary for his success and happiness.

Because of this, the dominant man is more likely to be physically fit and strong than someone who only fancies himself dominant but has no real self-control or self-discipline.

When the dominant man indulges in something, it’s always with mindful moderation.

2. He knows (and uses) the power of body language.

He recognizes and appreciates body language that puts others at ease and makes them feel appreciated. Look for the following body language signals of someone comfortable in a dominant role:

3. He knows he’s a work in progress, and he does the work.

The dominant man doesn’t pretend to have everything figured out. He leads others not because he knows everything but because he’s always learning and improving himself. And following him is the best way to learn how he’s doing that.

He knows he’s not perfect, and he doesn’t expect others to be. That said, he does have high expectations of himself, and he strives to meet them.

But he doesn’t obsess over how he compares to other men. He doesn’t need to.

He knows most people are doing their best to learn and grow, and he respects those who are humble enough to admit when they’re wrong and learn from their mistakes.

When he stumbles or gets knocked down, he gets back up. And rather than waste time complaining or blaming someone else for the obstacles he has to overcome, he just gets down to it.

He knows when to keep moving toward the same goal and when to pivot. And when he makes mistakes, he learns from them and keeps going. He expects others, including his partner, to dust themselves off and do the same.

And he respects those who can do that with a sense of humor.

He has goals, and he takes purposeful action toward them every day. When he identifies what he wants, he makes a plan and breaks it down into tasks he can undertake.

He’ll also identify people he can learn from, who can help him along the way.

The dominant man doesn’t use people without regard for their well-being, though. Whenever possible, he’ll find a way to return the favor and to pay it forward. He knows the value of gratitude and shows it in his words and demeanor.

He doesn’t give up or let setbacks weaken his resolve. He sees purpose (not defeat or “bad luck”) in every detour and obstacle. If anything, he’ll smile, wink at the universe, and find new ways to get to where he wants to be.

He doesn’t expect instant gratification, and he doesn’t need it. He gets the ball rolling and patiently guides it in the direction he wants it to go.

He doesn’t take setbacks personally or talk as if the world is against him. He just reassesses the landscape and finds another way to win.

When he enters the room, his presence commands attention. He radiates confidence, good humor, and wisdom he’s earned by being observant and humble enough to learn from others.

He can spot false bravado a mile off and calls it what it is — a pathetic trumpery.

People follow him because they see in him what they want to see in themselves. He takes everything that happens with equanimity and is quick to step up when help is needed. Many would love to be like him, but few are as ready to do what it takes.

He’d rather be wrong than to hang back and watch others take risks.

He overcomes his fears by facing and, ultimately, conquering each fear. He’d rather face a fear than allow it to hold him back or stand in the way of reaching one of his goals.

And when he’s in a relationship, he’d rather take a risk to show the one he loves how he feels about them than to fake nonchalance and “play it cool” to protect his ego. He’ll risk humiliation to go after what — or whom — he wants in his life.

No one can pressure or manipulate him into doing something he has no intention of doing. He’ll give each request the consideration it deserves and offers a clear, decisive answer.

Needling him to change his mind rarely (if ever) yields encouraging results. He gives thought to his answers and, when others might be wringing their hands, he’s already moved on.

He keeps track of the time he has and honors his commitments to others and to himself. He won’t sacrifice those or flake out on someone to please someone else.

10. He speaks with clarity, confidence, and calm.

When he has something to say, he says it. And he says it without rushing and without unnecessarily elevating his voice. Every sentence is measured, thoughtful, and clear.

He also knows how to use a silent pause and facial expressions to his advantage. Others may notice he has a way of getting people to talk without pressuring or intimidating them.

People naturally open up to him, only later wondering why it was so easy to do so (or so difficult to stop).

Not only does he attract people to his side, but he also makes them want to impress or amuse him. And while he’s gracious, he also knows when it’s time to leave.

11. He has zero tolerance for bullies.

He’s not a bully himself and has no tolerance for those who use quasi-dominant behaviors to bully others.

He sees right through them for what they are: weak, insecure, loud-mouthed man-babies (i.e., losers).

The only people who mistake such bullies for dominant men are weaklings who don’t know the difference between healthy masculinity and its toxic counterfeit.

The truly dominant man doesn’t have to point fingers and compare himself to the bully to draw people away from him; all he has to do is provide a superior example by walking into the room and being himself.

Do you recognize any of these signs of a dominant man?

If you’re reading this to learn what it means to be a true dominant man, we hope you’ve noticed some of these traits in yourself. Now you know which ones to work on.

If you’re reading this because you’re attracted to dominant men (not self-centered wannabes), we hope this post helped you recognize the qualities that make them so magnetic and difficult to ignore.

What qualities do you admire most? And which will you start to cultivate this week?