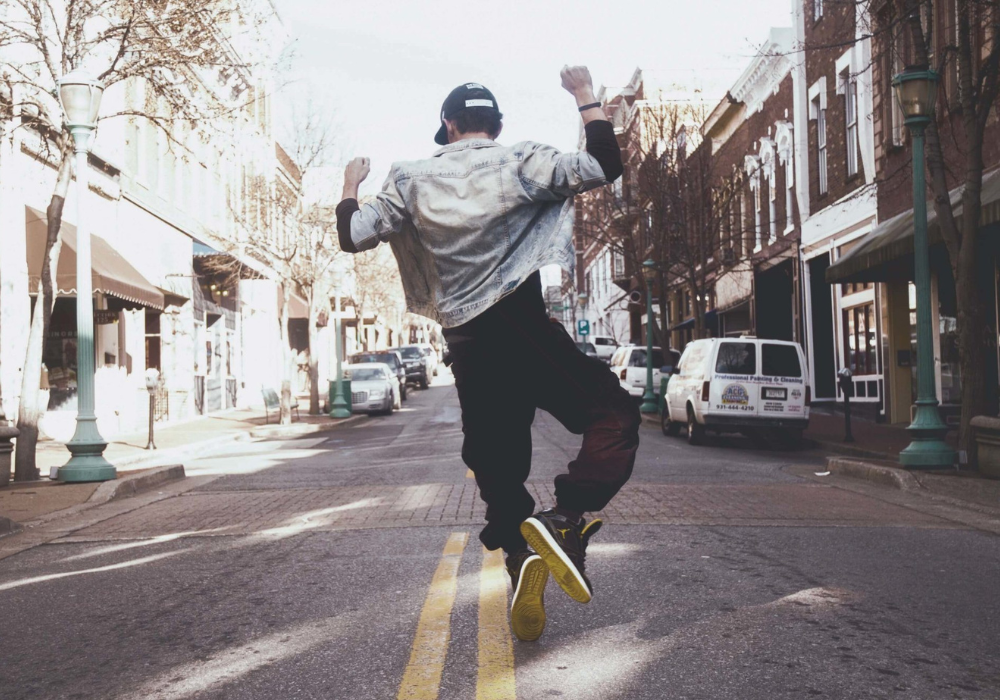 He isn’t your average dude. He certainly isn’t an alpha male – far from it.

This guy follows the beat of his own particular drummer, who is banging out a tune that only he knows.

Understanding the omega male and his personality traits can help you gain better insight into yourself if you are one or someone you care about who may be one.

What Are Omega Men Known For?

These men are known for their ability to remain fiercely independent while maintaining the masculine and powerful traits of those classified as alpha men.

Today, those who are considered omega men are viewed as the opposite of alpha males. Yet they still retain some of the more positive traits that alpha men bring to the table.

While alpha men may try to go along with the crowd or with society, omegas tend to go off on their own and carve out their own unique and independent path.

They may also be more introverted than the traditional extroverted alpha male, giving them more time for introspection and self-guidance rather than relying on the pack and external sources of society to lead the way.

These men are proud to create a journey that is uniquely their own.

They are rarely influenced by other members of society, regardless of their current status or positions of power.

What Is an Omega Male? 17 Traits You Should Know

You may be wondering, what does it mean to be an omega?

These men are typically the opposite of alpha males, but not necessarily in a bad or detrimental way.

They possess numerous qualities and personality traits that help them stand out from the crowd.

This guy is fiercely independent, to the point that it may interfere with his ability and desire to cultivate new friendships or romantic relationships.

Because he is not attached to any preconceived notions of how societal norms, he is much more likely to march to the beat of his own drum, even if others do not quite understand his motivations.

He does not like being told what to do. His desire to be free and independent is often confused with stubbornness.

Another way to tell an omega male apart from an alpha or a beta male is his striking ability to remove himself from any influence around him, culturally and societally.

He isn’t easily influenced, especially if he views the influence as detrimental or even non-productive to his everyday life.

He prefers to make all of his own decisions and disregards peer pressure to change his mind.

3. Carves His Own Path

This unique man enjoys carving his own path in life. For those unfamiliar with this personality, it is not wise to direct him or attempt to keep him locked into one way of living for the rest of his life.

Most omega males prefer to forge their paths without interference and will not be tied down with relationships or long-term careers.

4. Has a Childlike Nature

One joyous personality trait they possess is their childlike nature. They never lose their sense of adventure and never stop exploring the unknown, even when venturing into the world around them or switching to a new career path.

This man can find humor in any situation, including dire and morbid scenarios, helping them to find lightheartedness everywhere in the world, even during trying times.

If you are ever in need or trouble, turn to the omega male for help. He enjoys helping others and is willing to do so without anyone pandering to his ego.

He recognizes the need to help others regardless of their gender or physical abilities and is willing to do so out of the kindness of his heart in most instances.

Whenever you are in the presence of this personality, you will feel comfortable asking him for help.

You will rarely feel intimidated or nervous about approaching him, as he does not attempt to use his physical stature to establish his presence in front of anyone.

Whenever you spend time with him, you notice his open-mindedness, regardless of your situation.

These men are less judgmental than alpha or beta males, as they understand that everyone has their unique and individual path in life.

They also understand that it is not their place to judge others about their journey, which is why they remain open-minded, even in situations that are irrelevant to them or do not resonate with them individually.

If you have ever met an omega guy, you will quickly learn all about the endeavors, careers, and opportunities that he is interested in.

For some, this man may appear scattered-brain, especially when he is around individuals who have a one-track mind or are dedicated to one career.

The guy with these traits is excited about dabbling in various career paths and creative endeavors, allowing him to explore more in the world while learning more about himself and his inner desires and whims.

He rarely remains in one career for a lifetime, as this will ultimately become dull to him without constant changes and improvements to his position and the work he completes.

8. Has a Mischievous Side

This type of guy is frequently mischievous, as he has a jokester personality in many cases. He isn’t afraid of cracking jokes or even making fun of himself, as he rarely allows his ego and vanity to get in the way.

He also enjoys playing pranks on others and having fun with life rather than taking it too seriously.

He understands how the world works and has a natural curiosity that comes with that knowledge, further pushing him to pursue unique adventures and paths in his everyday life.

7 Dynamic Traits of an Alpha Male

9 Traits of The Delta Male Personality

9. Has a Quirky Streak

If you’ve ever been around this personality, you likely know it by the quirkiness he radiates. Many are unique in their own right and do not attempt to conform to societal standards by any measure.

While he may appear as an alpha male, he will not attempt to fit in with other men or compete with them, even when other men and women surround him.

They love to work on themselves and enjoy and embrace their quirkiness rather than repressing it to appease other men.

Because he enjoys dabbling in all areas and walks of life, he is likelier to find himself bored in less time than other guys.

Omega males prefer to be constantly active in their everyday lives, whether in their careers or the hobbies and activities they enjoy outside of work.

They do not typically enjoy sitting around without learning or working on a constructive activity.

Many prefer to remain single for an extended period throughout their young adulthood.

In some cases, they prefer to remain single well into adulthood, allowing them more time to focus on building their careers, exploring hobbies, or even building a brand new blueprint for their desired life.

This guy rarely succumbs to pressure from society to pursue romantic relationships and the building of a family unless it is his wish.

12. Can Be Inclined to Lawlessness

Unfortunately, an omega may also be more inclined to lawlessness when living his independent and freedom-loving lifestyle.

While most typically follow and abide by the law, some prefer to create their own rules and see the confines of “law and order” as too restrictive.

13. May Have Boundary Trouble

In some cases, this guy may have difficulties with boundaries, especially when working with others or attempting to form romantic relationships and bonds with them.

Because he is fiercely independent, he may not understand how to maintain and respect boundaries if he does choose to build friendships or romantic connections with others.

Unsurprisingly, omega males are typically as confident, if not more confident, than any alpha males in their circles.

He is not arrogant or cocky, as some alpha males might be labeled. He is simply self-assured and content with the person he is becoming.

He does not allow outside influences to shape his existence but rather uses external forces to make informed and well-thought-out decisions about the trajectory of his life.

15. Has Unique Interests and Hobbies

If you’ve ever been around this type of man, you have likely discovered that he has some unique interests and hobbies.

Many veer away from traditional hobbies, like working on vehicles or watching sports each Sunday (although they might enjoy these as well).

He enjoys exploring the unknown and tapping into his internal wishes, dreams, desires, and creative thoughts.

Most have unique hobbies that genuinely help them to stand out as individuals, which is why they are so memorable.

16. Is Sincere and Honest

If you are looking for someone honest, sincere, and authentic, look no further than an omega male.

These men prefer to be honest and straightforward while being sincere and as helpful to those in need as possible.

He does not need to prove his masculinity or his abilities and will help others with honesty and sincerity without expecting much, if anything, in return.

He typically sees the success of other men and peers as collective success rather than a competition of his own.

Understanding omega males and their personality traits can help you better understand the hierarchies among men today.

Knowing that they are the opposite of alpha males and have many positive qualities, you can better understand how men view themselves and their places in today’s society.

You can also discover how to respect and interact with any men in your life who possess these personality traits.