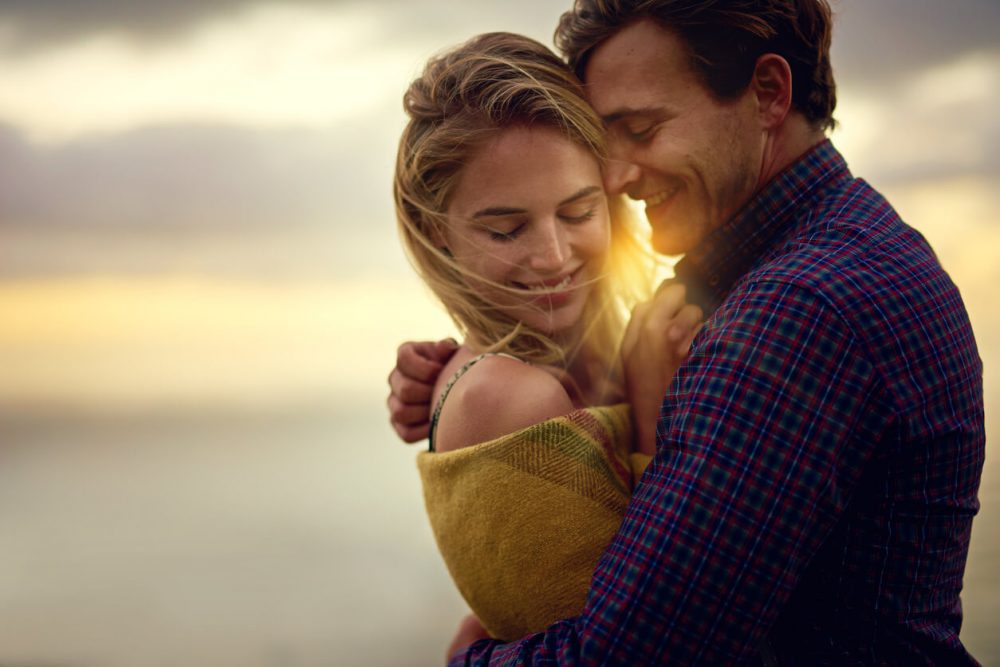 When you hear the term “alpha male,” you probably think of a womanizing bad boy, a ruthless jerk, or a smooth-talking player.

But while there is some underlying truth to these alpha male characteristics, such overgeneralizations give alpha males a lousy reputation.

There’s a lot more to this complex man.

The alpha male personality is unique, and those who fall into that category can be difficult to figure out.

But that’s true of any personality type.

How Do Alpha Males Show Love?

They tend to have difficulty expressing their emotions and show their love differently than other guys.

Dating an alpha male can prove challenging if you don’t understand where they’re coming from.

Alpha males are the leaders in their relationships. They aren’t controlling, but they are very open about what they want, and they don’t wait for a potential mate to approach them. (Note that this doesn’t mean his partner can’t be in control of her own life. He often likes when she is.)

An alpha male often has difficulty expressing his emotions, making him appear cold or intimidating. Understanding his uniqueness can help you deal.

The bottom line is what makes for good boyfriend material is highly subjective. Every woman prefers something different– what is attractive to you might be a nightmare for another.

But there are typical alpha male behaviors that make them desirable in relationships.

Can An Alpha Male Be Loyal?

There are some common misconceptions about alpha males and their ability to be in a monogamous relationship. People think of them as cheaters and womanizers.

It’s true that an alpha male can talk to women with ease, can generally get whatever woman he wants, and has likely had his share of partners. But in reality, alpha males are typically loyal and committed in relationships– and he expects the same from you in return.

They aren’t easily scared off and tend to stick around during turbulent times. He also might get angry at anyone who upsets you.

Alpha Males in Relationships: 15 Behaviors to Expect from Your Alpha Guy

Everybody has unique qualities that make them who they are in relationships. Some are loud, and others are quiet. Some partners shower their significant others with love and attention, and there are some whose feelings have to be dragged out of them.

It’s important to point out that while there are some common relationship behaviors in alpha males, not all of them apply across the board. Some men possess them to a greater degree than others, and some do not.

Here are 15 of the most common attitudes and actions of alpha males in a relationship:

Alpha males are usually very confident. They exude self-assurance, and they don’t let your opinion influence their own. They hold firm in their beliefs even when challenged.

They’re also confident in their ability to get what they want– including women. They don’t let self-doubt cloud their judgment or let it get them down. They unapologetically pursue what they want.

Alpha males have great respect for themselves and others, and they require respect from others in return.

Alpha males don’t hesitate to take action. It might seem like they’re fearless or don’t care about the consequences of what they do.

On the contrary, they still have fears and question their adequacy, but they push past it and do the thing anyway. They don’t let setbacks stop them from getting what they want.

They accept life’s challenges and face them head-on, often taking advantage of opportunities others miss out on.

An alpha male cares deeply about his loved ones.

He’ll do anything to protect and defend his partner, which can sometimes bring out his aggressive side. He won’t necessarily start a fight, but he will express his disapproval if you were treated poorly or wronged in some way.

He wants to make sure you’re safe. He’ll walk you to your door or make sure you get home okay, and he’ll check in at other times just to see how you’re doing.

If nothing else, alpha males are natural leaders. They’re influential without being overly pushy, although they do stand firm in their beliefs.

They know when it’s time to be a follower, but their tendency to take the initiative means that’s usually not the case. More often than not, alpha males are at the forefront of a problem and don’t wait to take action.

They quickly evaluate their options and have exceptional decision-making capabilities. Alpha males thrive in high-pressure situations.

5. Self-aware of his strengths and weaknesses

An alpha male knows his strengths and is equally aware of his weaknesses. His flaws don’t limit him. But instead, he accepts them or tries to improve them. He believes in himself but, at the same time, is realistic about his abilities. He works hard to change what he can change while accepting what he cannot.

He’s also quite humble. An alpha male is proud of his accomplishments, but he doesn’t let the success go to his head.

He isn’t always the strongest, but the alpha male tends to take care of his body. He leads an active lifestyle, whether he regularly goes to the gym or engages in other physical activities.

He eats well, but he doesn’t obsess about it. He enjoys treats and doesn’t deprive himself, but he cares about his health. He is thoughtful about how he treats his body and takes real steps to nourish it.

7. Honest to a fault

Alpha males are upfront about what they think. They don’t sugarcoat their thoughts and opinions– they tell it like it is, even when doing so is tough. While they don’t intentionally hurt your feelings, sometimes that’s the accidental result of their directness.

The alpha male is also honest about who he is as a person. He doesn’t hide from his mistakes– he confronts them. He owns them, learns from them, and moves on.

The alpha male is very self-aware. He knows who he is, who he wants to be, and what he likes and dislikes. And he’s good at communicating this information to others.

He doesn’t shy away from obstacles or seasons of change. He thinks rationally and shows empathy. Rather than lose his cool, he maintains control of his emotions even in the most trying of times.

The alpha male faces challenges with an open mind and thinks about the consequences of his actions.

9 Compelling Characteristics Of A Hero

Alpha males know what they want in life. They are goal-oriented and take action to make things happen. These guys feel motivated to improve wherever possible. They’re determined, disciplined, and persistent.

They give it their all– whatever it is. This focus on pushing forward tends to make them stubborn at times.

They aren’t afraid to say no either. They’re focused on their needs and tend to put themselves first. They know they can’t help others if they don’t care for themselves.

Alpha men like to look and feel good. They are typically handsome, and they tend to put their best foot forward. They maintain their appearance, are always well-groomed and dress appropriately for the occasion. They like to look presentable.

Their posture and body language are essential to them, and their confidence is usually showcased here. They stand tall and proud with their shoulders back, make appropriate eye contact, and speak clearly and concisely.

The alpha male is usually a lot of fun to be around. He’s entertaining with plenty of stories to tell. He doesn’t take himself too seriously and has no problem laughing at himself. In fact, he tends to make light of his shortcomings and mistakes before anyone else has a chance to.

Conversation flows easily and naturally with the alpha male. He’s usually open-minded and understanding, and he isn’t easily offended.

Alpha males are men of their word. They generally keep their promises, and they follow through with their plans. They don’t usually cancel– if they say they are going to do something, they do it to the best of their ability.

Time is valuable to them. They aren’t ones to show up late or unprepared–at least not without good reason.

Alpha males are generous as well. They step up to help you whenever and however they can.

The alpha male type stays true to himself, regardless of who is in his life or to what capacity. He doesn’t let his relationships determine who he is, what he does, or how he thinks. In fact, he’s pretty adept at balancing work, home, and self, and he doesn’t allow any particular aspect to overrule another.

He follows his interests, maintains his friendships, and isn’t afraid to do things without you or anyone else.

His directness is sometimes mistaken for aggression. The alpha male is dominant and powerful, but he isn’t controlling as stereotypes suggest. He knows what he wants and will fight for it, but not in a domineering way.

He doesn’t go looking for fights, but he definitely doesn’t back down when faced with one either. He’s also not likely to lose a fight when he does engage.

He stands up for what he believes in– even when it means he stands alone. He doesn’t alter his values to please others.

It’s common for alpha males to be charming and friendly. Their strong communication skills make them easy to talk to, and people naturally want to be around them. They’re genuine in their conversations and easily relate to people from all walks of life.

Alpha males are also supportive of those close to them, encouraging others to work toward goals and live their best lives.

Genuine alpha males don’t try to be alpha males. Rather, they just try to be the best person they can be. Sure, they have flaws– but isn’t that true of everyone?

Knowing the signs of an alpha male can help you understand why he is the way he is, if he’s a good personality match for you, and how to get along with him.