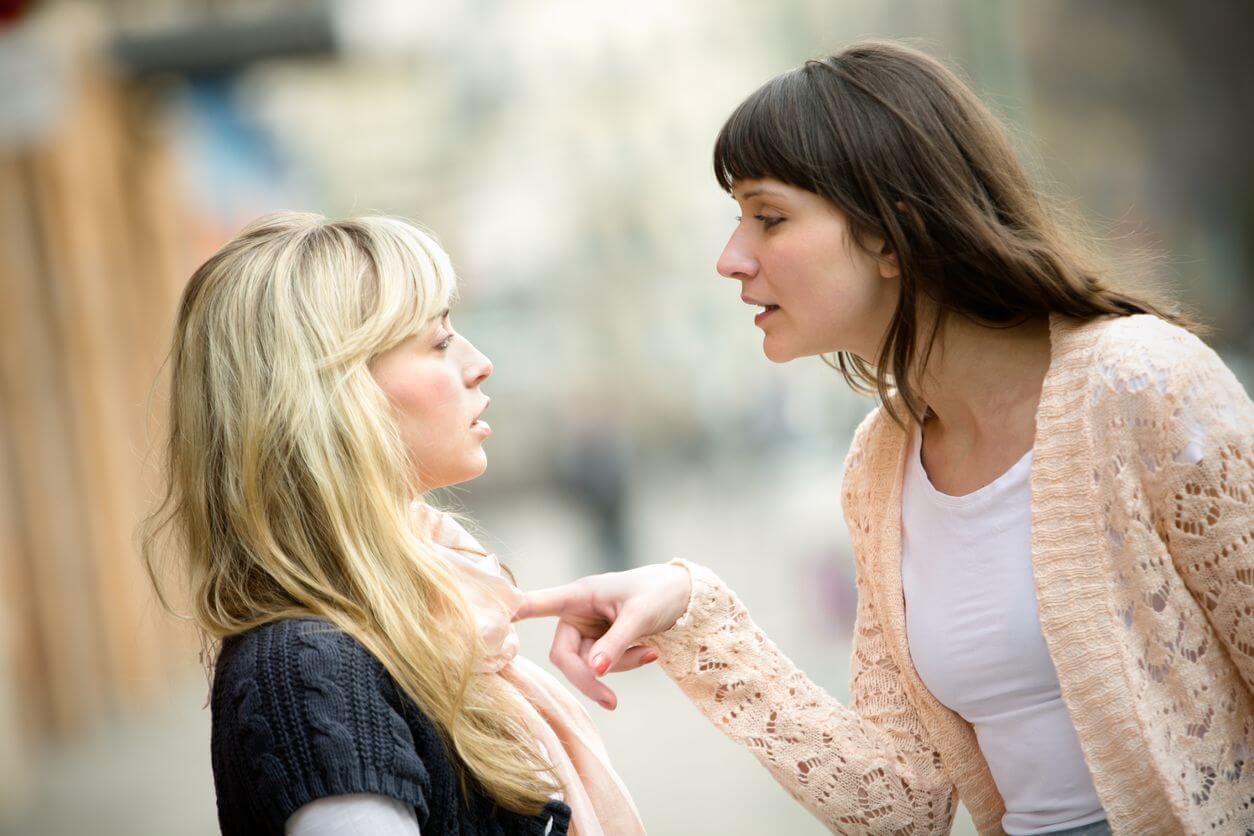 Being abrasive or having an abrasive attitude doesn’t make you a terrible person.

But it can make you difficult to be around.

Even if you’re the best at what you do (and you really are), you’ve noticed people act uncomfortable around you.

It’s obvious they’d rather be somewhere else.

And you’re not invited.

You’ve heard the word “abrasive” (among others) connected with your name.

So, what does it actually mean  — and what can you do about it?

What is An Abrasive Personality?

There are two types of abrasive people:

The first type is often narcissistic or self-centered; their ego is more important than how their words and actions affect other people.

It doesn’t make them irredeemable, but it often makes them difficult to be around.

Other people’s reactions to them often mystify the latter type; they often mean well but have a knack for saying the wrong things and unintentionally hurting or angering the people around them.

If you identify with this, you probably want to have better relationships. You’re just not sure where to begin.

Read on for a detailed list of nine highly noticeable traits of an abrasive or harsh personality. Make a note of those that sound most familiar to you.

1. You lack empathy (or at least appear to).

No one would describe you as an empath. If you’re aware of other people’s feelings, you give no evidence of that. You don’t behave as if you’ve given any thought to the possible impact of your words and actions on others.

It’s not (necessarily) that you don’t care. You just don’t see what other people’s feelings have to do with the way things are. Why can’t people just look at the facts as you do?

Everyone has a right to your opinion, and you’re quick to provide. It’s not that you think others have less right to their opinions than you do, but you’re more likely to say exactly what you think — and to argue with those who disagree aggressively.

You don’t just like to have the last word; you need to. Too much depends on your being right. And while you quickly discount others’ feelings, you’re often ruled by your own.

3. You’re proud of your preference for “telling it like it is.”

You don’t see the point of mincing words and tend to think less of those who do. Why not just get to the point and “say what everyone else is thinking?” Or if you’re the only one thinking it, other people should get on board ASAP.

So, what on earth is taking them so long? It’s not as if you haven’t already done all the work to reach the only viable conclusion. Anyone who disagrees must be slow or in denial.

Thanks to your lack of empathy and general egocentrism, most people find you difficult to be around for any of the following reasons:

You think most people are too sensitive and need to “toughen up,” not only to survive but to get anywhere in life. You don’t believe in “coddling” anyone with a soft-pedal approach.

Your goal might be to help others grow a thicker skin, but you’re either unaware of or indifferent to the trauma you might be inflicting.

After all, you went through hell’s own gauntlet yourself, and you “turned out okay.”

6. You are a workaholic.

Being successful is important to you, and lack of productivity threatens that success. Even if you don’t like your job, you’re afraid to stop and risk not having the financial means to do what you want.

You play as hard as you work, too. You don’t believe in doing anything halfway, and you’re quick to criticize those who slack off or take the easy way out. You’ll never be that.

7. Having plenty of money is important to you.

You like money — and lots of it. Having a comfortable excess of wealth is part of your need to be in control. Plus, it makes life so much easier. You’re not alone in this.

The problems come when you’re willing to step on other people to get the promotion you want (which comes with prestige and a nice bump in pay).  You can be greedy and grasping, though you see it as just looking out for yourself.

8. You tend to be nitpicky.

Abrasive people are often critical of others. And they don’t see a point in keeping their critical thoughts a secret. After all, by pointing out what someone is doing wrong, aren’t you doing them a favor?

Why would anyone go out dressed like that if you could spare them the embarrassment by pointing out how ridiculous they look? And why take that personally?

You believe healthy competition is a part of life. And you don’t believe in letting other people win to make them feel better. You don’t take losing lightly, and you’re often an insufferable winner.

Even if you don’t spend the next day or so gloating about it, you never let the “losers” forget how you crushed them. You want them to remember how formidable you are.

Are You A Shy Extrovert? 11 Signs You Are This Unique Personality Type

How to Have a Less Abrasive Personality

The main thing to keep in mind if you’re trying to be less abrasive is to put yourself in the other person’s shoes. If you genuinely care about other people and want to have good relationships with them, start by making the following a priority:

Now that you’re better acquainted with abrasive personality traits, let’s tackle some of the questions you might have.

What does it mean to be called abrasive?

If someone describes you as “abrasive,” it may be because you displayed one or more of the traits described above. It’s not a death sentence, but if you’d rather be the opposite, there are things you can do to be less abrasive and more pleasant to be around.

It starts with treating others as you want to be treated.

Is abrasive personality a disorder?


The DSM-V doesn’t list “abrasive personality disorder” because, for many who exhibit the traits listed above, their abrasiveness doesn’t impair their functioning in the world. It can definitely be annoying and can make life harder than it has to be. But it’s not pathological.

How do you deal with an abrasive person?


Often enough, the best way to deal with someone whose abrasiveness makes them difficult to be around is to spend as little time around them as possible.

If they’re physically or emotionally abusive, you’re completely justified in avoiding them. And if that’s not an option (e.g., you’re a caretaker for an abrasive person), be kind without allowing them to take advantage of you.

What to do when a man is abrasive?


Much depends on who the man is and how aggressively he’s behaving. If you feel unsafe around him, get away as quickly as you can and make it impossible for him to get to you.

If you’re used to his brand of abrasiveness, but you don’t like the way he’s acting, you can tell him.

If he cares, he’ll apologize and back off. If he doesn’t, you’re under no obligation to stick around for his abuse. And you’re doing him no favors by letting him get away with it.

Now that you know what it means to be an abrasive person — or to know one — what will you do differently today?

How do you want your relationships to change for the better?