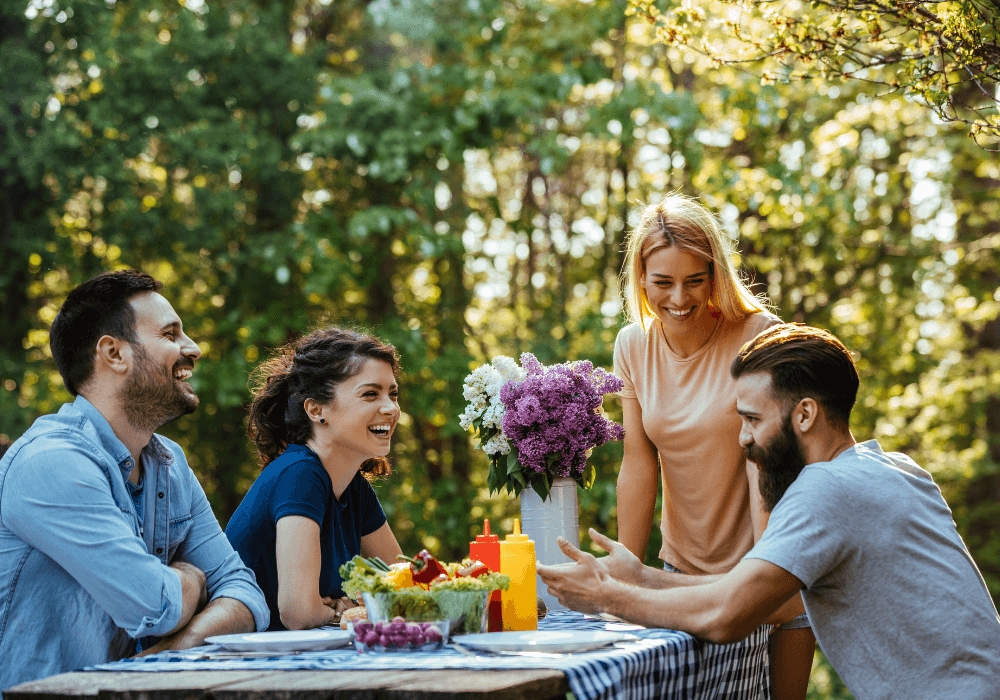 A dry sense of humor relies on subtlety and wit.

You won’t chuckle as you say it to signal that you are joking.

In fact, some people won’t grasp that you were joking.

The humor emerges from the words themselves.

They would be funny written down because their meaning slices straight to the facts and exposes what’s funny — for those capable of understanding it.

What Is a Dry Sense of Humor?

Their tone of voice is normal, and they do not display any emotional cues that invite laughter. A dry joke is literally told with a straight face as if making an ordinary comment.

When it comes to getting the humor of a dry joke, intelligence matters. The audience needs to understand the wordplay or witty interpretation of the situation. Dry humor is the polar opposite of low-brow or slapstick humor that uses physical comedy, disgusting things, or shock to produce a response.

What’s the Difference Between a Dry Sense of Humor vs. Sarcasm

People employing a sarcastic sense of humor often use an exaggerated tone of voice to indicate that they are disparaging the subject at hand.

There can be some crossover with dry humor to produce dry sarcasm if one comments without any emphasis, but sarcasm still possesses distinct traits.

Traits of sarcasm are:

What Are Some Examples of Dry Humor?

Dry humor can happen anytime in daily life if you’re with someone who has a dry wit.

But filmmakers and authors also use dry humor sometimes, providing many excellent examples.

The 1964 classic film directed by Stanley Kubrick, “Dr. Strangelove or: How I Learned to Stop Worrying and Love the Bomb,” draws on many forms of humor, including dark humor and parody. But many scenes in the film lean on dry humor.

For example, when the U.S. president and military leaders confer on an imminent nuclear holocaust with an advisor, they discuss selecting people to survive in deep mine shafts. But they worry that the Soviet Union may have more mine shafts than the United States and will gain an advantage in the post-nuclear war world.

Their discussion is serious and earnest, without any hint that the participants recognize the absurdity of the topic. The joke is that the Americans and the Soviets are so concerned about their rivalry that they can’t grasp the impending annihilation.

When the subject of dry humor comes up, it’s hard to avoid thinking of Oscar Wilde. The Irish poet and author is a titan among dry humorists. His wordplay draws upon common phrases while giving them a memorable twist.

His fame endures because of his talent for sounding serious while eviscerating the subject with funny criticism.

“A true friend stabs you in the front.”

“Experience is simply the name we give our mistakes.”

“I can resist anything except temptation.”

More recent examples of dry humor come from the popular television show “The Office.” The actors deliver much of the humor in a deadpan style. Almost any conversation when the character Oscar tries to explain something to Michael Scott is dry humor.

When Oscar calmly says that declaring bankruptcy requires more than shouting it out to the world, the actor uses dry humor.

How to Develop a Dry Sense of Humor

With dry humor, you can come across as brilliant and humorous without looking like you’re trying too hard. People who get the jokes will credit you with higher intelligence and appreciate your ability to be quietly entertaining.

Observation is the wellspring of most humor outside the slapstick category. If you listen to a Jerry Seinfeld standup, you’ll hear primarily observations of regular life. In the hands of others, what he talks about would be dull, but his jokes are irresistibly funny.

To cultivate your dry wit, you need to start paying attention to everything. To make a witty remark worthy of laughter, strip away the falseness that most of us hide behind desperately.

Observation includes looking at yourself honestly. Listen to what your first impression is of a situation. Your inner voice can be an endless source of inspiration.

Your personal life experience also presents fertile ground for growing good jokes. Your experiences can give you insights into something other people don’t know but will find funny when they hear your truth.

Dry humor depends on an excellent grasp of the language. To succeed at wordplay, you need to know words and how to twist them.

Dry humor frequently succeeds because a person finds a semi-diplomatic way to expose an embarrassing truth. To nurture your dry humor potential, study comedians who are successful at it. Steven Wright, Tig Notaro, and Dimitri Martin are known for their dry wits.

Serious stuff consumes most of your life. It’s easy to fixate on the negative and grimly plow through your daily responsibilities. Choosing to lighten up can help you and others find more joy.

When something aggravates you, search for something funny about the situation. The jokes are there, so open your mind and take advantage of the material in front of you.

101 Laugh Out Loud Funny Questions To Ask A Girl

Humor is the stepchild of truth. People laugh at jokes because they remove illusions and expose reality but in a playful way.

One common workplace scenario presents an opportunity for dry humor. A company might spend thousands on sending staff to a team-building retreat to improve productivity. In reality, the team could be more productive if the company invested in software upgrades.

Your joke about how spending thousands on playing silly games with co-workers will help much more than receiving the right tools to do the job can crack up some of your colleagues.

Timing is essential for comedy. Dry humor appears to flow naturally. It’s a comment within what seems to be an ordinary conversation. You need to deliver the joke seamlessly but without acting like you’re kidding around.

The right moment also involves keeping your mouth shut if someone present might get offended by your comment. You don’t need that headache.

However, due to its subtlety and tendency to fly over some people’s heads, dry humor works well in situations when someone may not notice what you’re doing. But others in attendance will admire your stealthy wit.

Dry humor is all about a subdued presentation. You shouldn’t crack a big smile and chuckle at your own joke.

Part of the appeal of dry humor is that it is not about the dazzle. It’s all about tickling the intellect while maintaining a respectful appearance.

When Can Sarcasm Have Negative Results?

Dry wit and sarcasm can create a backlash if the audience dislikes your apparent disrespect for the subject. When people don’t like dry humor or sarcasm, they either don’t get it or don’t want to get it.

People become upset when they can’t understand something. When they don’t want to laugh at something, it’s because they are invested in the information as presented, and joking about it devalues its importance.

To avoid upsetting people with your subtle jokes, try to judge how much the issue means to them. Being witty does not have to cross the line into being impolite.