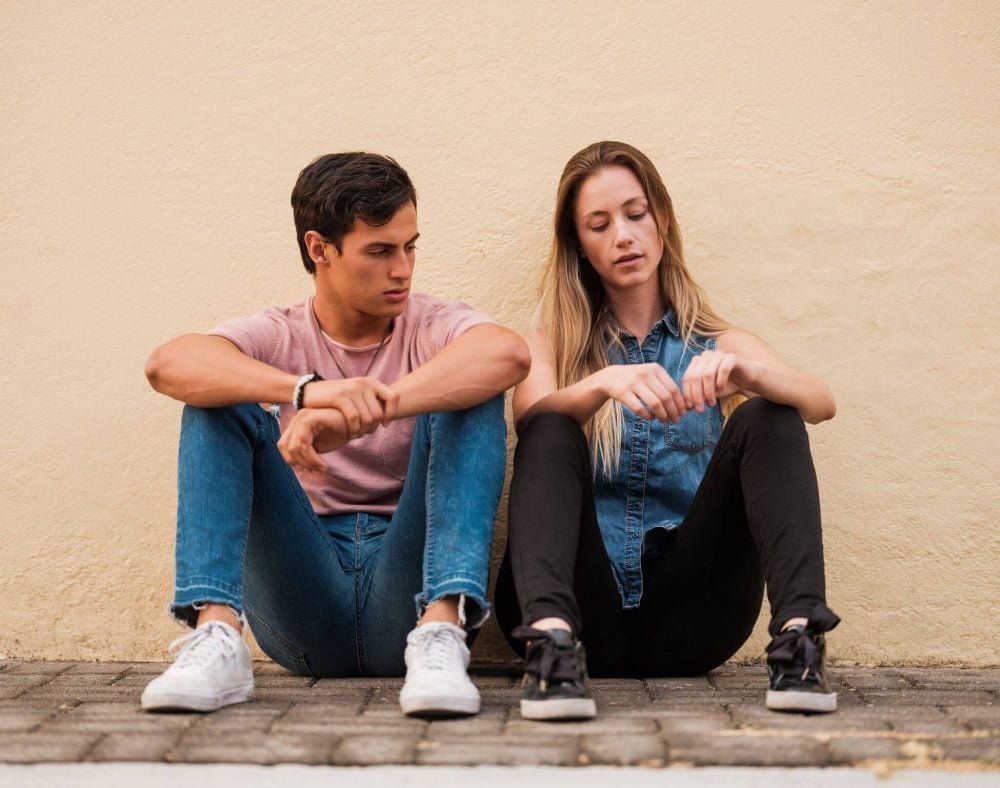 It’s come to this.

You’re here Googling, “How to get rid of daughter’s controlling boyfriend.”

Because you’ve had it with that loser.

You know, the more time she spends with him, the tighter his grip.

You also know she won’t respond well to an ultimatum from you.

If your daughter’s boyfriend is controlling, chances are he’s already been undermining her attachment to her family and friends.

What can you do?

Signs of a Controlling Boyfriend

First things first. You want to know exactly what (and who) you’re dealing with. Here are a few telltale signs of a controlling boyfriend:

Your daughter might think she can smooth out his “rough edges” by loving him as he is, but guys like this are likely only to get worse if no one challenges them.

If he’s got her thinking she can make him a better man by staying and being “patient,” it’ll take more than your pointing out his abusive or controlling behaviors for her to leave him.

11 Steps to Get Your Daughter Away from a Controlling Boyfriend

Now that you know a hardline approach with your daughter won’t work, what can you do to improve the odds she’ll leave her controlling boyfriend?

1. Let Her Know You’re There For Her

Tell her how important she is to you and how, more than anything, you want to see her happy and thriving. Let her know she can always call, text or email, and encourage her to be completely honest about how she’s doing and what she wants to do.

She doesn’t get to take advantage of your readiness to stop what you’re doing to rush to her side (no “crying wolf”), but she should have no doubt you’re in her corner.

2. Listen to What She Has to Say

When she’s the one talking, really listen to her, without interrupting or jumping to conclusions. Let her know you respect her enough to let her get her message across — and then actually take it to heart.

Don’t assume you know better than her about everything. Her experiences are her own; don’t make them about you.

3. Don’t Push Her to Leave Him

Don’t be in a hurry to convince her to leave her boyfriend. Even if his dominating behavior is apparent to you, she may see it differently and feel inclined to defend him against your criticism. In any case, haranguing her to leave him won’t have the intended effect.

Recognize that she’s with this guy for a reason, and those reasons are her own. Find out what they are — what she sees in him — and focus on being there for her.

4. Don’t Try to Manipulate Her

He’s already doing that, and right now, his influence on her may be a lot stronger than yours. Plus, if she picks up on the manipulation, she’s more likely to cut you out of her life, which is exactly what you don’t want to happen.

Right now, she’s likely to be more sensitive to manipulation from you than from her boyfriend since she feels invested in making the relationship work.

5. Maintain a Regular Presence in Her Life

Make time to visit her regularly while respecting her enough to call first and ensure you won’t show up at a bad time. Be aware of how her boyfriend behaves toward her and you.

Visit her to be there for her and show your love. Be there to listen and learn, not to pressure your daughter into doing what you want.

6. Be Polite but Vigilant

Monitor the relationship without being openly antagonistic to her boyfriend, who may try to control and ultimately eliminate your daughter’s access to you:

7. Encourage Her to Spend Time with Others

The more time she spends around people who love her for who she is (and who want someone better for her than the controlling loser she’s dating), the easier it will be for her to see the difference in how they treat her and how her boyfriend does.

The hope is she’ll realize she deserves better and decide to rediscover the single life.

Every compliment should be genuine and heartfelt. If you’re desperate to think of something positive to say about her, then she’ll pick that up. If her parents can’t easily find a lot to love about her, why should her boyfriend?

Focus on compliments she’ll find most meaningful since those are the ones most likely to build her confidence, which she’ll need to stand up to her boyfriend.

9. Help Her Rediscover Her Independence

Encourage her to pursue her interests and spend time doing what she’s good at or what she enjoys. Remind her of what you love about her and times in her life when she was proud of herself (for good reason).

You want her to see that she doesn’t need a boyfriend to be happy or worthy of attention. She’ll get further faster without a controlling man holding her back.

10. Build a Supportive Network for Her

Get friends and family on board and encourage them to reach out to her, check on her, and help her any way they can.

Some of them will be better able than others to show up at all hours, but your daughter should know whom she can call for help whenever she needs it.

Every person in this network should be ready to listen and offer the support she needs in the moment, whether the boyfriend likes it or not.

11. Prepare an Exit and Recovery Plan

Plan for the break-up and how to help your daughter get away from her controlling boyfriend. Try to make it impossible for him to get to her.

Think of all the ways he might try to worm his way back into her life and how you’ll block them (with her cooperation). And don’t forget to help your daughter move closer to the life she wants, supported by people who love her.

Now that you have a better idea of how to help your daughter get away from her controlling boyfriend, let’s tackle some of the questions you might have.

What do you do when your child is in a bad relationship?

Keep the lines of communication open, and let them know you’re there for them if they want to talk or just spend time with you. Women aren’t the only ones who end up in relationships with controlling partners. Keep your mind and your ears open.

Invite them to talk about how things are with their relationship. If they ask for advice or ideas, be honest without pressing them for details or pushing them to break up.

People can change, but it’s hard. And they have to want to change badly enough to do the work.

A husband or boyfriend who’s gotten used to getting his own way won’t see a reason to change unless his wife/girlfriend decides to leave him. And that’s only if he’s determined to win her back.

If he succeeds, there’s no guarantee he won’t lapse into old habits. If he’s genuinely trying to replace them with good ones, though, that’s worth something.

What makes a man controlling and abusive?

Controlling and abusive men are not all alike in looks, physical or intellectual prowess, or social skills. But they do tend to have one or more of the following in common:

Ultimately, they feel they can’t feel happy or at peace unless they control everything and everyone in their world. They want you to be okay with this and even see it as a virtue. After all, they “only want what’s best for you.”

Now that you know how to help your daughter get away from her controlling boyfriend, what will you do differently this week? What can you do to remind your daughter of your love for her — and your readiness to listen?