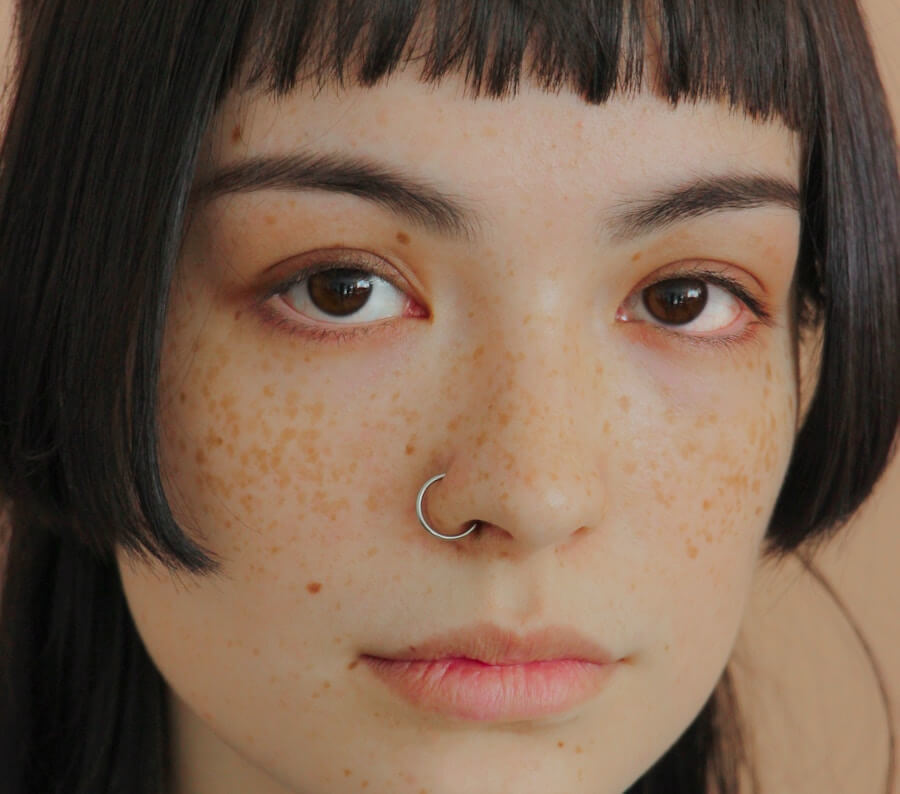 “Beauty of whatever kind, in its supreme development, invariably excites the sensitive soul to tears.” ~Edgar Allen Poe

As long as I can remember, my hyper-sensitivity has been a running theme in my life.

When I was a child, I could easily pick up on the subtle undercurrents going on in my house. When the mood shifted from normal to tense, I was quick to notice it and quick to try to set things right. My mom called me “the little peacemaker.”

When things did get tense or volatile in my household, I felt overwhelmed with the intensity of the negative emotions whirling around me. It made me extremely anxious, and if I couldn’t do anything to make things right again, I’d find a way to escape — through books or play or spending time with a friend.

If any of that tension or anger were specifically directed at me, I was quick to change my behavior or apologize in order to regain emotional equilibrium. I got my feelings hurt easily and was thrown off-balance when someone would say something biting to me.

I felt other positive emotions quite deeply as well. I felt intense love for my parents, became strongly attached to my friends, enjoyed hugs and physical affection, and was easily touched by moving stories, art, or music. I could sense someones’ mood or needs and instinctively knew how to pull the right groups of people together.

As I grew older and lived on my own, I discovered other interesting sensitivities. I was highly sensitive person and more sensitive than most of my friends to medication, caffeine, crowded and noisy environments, and making life changes. And my intense feelings around conflict, arguing, and violence never abated.

But also as I grew older, I learned I had to adapt to a world that wasn’t filled with equally sensitive people if I was going to thrive and be happy. I had to manage my sensitivity where appropriate and learn new skills for reacting and responding to situations that turned up my emotional juice. Does any of this remind you of yourself — or someone close to you? If so, you aren’t alone. And you aren’t crazy or weak or “too sensitive.”

Being highly-sensitive (also known by its scientific term as  SPS, Sensory-Processing Sensitivity) is a normal trait found in 15-20% of the population.

Dr. Elaine Aron is a psychologist, researcher, and pioneer in the study of the innate temperament trait of high sensitivity. She is the author of the books The Highly Sensitive Person

. Dr. Aron has found that not only is high sensitivity a normal trait, it is also innate. In fact according to Dr. Aron, “biologists have found it to be in most or all animals, from fruit flies and fish to dogs, cats, horses, and primates.”

Related: The Problem With Having Too Much Empathy For Others

Some of the traits of a highly sensitive person include:

It was a great relief to read Dr. Aron’s research and realize that my sensitivity doesn’t make me an emotional oddball. In fact, being highly sensitive has many benefits, not the least of which is feeling the good, happy, meaningful things in life even more intently.

But we sensitive types live in a world of people who don’t necessarily understand or appreciate our strong feelings. If you are hypersensitive, here are some tips for living in a less-than-sensitive world:

1. Learn to manage the way you react to your emotions. Highly sensitive people should  allow extra time for feelings to pass before reacting to what others say or do if it feels hurtful or negative. Remind yourself that what sounds harsh or hurtful to you may not have been intended this way.

This is especially true in work environments where overly sensitive reactions are not often appropriate.

2. Minimize exposure to chaotic situations or people who push your buttons, create drama, or have angry or volatile temperaments.

3. Get enough sleep and exercise regularly so you are properly rested and energized to cope with emotionally charged situations and to support emotional equilibrium.

4. Avoid too much caffeine and pay attention to medications and how they affect you. Also pay attention to how certain foods, your hormones, and the weather impact your mood, as you are bound to be more sensitive during these times.

5. Eat healthy meals regularly and prevent yourself from getting too hungry. HSP’s need to keep blood sugar levels steady with a healthy diet to prevent irritable, edgy feelings.

6. Avoid or minimize your time in crowded, highly-stimulating environments like crowded malls or concerts. If necessary, visit these places in off-hours or go to smaller, less-crowded venues.

7. Don’t over-schedule your time or allow others to “steal” too much of your time. Feeling pressured and overwhelmed will flood your emotions and prevent you from getting anything done at all. Learn to say no or to delegate.

8. Practice asking for what you want. Highly emotional people are so sensitive to the needs of others that they fear asking for what they want or need because they don’t want to “cause trouble.” But your built-up resentments over this will emerge in anger or sadness eventually.

9. Create a peaceful, relaxing environment for yourself in your home and office. HSP are especially affected by their surroundings. Make sure your living space, especially your bedroom, is a relaxing, harmonious space.

10. Disengage from the negative beliefs you might have around being a sensitive person. It is hard for people who aren’t highly-sensitive to understand the deep emotions and reactions of their sensitive friends or family members. You can teach the people in your life that being sensitive isn’t a flaw — it can be an amazing gift allowing you to experience life at a very profound level.

If you have a highly sensitive person in your life, simply recognizing how this trait is part of HSP’s genetic make-up will help you understand why they respond the way they do.

You can enhance your relationship with your sensitive spouse, child, or friend by supporting their efforts to create an environment that isn’t over-stimulating, and by being cognizant of the intensity of their feelings.

In general, hyper-sensitive people will be quite responsive to your moods and needs. But eventually this responsiveness drains their energy. Frequently ask the sensitive person what they need from you and be proactive in meeting their needs so they feel heard and respected.

Are you a highly sensitive person or do you have someone close to you who is? What has been your experience and how have you handled any issues that have arisen as a result?

93 thoughts on “Do People Accuse You Of Being Highly Sensitive?”