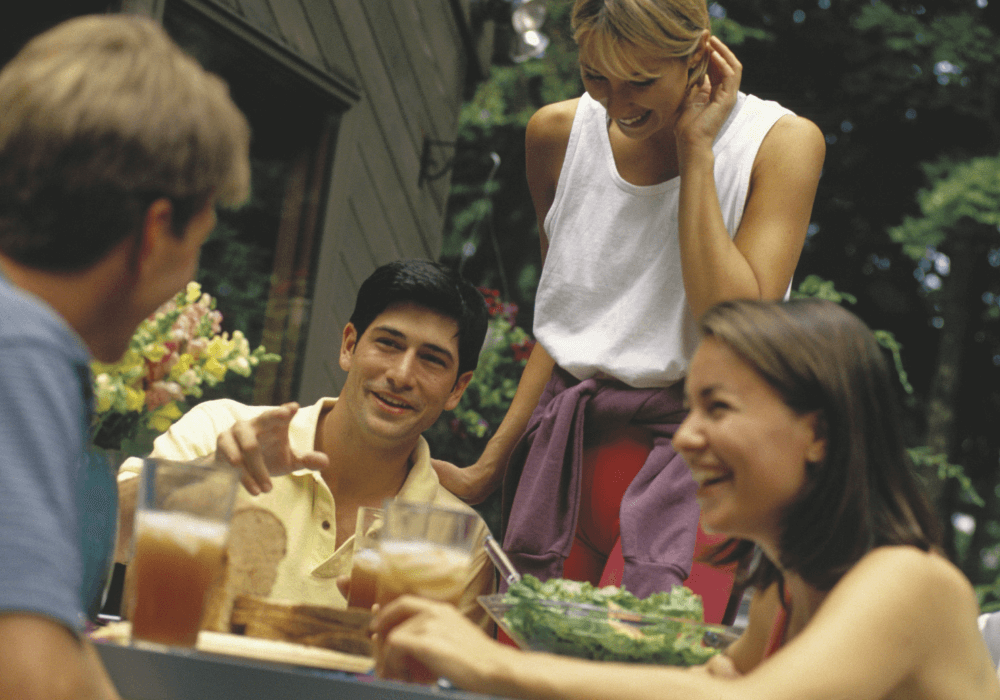 “Shy extrovert” might strike you as an oxymoronic term.

You assume because extroverts thrive on social interaction that they can never be shy.

But the conflict you feel in some social settings has too often left you wondering: can you be a shy extrovert?

The short answer is yes, you can.

Shyness is a trait that can emerge among many personality types.

Many reasons could account for your reluctance in social situations, such as a lack of confidence, anxiety, or a heightened need for privacy.

When you recognize that shyness is getting in the way of your social desires, you may wonder if you’re actually an introvert.

The answer is complicated, but the possibility certainly exists that you are more extroverted than introverted and still have trouble feeling comfortable in many group settings.

Rare would be too strong of a word regarding the existence of shy extroverts. Uncommon serves as a better label. Many people who appear to be shy extroverts may have social anxiety more than basic shyness.

A psychology professor from Uppsala University recently published a study that identified a subgroup of anxious extroverts within a group of people exhibiting social anxiety symptoms. Only about one-third of the people had anxious and introverted personalities.

Among the remaining people, the largest minority of test subjects fell on the extroverted side of the spectrum while still struggling socially.

What’s the Difference Between an Introvert and a Shy Extrovert?

By definition, introverts value their alone time because the solitude allows them to replenish their energy levels. They like social interactions in small doses, but they are not necessarily shy.

On the other hand, shy extroverts want to interact with others but struggle to do so. Their insecurities or high standards about who they associate with prevent recharging their energy via social stimulation.

Can An Extrovert Become Introverted?

Psychologists have identified a process called intrinsic maturation that gradually shifts people toward introversion as they age. By and large, young people feel stronger urges to socialize, even when they are introverts.

However, extroverts will mellow somewhat as time goes by and need less social stimulation. The passage of years generally causes people to achieve greater emotional stability and rely less on external socialization for happiness.

11 Signs You Area a Shy Extrovert

You suspect you may be a shy extrovert because you’re struggling to enjoy the social life that you want. This situation can manifest in multiple ways.

Loud music with lots of people mingling might sound like a nightmare for a shy person. However, the noisy scene makes it easier for you to melt into the background.

Having a conversation is difficult due to the noise. You enjoy being in a vibrant setting with lots of people, but no one is necessarily paying attention to you, which helps you feel comfortable.

2. Silence Is Not Uncomfortable For You.

Some extroverts despise lulls in conversation. They just need the chatter to keep going, but that’s not you. A natural conversational pause does not distress you too much.

You don’t feel obligated to fill the void and are content to wait for someone to speak up.

When you do find someone compelling to talk to, you can really get into it. The interest and acceptance of another person can ease your shy feelings and let you enjoy social interaction. The result can be a long and fascinating conversation.

When you’re around people whom you know well, your shyness recedes into the background. These people already know you, which means you don’t have to struggle with awkward insecurities about how to break the ice or wonder if they like you.

When you’re invited to a gathering of old friends, you’re very enthusiastic about going.

On the other hand, the unfamiliar territory of new people brings your shyness to the fore. Your nervousness makes you want to skip the event and stay home, but your extroverted nature hates being left out and alone.

Before entering a new social situation, you probably have to give yourself a pep talk and pump up your confidence.

6. You’re Willing to Be a Listener.

The anxiety produced by shyness can make coming up with conversation topics challenging. You just can’t think in the moment, which means you might feel relief when someone happily talks to you without requiring much feedback.

As a good listener, you get to know all kinds of interesting things. A new friendship might develop because you’re willing to sit back and just listen. The friends that you have likely love this about you.

77 Of The Best Existential Questions To Blow Your Mind

To be fair, most people are at least a bit nervous about public speaking. Even people who address audiences all of the time endure moments of stage fright.

For you, however, the dislike is more intense, and you genuinely wish to avoid speaking in front of a group.

8. You Dislike Being the Center of Attention.

You were doing fine until someone brought up your name, and now all eyes are on you. The attention of a group makes you shrivel inside a little bit.

You were okay being part of the group until the “talking pillow” landed in your lap. You much prefer to speak to people one-on-one or in a small group of two or three.

9. You Are Fussy About Who You Spend Time With.

Just because you want an active social life does not mean you will tolerate anyone to avoid being alone. However, you might use the excuse of people not being good enough for you to shield yourself from the stress of being shy.

10. You Overthink About What Others Will Think of You.

Shy people fret about what will happen and what others will think of them. Most people have these concerns to some extent, but you worry more than you need to.

Before entering a social situation, dozens of scenarios may play through your mind as you imagine things going wrong.

Because you’re a good listener, people who talk to you will tend to trust you. This trust can result in the sharing of secrets.

Shy people often get taken into other people’s confidence because they feel safe. A shy person isn’t going to run off and tell everybody, right?

Look for the Middle Ground As a Shy Extrovert

You don’t have to try to be the life of the party to enjoy a satisfying social life. Your shyness, however, can restrain you too much and leave you feeling isolated and unfulfilled.

As someone who skews toward extroversion, too much alone time will leave you depleted and unhappy.

To move forward, accept that your shyness exists and take small steps to overcome it.

Don’t let yourself stew over worst-case scenarios about social blunders. Play to your strengths as a listener and someone who wants to engage with others, and life will get easier.