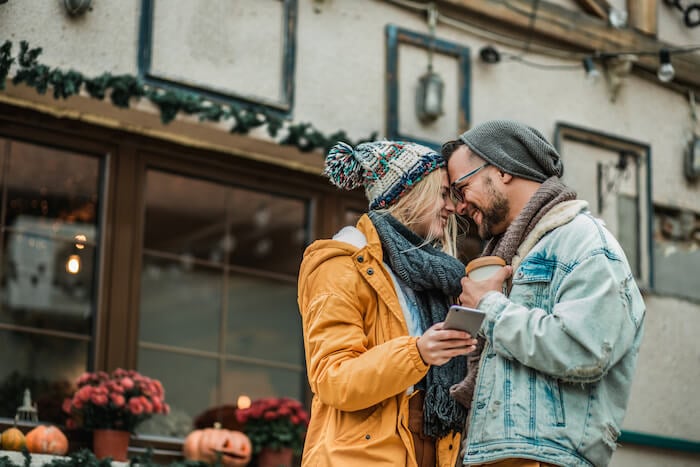 Over the past few decades, the nature of our romantic relationships has changed drastically, no longer dictated by the same norms.

With women taking on the careers, responsibilities, and roles once held exclusively by men, romantic partnerships have evolved as well.

Women are no longer expected to hold traditional roles in their households and relationships.

In fact, many have taken a more dominant role in their partnerships with men.

Maybe you have found yourself in a female-led relationship (FLR) or are looking to be in a relationship that fits with your dominant personality.

If so, we have gathered some information to help guide your non-traditional partnership and answer questions you may have about what a female-led relationship and female-led households look like.

What A Woman Brings to a Relationship

When considering changing up roles and responsibilities in a couple dynamic, it’s good to have a clear picture of what the partners bring to the relationship. Being a leader or decision-maker in the relationship doesn’t mean you must possess traditional gender roles or attitudes.

In fact, women offer unique qualities that can be equally effective in fostering a successful partnership and a happy household. These include:

Men can certainly possess these qualities as well, just as women can be forceful, assertive, strong, and courageous. That’s why it’s so crucial for love partners to determine the natural traits that are their strengths and decide how they want to apply those traits within the relationship.

In general, men are physically stronger and able to dominate women. As a result, throughout history, most relationships between men and women have been male-led. The traditional role of the man has been as the head of household, decision-maker, breadwinner, and authority figure.

Until the 20th century, most women played a more passive, submissive, and supportive role in love relationships and marriage. They were caregivers, child-rearers, and household managers. But with women’s rights and the sexual revolution, women’s roles in relationships have evolved and equalized.

Although many couples still adhere to more male led-relationship roles, today, many women and men are opting for a different dynamic as a couple, one in which the woman is a leader in the power dynamic. They are choosing a female-led relationship.

An FLR is not the same as a traditional male-led relationship, but with the roles reversed. After years of being considered the “weaker sex,” women understand that no one wants to be controlled or viewed as inferior. Let’s explore more what an FLR actually is.

What is a Female-Led Relationship?

A female-led relationship is one in which the woman becomes the principal (but not sole) decision-maker, often taking the lead and exhibiting a more dominant persona.

This type of relationship can be ideal for men who prefer not to adhere to the role society has cast them in.

Many men in an FLR understand that a strong woman is not a threat to their masculinity.

A woman-led relationship can often increase a man’s happiness, allowing him to break society’s mold with the support of a partner.

This type of partnership is also ideal for a woman whose job is a priority, allowing her to maintain a healthy relationship while still reaching her career goals.

In a female-led relationship, a woman’s partner may take on homemaking responsibilities, taking care of children, cooking, etc.

However, in many FLRs, women still maintain a strong connection to the home, participating equally in childcare, while still taking on the role of head of household.

She may make important financial and logistical decisions for the family while working as a stay-at-home mom or working from home.

There is no one model for a female-led relationship, as every relationship is composed of two different people who have their own needs and desires within a relationship.

One female-led relationship may require more balance, while in another, the woman may take on a more decisive role in her own relationship. There isn’t one right way to be in a loving partnership, but that doesn’t mean there aren’t certain rules to keep in mind when in an FLR.

With a non-traditional relationship comes complications. Setting up boundaries and clear rules for you and your partner can help clear up any future miscommunications and misunderstandings.

Many relationship guides are aimed at more traditional relationships rather than this specific type of partnership.

If you are looking for an FLR relationship guide, we have put together a list of a few typical rules to guide couples in a woman-led relationship.

There are many female-led relationship ideas that help clarify this non-traditional relationship model, including the concept of levels. Every relationship looks different and every FLR can take a different form.

Some women-led relationships are more mutually beneficial to both partners in the relationship. In others, there is a decided power imbalance favoring the woman.

This imbalance must be a decisive and consensual choice by both parties in order to be healthy and beneficial to either. Here are a few examples:

At this level of an FLR, the distribution of control and responsibilities is more balanced. Decisions are made together for mutual benefit, with the woman taking the lead only on some occasions.

At this level, the amount of responsibility a woman takes in the relationship increases, with her partner often preferring not to be the central decision-maker. Men who prefer more dominant partners may not be satisfied at a Level 2 and may prefer seeking a higher level of an FLR.

A level 3 FLR means that the woman’s role as the dominant figure in the relationship is wholly defined and cemented. The man in the relationship understands his position and accepts a submissive role. At this level, women are the primary moneymakers and the heads of the household, while the men take on more traditionally feminine roles.

In this level of an FLR, the woman takes complete control over her male partner’s life, personally and financially. This includes control over his schedule, social life, and finances. This form of an FLR is considered abusive and controlling if her dominance is not a consensual choice.

11 Of The Best Ways To Build Trust In A Relationship

Relationship Compatibility Test: Are Your Personalities A Love Match?

108 Of The Best Relationship Questions To Ask For Intimacy

Benefits of a Female-Led Relationship

There are many benefits to a female-led relationship for both partners. With open communication and balance, an FLR can be exactly what a more dominant woman needs.

Additionally, some men are more sensitive and submissive. Many men prefer not to be in a relationship where they are expected to conform to societal standards of male gender roles, such as financial responsibility and a dominant demeanor.

Allowing both persons in a relationship to fall into roles they prefer can lead to many benefits. Here are a few examples:

While there are many benefits to a female-led relationship, many conflicts can also arise when you turn the tables on a traditional partnership.

Whether you are seeking to shift the dynamics of an existing relationship or looking to be in a woman-led relationship, it is important to consider ahead of time the issues that could come up in the future.

We have found a few examples of potential problems that could arise in your relationship.

Is a female-led relationship for you?

A female or woman-led relationship is a non-traditional relationship that can work for many couples — but it may not work for everyone. Some stereotypical roles are so ingrained in us that it may be difficult for some to disengage from them.

Before you and your partner decide if this is the ideal set-up for you both, make sure you do your research and have open communication with each other.

Consider moving slowly as you build toward a more female-led connection. Have regular conversations to discuss honestly how you are both feeling about the dynamic. You can always adjust aspects of your relationship along the way.

This type of relationship can be highly beneficial for couples who are open-minded and willing to try something they believe works best for both partners.