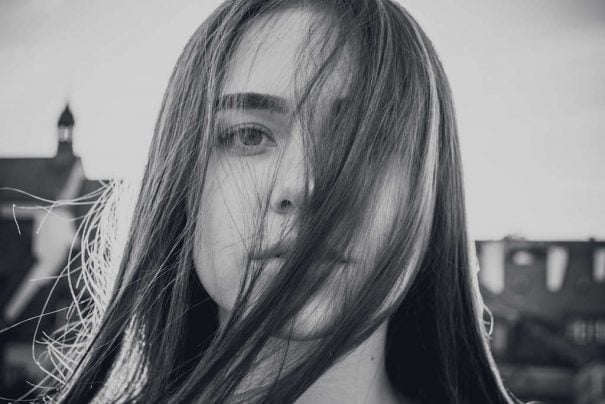 Even if you don’t realize it, you have incredible strength and independence as a woman.

Although we still have a long way to go, women have more control today than ever before over their careers, bodies, finances, and lifestyles.

Women are capable of supporting themselves and their families and are breaking old stereotypes of traditional female roles.

Gender discrimination still exists, but 53% more independent women are participating in the workforce than fifty years ago, giving women a louder voice in society.

But how do these changes for women apply to you personally?

Maybe you pride yourself on your self-confidence and don’t need to rely on society or a partner for validation.

Perhaps you see your strength in developing healthy relationships with other people without resorting to co-dependent patterns.

You may feel empowered by joining a cause like the #MeToo Movement, increasing awareness about sexual harassment and assault.

With the power of social media, this movement reached 85 countries worldwide to bring women together with a common struggle that is faced, but often not talked about.

Today in politics and culture, more and more women are taking a stand and fighting back for the equal power that they deserve.

Do you feel like a strong, independent woman? What does it mean to be one?

What is an Independent Woman?

A strong, independent woman doesn’t need to try to fit into a certain mold that society has created.

She is confident and believes in her abilities.

She doesn’t rely on other people for her happiness and has the freedom to make her own decisions.

She knows her worth and exercises her ability to use her voice to make a change.

This is an important time for women to embrace their collective and personal power and continue to grow and become stronger.

How do you know if you are among the millions of independent women in the world today?

Let’s discuss some mindsets and actions independent women don’t do so you can gauge your own strength and independence.

21 Things An Independent Woman Never Does

1. She isn’t scared of making her own decisions.

She isn’t concerned about putting her needs and judgment first when making decisions. She doesn’t feel the need to diminish her decision-making power to appease someone else.

When she has a problem, she confidently chooses a course of action to fix it.

She doesn’t sit around, waiting for someone to make a decision for her. She is aware of what needs to be done and she does it.

2. She doesn’t wait for things to find her.

Related: 110 Of The Most Positive, Uplifting Affirmations For Women

She doesn’t wait around for someone to rescue her or tell her what to do. She knows what to do and does it. She is proactive, not reactive.

3. She isn’t afraid to do things alone.

If she wants to see a movie but doesn’t have anyone to go with her, she is comfortable enough to go alone.

She doesn’t need to wait for someone to come along and hold her hand while doing the things she wants to do.

She enjoys the company of others, but she doesn’t depend on them to define her actions.

4. She doesn’t engage in negative self-talk.

She has enough respect for herself that she knows she is deserving and worthy. She doesn’t wallow in self-recriminations or self-pity.

As a strong woman, she reminds herself of the positive attributes she possesses and can share with the world. During challenging times, she turns her focus to gratitude and optimism.

She recognizes her weaknesses but views them as opportunities for growth. She talks to herself like she would talk to her best friend — with compassion and kindness.

5. She doesn’t wait for permission.

If she wants to do something, she doesn’t wait for someone to tell her that she is allowed to do it. She makes well-considered choices that support her independence and inner strength.

She makes her own decisions with confidence and does not need to consult a partner or a parent to know what is in her best interest.

But she is smart enough to know when to communicate and compromise with the important people in her life about decisions that might affect them.

She knows that sitting around and complaining is a waste of time.

Instead of doing this, she is proactive and takes the necessary steps to fix the issue at hand.

She knows the problem won’t fix itself. She gets it accomplished and moves on with her life.

7. She doesn’t hold things in.

If she believes someone’s behavior is out of line, she’ll call them out on it.

She has learned how to do this in a way that is firm but respectful and can stand her ground without resorting to passive aggressive comments or hurtful words.

She isn’t scared to tell people that they are in the wrong even if she risks their displeasure. She can cut to the chase and doesn’t let people get off the hook when they cross her boundaries or act inappropriately.

She definitely doesn’t take the time to beat around the bush because she has other things to do.

If she hears somebody making a sexist, racist, or disrespectful remark, she can calmly tell the person that the remark is offensive and not appreciated.

She doesn’t post on social media to count the number of likes she gets, and she doesn’t fish for compliments when she is out with her friends.

She is too busy doing things that matter and has too much respect for herself to need other people to boost up her ego.

She doesn’t go around seeking attention to boost her self-esteem. She already knows she is awesome.

9. She doesn’t look around for the leader.

She is the leader. She takes charge of situations through her leadership skills and has the passion and charisma that is needed for people to pay attention and follow her instructions.

She can lead through quiet and reserved strength or by being charismatic and gregarious — but her inner strength and leadership qualities shine through regardless.

10. She isn’t scared of taking risks.

She is smart enough to make sure that her risks are calculated, and she doesn’t rush into any compromising situations.

She knows how to weigh her options and consider the possible rewards and pitfalls before making a decision.

But once she’s ready to push the button, she isn’t scared to go for it.

She knows that things happen. Everyone struggles at some point.

But, she also knows that things don’t happen just to her or because she is deficient in some way.

The adversity that happens in her life doesn’t define who she is or her core values.

She doesn’t create a pattern of negative thinking or have a “poor me” attitude. She never blames other people for her situation.

If she doesn’t like her current circumstances, she finds a way out of them.

12. She doesn’t blame other people for her feelings.

She knows that she is the only person in control of her feelings.

When she is sad, she doesn’t think that someone else “made her” that way. She doesn’t rely on other people to be happy either.

She takes responsibility for her feelings and recognizes that she is the only person who can do anything to change them.

13. She isn’t scared of investing in herself.

She isn’t hesitant to invest her time or money into improving herself.

She knows her value and understands that in order to help other people, she needs to first help herself.

She views herself as a valuable “asset” that appreciates over time and therefore needs to be taken care of.

14. She doesn’t shy away from people who are different from her.

Instead, she embraces all people, regardless of their ethnicity, backgrounds, status, beliefs, talents, and abilities.

She can generate both compassion and gratitude for the fact that each person is talented and unique in his or her own way.

Everyone has their own set of positive assets, and she doesn’t view their differences as threatening beneath her.

She embraces the skills and resources that she and other people have equally and embraces everyone in a unique way. If she thinks someone is talented, she doesn’t hesitate to let them know.

15. She doesn’t criticize her body.

Many women live with a certain degree of discomfort with their physical appearance, especially their bodies.

It can be tough to accept how you look without wanting to make a change, but strong women are able to focus on a part of their body that they do love.

A woman with strength and independence is able to recognize when her plate is full, and she cannot take on anything else.

Some people are hesitant to say “no” when they are asked to do something because they don’t want to let other people down.

However, a strong woman knows her limits and knows when she cannot offer her best help to someone or when she just needs time to herself.

When it comes to a healthy diet, proper exercise, and getting enough sleep, strong women prioritize these self-care activities.

Women who are independent realize that they have to take care of themselves first, focusing on the nutrition and rest that their bodies need in order to function at an optimal level.

They know when it is time to put their work aside to rejuvenate themselves, and they know how to stay in tune with their mental, physical, and emotional needs.

Strong women know their worth. They are also in charge of their own finances.

Because of this, they can recognize when they are not getting paid enough for the work that they are doing, and they won’t hesitate to negotiate with their employer until they are satisfied with their earnings.

19. She doesn’t let other people tell her what to study.

Women tend to allow societal norms to influence the subjects that they chose to study.

Often, society encourages women to be teachers, nurses, assistants, childcare providers, or in other “helping” professions, while men are pushed into other fields like science, math, medicine, and technology.

Schools are increasingly seeking women’s involvement in STEM subjects (science, technology, engineering, and math) because men largely outnumber women in these fields, despite the fact that women have plenty of interest.

A strong woman who is interested in physics goes for it, and those who have a love for IT dive in and learn whatever they can about technology.

They don’t pay attention to prescribed gender roles or let them interfere with their desire to learn more about a specific subject.

A strong woman never believes that she knows enough.

She reads, keeps up with current political events, scientific discoveries, and technological inventions.

21. She doesn’t let her confidence get to her head.

Women who truly have strength and independence don’t let that confidence get to their heads.

They are calm, in control, and believe in themselves, but they don’t look down on other people. They have enough self-esteem that they don’t need to show off or be controlling.

As a strong, independent woman, you are self-reliant and can do things on your own, but you also know when you need input, support, and partnership.

You are strong enough to know when to step back and let someone else shine in the spotlight or take the reins without compromising yourself.

Becoming this type of woman make take time and practice. You may need to change your mindset, let go of some limiting beliefs, and take some risks.

Examine where you need to become more independent in your actions, decisions, and ideas, and make small changes to reclaim your personal power.