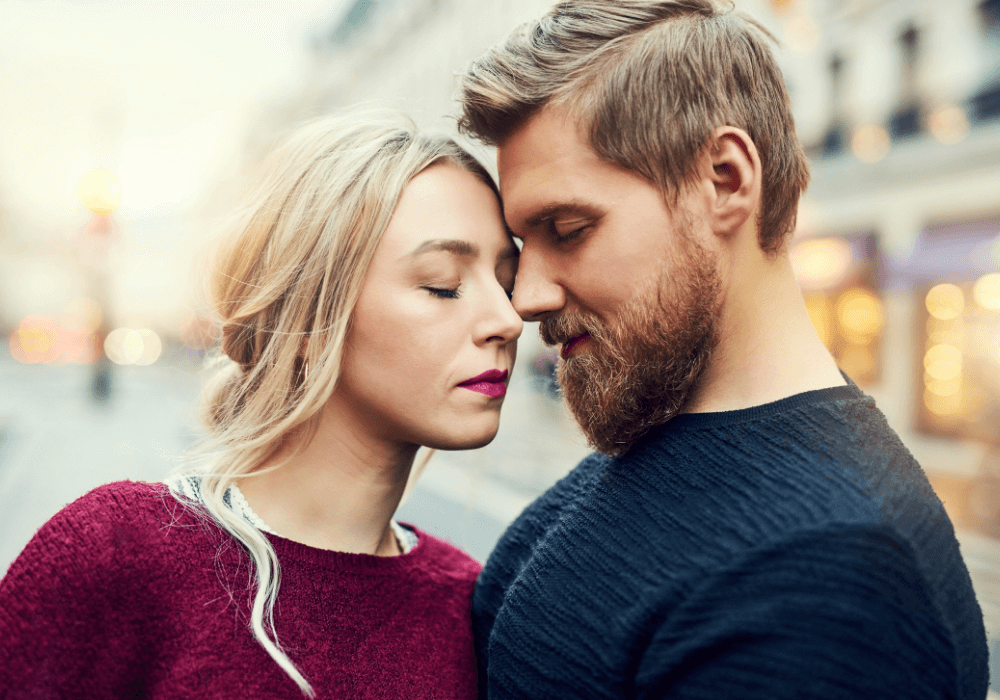 You thought the whole idea of soulmates was more about poetic license than reality—until you met this person.

And it’s as if you’ve always known each other.

Yet you can’t recall ever meeting them before.

You’ve heard a little about both twin flames and soulmates, but you’re not sure which one this person is—or whether it even matters.

Let’s say it does, though.

How do you tell the difference?

What Are Twin Flames?

A simple twin flame definition describes it as two souls who are each half of one or mirrors of each other, which is why they’re also called “mirror souls.”

Twin flames share a deep, intense connection because they share the same strengths and weaknesses — and often the same pain, which draws them closer.

So, in a nutshell, you can spot twin flames by the following markers:

It seems like the perfect relationship, right? It’s tempting to think soulmate connections are superior to what twin flames share. But it’s not that simple.

Can Your Twin Flame Be Your Soulmate?

This brief overview gives you some idea of the difference between a soulmate and twin flame, but how different are they, really? Both tend to forge quick and strong connections.

So, can your twin flame also be a soulmate—or vice-versa?

Despite their apparent similarities, twin flames cannot be soulmates because they’re too alike. While soulmates belong together in a blissful unity of different minds, twin souls help each other grow in self-awareness and self-love. And growth can be messy.

The two are not the same. And life is better with both.

Which is Better—Soulmate or Twin Flame?

Neither is better because both serve different purposes. While both soulmates and twin flames have the power to improve your life vastly, each brings something different to it.

Twin flame relationships can go down one of two roads:

Soulmate relationships are naturally compatible and often less challenging than a twin flame relationship, making it easier but less likely to stimulate learning and growth.

It doesn’t mean they can’t; soulmates often do help each other become better versions of themselves.

It’s not so much a question of soulmate vs. twin flame.

The differences between them only serve to highlight each one’s potential for making life better—as you’ll see in the list below.

Twin Flame vs. Soulmate: 7 Differences You Should Know

Now you’ve seen soulmates and twin flames explained, it’s time to dig a little deeper. Only when you explore everything that sets the two apart can you determine whether the person you know is a twin flame or soulmate.

Look through the differences below and make a note of the qualities you see in the person in your life whose connection to you is stronger than any other.

That second bit regarding twin flames goes for both of you: your twin flame is there to mirror your own strengths and weaknesses to help you see them more clearly — so you can see what needs your attention.

The relationship is meant to teach you both something you need to learn.

Soulmates are kindred spirits who get along well and tend to help each other grow (if more slowly) without the conflict or chaos that can often characterize twin flame relationships.

2. Soulmates are naturally compatible. Twin flames are too similar to be compatible.

When you meet someone who mirrors your own weaknesses and insecurities, you feel that you recognize them. But it’s natural not to want to be confronted with the things you don’t particularly like about yourself.

It feels like a confrontation, anyway. You see the things you don’t like in yourself mirrored in your twin flame—along with things you do like about yourself.

That familiar mix draws you in and can even feel like a sort of vindication (“Look how awesome they are — and you’re so alike! So, you must be awesome, too. Knew it.”)

That similarity, though, means you don’t really compliment each other; you share the same strengths, along with the same weaknesses. In other words, your strengths don’t offset their weaknesses, and vice-versa.

You’re drawn together. But you don’t really fit together.

3. You can only have one twin flame. You can have more than one soulmate.

Not everyone has a twin soul, but you can only have one as a rule. The reason for this is the idea that twin souls are two halves of a whole–which is why you might feel more like a complete person when your twin soul is near.

This can lead to problems, as you’ll see further on.

Everyone has a soulmate. And with soulmates, you can even have more than one.

Not only do twin flames mirror each other’s best and worst qualities, but they also tend to amplify both, which—if neither do the work of addressing their problem areas—can lead to chaotic and even destructive relationships.

If you’re both insecure and tend toward passive-aggressive behavior, you’ll both be using those tactics on each other.

Both could be making assumptions about the other’s motives while acting on those assumptions in ways that undermine and eventually destroy the relationship.

On the other hand, soulmates are different enough to help balance each other out. They’re also accepting of each other’s whole selves and less likely to judge or assume the worst. Both want to help the other heal and grow.

5. Twin flames can become overly dependent on each other. Soulmates remain independent.

With a strong twin soul connection, you feel less whole when separated from them. Separating from them feels like losing an essential part of yourself.

Saying goodbye feels like a kind of death. Because in a very real sense, it is. You’re breaking away from someone who feels so much like you — what you love and what you don’t love about yourself.  It feels as though you’re breaking apart.

And you’re (both) likely to resist that, even if separation is what you both need.

On the other hand, soulmates are different enough to still feel separate from each other. Complementary as they are, they don’t feel as if death would be the natural consequence of separation, even if both would prefer death, given a choice.

They remain independent souls. And they love that about each other.

6. Twin flames may feel a need to escape each other or take time apart. Soulmates do not.

Separation is often one of the stages of a twin flame relationship because being continually reminded of your worst qualities (as well as your best) can be exhausting—especially when you both amplify each other’s weaknesses.

You’re meant to learn from each other. But until you both do the work of addressing those weaknesses, you’ll continually find each other’s company an unwelcome reminder.

Often, it takes a separation to stimulate the growth that has to happen in each of you. Once you begin the process and you’re both working to improve yourselves, a renewed connection can help you both continue on the right path.

Once you’ve learned the lesson (or lessons) your twin flame is there to show you (and that you’re meant to show them), then the relationship may end there. You may find yourself naturally drifting apart to thrive as separate beings.

In fact, once you’ve both learned what you need to learn, separation may be the final lesson. Staying together could be the last thing holding each of you back from becoming the independent forces of nature you were born to be.

That said, once you do grow as you’re meant to, twin flames often find their way back to each other.

With soulmates, it’s different. Staying together makes you both stronger without compromising your independence or growth.

Neither of you has to separate from the other to reach your fullest potential.

Can Twin Flames Be Together?

Twin flame relationships can be toxic if both “flames” simply amplify the weaknesses and insecurities of the other without either one exerting themselves to address those issues.

It is possible, though, for twin flames to end up together in a healthy relationship if both can overcome their shared insecurities and triggers.

Everything depends on what both are willing to do to grow and keep their connection alive.

Now that you know the critical differences between twin souls and soulmates, which one sounds like the best fit for the person you have in mind?

What comes to mind when you think of the possibility of losing them or living far away from them? What do you most love about your relationship and your time together?

And what will you do today to celebrate what you have?