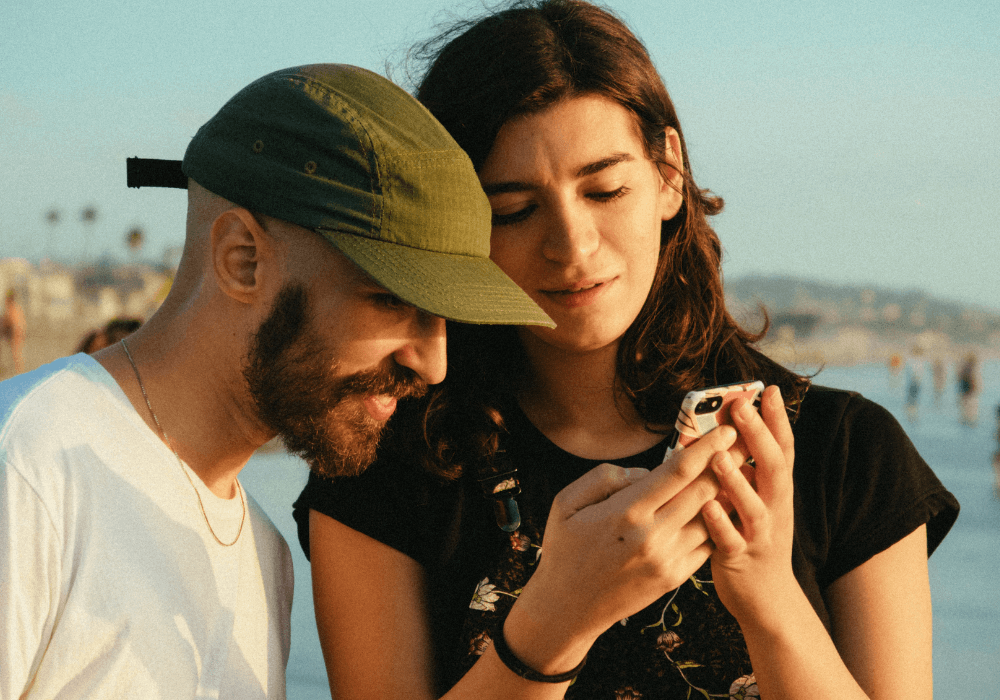 What does it mean to have a platonic relationship with someone? And what does platonic mean, anyway?

In Plato’s Symposium, guests at a banquet take turns giving speeches in honor of the god Eros and debating the true meaning of love.

Love as Plato conceived it was completely separate from lust or carnal desires. Real love brought both participants closer to the Divine.

It refined and ennobled them.

Love made both parties to it better than before.

What is a platonic relationship?

Now that you know what platonic love is, let’s consider how that love looks in a relationship between two people.

Nowadays, we’re more likely to define platonic as a completely nonromantic relationship between a man and a woman.

But since, in Plato’s time, it more commonly referred to a relationship between two people of the same sex, it’s reasonable to attribute the signs of platonic love to both same-sex and opposite-sex relationships.

It isn’t as simple or as humiliating as what we call “the friend zone” — which is a sort of limbo for those whose love interests see them only as friends.

Real platonic love is stronger and more meaningful than romantic or sexual love.

How do you know if you are platonically in love with someone?

“In love” doesn’t necessarily denote romantic adoration. Some people fall platonically in love with close friends of the same or opposite genders.

Just like romantic love, you just know when you know. When falling platonically in love, some symptoms are similar to lust-based connections, like a desire to spend time together and a sensation that your life would be incomplete without them.

The only thing missing is the physical attraction part.

Platonic love is like a cold drink of water on a sweltering day — satisfying and healthy. These types of friendships nourish the brain and soul, which ultimately supports better physical health.

People bonded in platonic attraction typically see each other as “chosen” family members. There’s freedom in these intense relationships that doesn’t exist with run-of-the-mill acquaintances and tier-two friends.

Not only can you be 100% yourself around them, but you treat each other as equals; you never exchange envious energy, and your platonic “lovers” rank among the people who can call you out without consequence.

True platonic love is rare for a couple of reasons.

For starters, attraction transcends physical looks. The more we appreciate and enjoy someone, the more likely we are to develop amorous attachments and feelings.

As such, it’s somewhat unusual to find someone you remain attracted to on every level except physically.

Secondly, it’s rare to find people with whom you connect deeply on several levels.

As much as humans are “social” animals, true friendships — (i.e., ones that don’t involve elements of competition, judgment, envy, and a smidge of disdain) — remain few and far between for many.

Can platonic friends fall in love?

A highly successful — though elusive — relationship archetype is the friend-to-lover trajectory, a favorite trope of rom-coms and romance novels.

These buddy-to-bedroom relationships often last because when people start as platonic friends, they build their romance atop a rock-solid foundation and then move from strength to strength.

The trick, however, is that both of you need to wake up one day and find yourselves mutually attracted to each other after years of not feeling that way.

The timing and change in perspective must be spot-on and simultaneous, so it’s an unusual turn of events, But occasionally, people get lucky.

The following signs will make it easier to identify a platonic love friendship.

1. You can be brutally honest with each other.

When you don’t have to worry that your platonic friend will “break up” with you because he didn’t like the answer you gave to his question, it’s easier to be completely honest with each other.

In a romantic relationship, you might feel pressured to soften the blow or to say what you think the other wants to hear. Not so with a no-strings platonic friendship. You can go ahead and say what you know your friend needs to hear — not what might make them feel better (in the short term).

Sure, there’ll be times when your honesty gets on the other’s nerves (or vice-versa) but when you’ve had time to think about it, you both know you’d rather be able to trust that your friend is telling you the truth.

Related: How To Confidently Tell Someone You Like Them

2. You feel free to be your authentic self with each other.

You don’t have to pretend to be someone else to win or retain the affections of your platonic friend. You both enjoy the freedom to be exactly who you are — even as your friendship continues to help you grow into the person you truly want to be.

A platonic friendship worth having is one that polishes you both. There’ll no doubt be friction sometimes, but it doesn’t break you. Neither of you is perfect, so there will be times when you get annoyed or even angry with each other.

But neither of you feel an obligation to be everything the other person is looking for in a life partner, because a platonic friendship, as a rule, isn’t bound or defined by a contract or by mutual vows.

It’s neither more nor less than a mutual commitment to be the friend the other needs you to be — which requires honesty in behavior as well as in word.

3. You feel a deep and mutual connection with each other.

It probably took less time to develop trust with this person than it has with others because you two have a deep, mutual connection that defies description. You might even have a strong feeling of familiarity when you meet, even if you can’t consciously remember ever having met before.

You can’t explain why that connection is there, but you know it is. And you instinctively know this person will always be important to you — no matter what happens (or doesn’t happen) between you.

Depending on your orientation, that deep connection may be exactly what makes sexual attraction possible. But while sexual or romantic interest can fluctuate, as long as the connection is there, the platonic love remains.

4. Your friendship is stronger than whatever life throws at it.

You might have disagreements now and then, and you might not even believe the same things, but your relationship matters enough to both of you that reconciliation isn’t long in coming.

You might publicly joke around, play practical jokes on each other, and act as though you’re always at odds, but let someone else attack your friend unjustly, and you’re quick to come to his or her defense.

No matter what happens to either one of you or whatever happens between you, your love and concern for each other doesn’t waver or fade. It might be harder to feel sometimes, but it doesn’t take much to remind you of how important your friendship is to you. And there isn’t much you wouldn’t do to protect or strengthen it.

5. Your friendship can become the foundation of a more intimate relationship.

If we’re talking platonic love vs romantic love, the contrasts should be clear by now. But that doesn’t mean you can’t have both. One type of intimacy (tested by fire) could lead to another, and ideally, you’d retain the best aspects of platonic friendship as romantic feelings developed.

They don’t have to, though. One of the hallmarks of a platonic love relationship is its capacity for helping both parties grow and polish each other without the need for romantic love.

Related: 11 Of The Best Ways To Build Trust In A Relationship

And even if romance becomes a part of your relationship, at some level, you know it’s less important (and less constant) than the bond of platonic love between you.

Romantic feelings can fade or fluctuate, but if you have a foundation of platonic friendship, you can rekindle the romance and strengthen the attraction between you, even as you grow older.

Benefits of Platonic Friendship for a Life Partner?

If you get the chance to develop a platonic friendship with someone before romantic feelings come into the equation, you’ve got something many couples would envy.

Be the friend you’re looking for.

Now that you know what it means to have a platonic love relationship, does anyone come to mind who fits the description of a platonic friend?

Or are you still looking for someone with whom you could enjoy such a relationship?

What do you look for in a friend that you might not look for in a potential love interest? What do your friends get away with that your significant other would not? What expectations do you have of a life partner that you wouldn’t expect of a platonic friend?

Related: 20 Signs Of Fake Friends And How To Find Real Friends

And if you found someone who had everything you were looking for in a friend and in a love interest, what kind of relationship would you want with this person first?

What if romance weren’t an option — for one reason or another — but you knew instinctively that a platonic friendship wouldn’t be enough for you?

A platonic friendship shouldn’t be anyone’s consolation prize. If it’s not the primary choice of the moment, the pretense that it is can only lead to pain. But for some, the chance that something other than a platonic friendship could develop is worth the risk.

In any case, whether your closest platonic friend is someone you love like a brother or sister or someone you admire as a mentor or guide, you want to be a better person for them. Because, on some level, you know you met them for a reason.

And you’re grateful for it.

1 thought on “What Is A Platonic Relationship? And How To Have Platonic Friends”