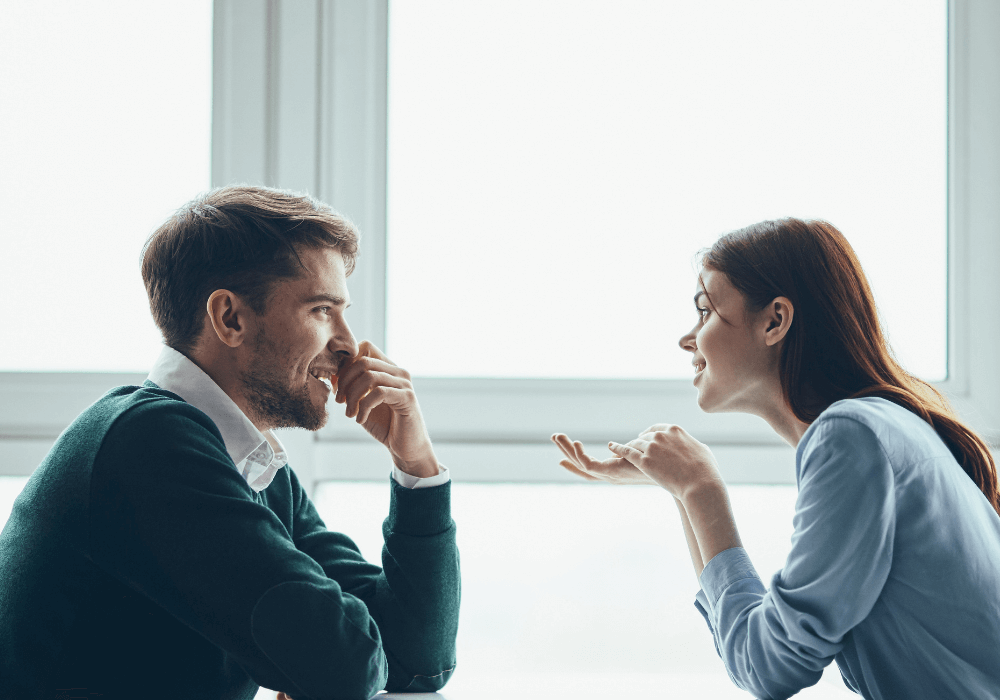 What’s the difference between platonic and romantic love?

Both have the power to make your life better than it was before.

But each brings something different.

If you enjoy romantic fiction, you know about the “friends to lovers” trope.

It’s a popular one.

But you want to know what makes platonic love different from romantic love.

And can you have both at the same time — with the same person?

What is A Platonic Love Relationship?

Platonic love gets its name from the Classical Greek philosopher, Plato, who argued in favor of a love that transcends the physical — inspiring noble pursuits and bringing one closer to the divine. In Plato’s view, this kind of love brought out the best in both people.

It’s not meant to be a consolation prize when a (romantic) love interest “friend-zones” the other. It describes an affectionate love that elevates and enriches both people (of any gender or sexual orientation) without romance, sex, or any desire for either.

We’re going all out with the romantic love vs. platonic love comparison, highlighting nine key differences between the two.

Make a note of the ones that stand out for you.

1. Platonic love is (usually) defined by its lack of physical intimacy.

Platonic love is friendship without romance or sex, whereas romantic love leans heavily toward physical intimacy (sexual or otherwise).

Though romantic love can begin as a platonic friendship, it can also start with sexual attraction and intimacy and, over time, develop into something deeper.

As we understand it, Platonic love manifests as a friendship that helps both people grow and evolve in their appreciation of beauty — both physical and non-physical.

Most people wouldn’t describe their platonic friendships as “passionate.”Think of the words “passionate couple,” and the image that comes to mind is of two people whose sexual chemistry is undeniable — and who can’t get enough of each other.

Romance is almost interchangeable with passion, so when one is mentioned in the context of a relationship, the other is usually implied. Who wouldn’t want their romantic partner to have strong (positive) feelings for them?

Any passion in a platonic relationship is focused on something other than your friend.

You can spend months or even years living far away from each other without feeling that a part of you is missing. You might miss them, but you don’t feel hungry for them.

The next time you see them, your relationship will be pretty much the same as before, without either of you having to make a grand gesture to prove your friendship is real.

You don’t feel obligated to schedule regular “dates” to prove you take your friendship seriously. You hang out when you’re both inclined, without any pressure to do so.

4. Platonic love is selfless; romantic love is a mixed bag.

Platonic love at its best is selfless in that each person cares more about the good of their friend than about personal gratification.

Romantic love can be selfless, but romance usually leads to physical intimacy, which is gratifying to both people (that’s the hope, anyway). While you certainly want your romantic partner to enjoy your intimate times together, you also want to enjoy it yourself.

Problems come when the relationship is all about romance and sex, with less energy focused on friendship.

5. Platonic love is not complicated; romantic love generally is.

Platonic love is more uncomplicated than romantic love. You don’t worry about whether you’ve misconstrued your partner’s words or missed something they expect you to know.

You just enjoy each other’s company without feeling any pressure to read the other’s mind, anticipate their desires, or say the right thing.

You can still learn and speak their love language, but you can also just spend time together, without the stress of wondering if you’re still on the same page.

6. Platonic love encourages unfiltered honesty; romantic love, not so much.

In platonic relationships, you can be your authentic self without ever worrying that your friend will decide they can do better and dump you for someone else.

To be fair, this is mainly because your standards for platonic friends are way lower than they are for romantic partners. It’s not like you’re planning to commit to them for life.

If your platonic bestie turns out to be a serial killer or you find neighborhood pets in their freezer, you might draw the line. But short of that . . . meh.

Here again, with the lower expectations related to platonic friends, you don’t seek someone who can be your live-in best friend with benefits — let alone your “everything” — just someone whose company you enjoy for limited periods.

You’re more likely to overlook traits or habits you wouldn’t tolerate in a romantic partner, and they don’t expect you to become something better than you are now.

When you’re romantically involved with someone, you’re trying to become the best partner for them, and you expect them to make the same effort.

100 Wildly Romantic Things To Say To Your Girlfriend

8. People in platonic relationships don’t get jealous of other platonic friends.

Platonic friends are generally cool with their friends having platonic or romantic relationships with others. That said, you might feel a twinge of jealousy if your friend seems to prefer other friends’ company to yours.

Still, you’re less likely to confront your friend about this perceived preference or ask them point-blank if they like their other friends more than you. Nor are you likely to end the friendship if they don’t prefer your company to everyone else’s.

If you’re starting to have romantic feelings for your platonic friend, though, you’re far more likely to feel jealous of any competition.

You and your platonic friend spend plenty of time apart. And you don’t obsess over how your friend spends their time — and with whom — when you’re not hanging out.

You don’t feel threatened or insecure if your platonic bestie wants to do something other than spend the evening with you.

In fact, you probably don’t want to spend every evening together. And if you’re in a romantic relationship with someone else, your evenings are already spoken for.

Now that you’ve looked at all nine characteristics that distinguish platonic relationships from romantic ones, let’s recap and tackle some frequently-asked questions.

Can you be in love with someone platonically?

Once you fall in love with a platonic friend, you no longer love them platonically.

Why can’t I tell the difference between platonic and romantic love?

If you feel an emotional connection with a platonic friend, you might also develop romantic feelings for them (though that’s by no means a sure thing).

A platonic relationship can develop into a romantic one, but that doesn’t make it a  platonic romance. Romantic relationships generally involve some form of physical intimacy, even if they don’t immediately (or ever) lead to sex.

And what will you do today to savor the best things about the love relationships you have?