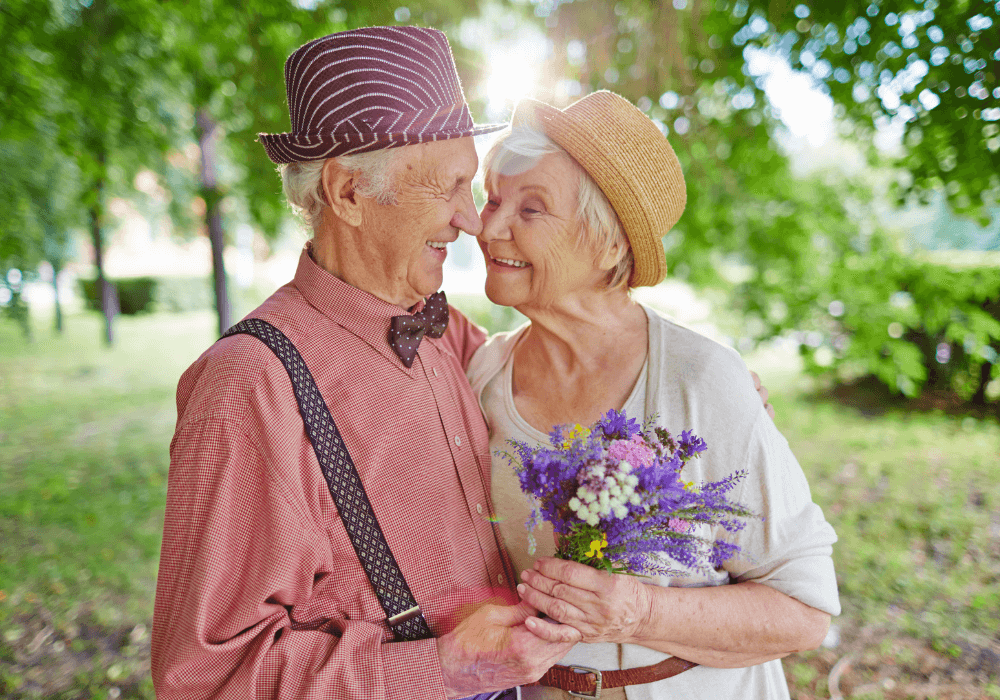 We humans are a mixed bunch, and we cope with stress, anxiety, and depression in different ways.

For some, like American rapper, singer, and entrepreneur Kevin Gates, making music is the perfect outlet.

And when it transcends the deeply personal and reaches out to the people hearing it, that music can inspire others to take risks and get to know themselves better.

We hope the following Kevin Gates quotes inspire you to find the best outlet for your creative genius.

1. “I married my best friend that happens to be a girl.”

3. “I’ve got a heart that’s full of love, with so much love to give. So me giving you a hug might have been all 8. you needed. Me giving you a handshake, looking you in your eyes, telling you I understand, us connecting. That’s worth more than money to me.”

4. “You gotta make this person fall in love with you again because they have no memory or recollection of who you were at that time. Because you’re a different person every time you come home, you grow.”

6. “The more I grow in popularity, the lonelier it gets. Because you don’t really know me. You just know this part of me. You fell in love with that. But it’s way more intricate than what meets the surface.”

7. “It wasn’t about the sex, it was the one that just gave him that spiritual connection, that metaphysical connection. When you love from the soul, it’s different.”

8. “Whatever I have a natural love for or respect or admiration for, I tattoo it on my body. My next tattoo is probably going to be Muhammad Ali. I’ve got Bob Marley, I’ve got Elvis, I’ve got Malcolm X. I’ve got so many tattoos. It’s crazy. I’m really running out of space. But when I go get tattoos, it’s therapeutic for me also.”

9. “I have trouble with letting go. That’s my problem. Anybody that has extreme highs and extreme lows is bipolar to any psychologist and that’s not necessarily the truth.”

11. “Life is about conduct and how we conduct ourselves. But two wrongs never make a right.”

12. “I’m going to keep working and the universe will open up and whatever path that presents itself, then that’s which path I’m going to go.”

13. “Or help them get to the root of the problem. Or help them find out what the problem is. Because the problem lies with self, and a lot of times we don’t look inward as individuals. We always look for something else as a substitute, as a pacifier. You have to look at self first.”

15. “Whatever an individual chooses to do with themselves, long as it doesn’t affect me and they’re respectful with it, I don’t care what they do. Because I’m not perfect and I have flaws, so who would I be to be judgmental?”

17. “There’s light at the end of the tunnel, you gotta believe in you, though.”

19. “I treat people the way I would like other people to treat me and that’s my definition of respect in its entirety. Treating people the way you want to be treated. You know, sometimes you have to step outside of yourself. (…) I’m going to look at it from their shoes. I may not feel like smiling but I’m going to smile because I know me saying hello or just being courteous can change somebody’s whole day. So that’s my definition of respect.”

20. “Anybody that’s borderline brilliant — they’re gonna suffer with depression. Cause you don’t see the world how other people see the world. You see it for what it is. You see it different.”

21. “Without true pain, one could never know true happiness.”

24. “So, I make music for those type of people that have been tore down by life because they had a good heart. Every time they tear you down, I’m going to build you back up.”

26. “Let me hear the music. I’ma let the music instruct me on which way to go. Forwards, backwards, left, right. It’s like boxing. I’m only as strong as my opponent.”

27. “Good decision making comes from having made bad decisions. Everything I’ve been through in my life, whether it be fortunate or unfortunate I still get the wealth of experience.”

28. “Adversity builds character. He who faints in adversity is not strong.”

29. “I can’t say any artist inspired me, because I’m inspired by the things that go on around me.”

30. “If you don’t embrace your destiny, if you don’t believe in determination, you will be exterminated.”

31. “I love to be clean. I wear the same things, all of my clothes pretty much look the same. I’m a plain and simple type of guy. I don’t really do a lotta busy colors and things of that nature. I feel like less is more.”

32. “I feel like the youth lack guidance. And being that they lack guidance I saw a lot of individuals that were children when I left, I saw them spiral downhill. And that’s what made me have something called the ‘Achievement Academy.’ We go around talking to young people. We go around to different high schools and I share with them past experiences. We talk about choices and we talk about decision-making. (…) So if I talk to a thousand people and only one hundred people get the message, I did something, I accomplished something.”

33. “I have a cult-like following because I exemplify what it is to be a human being.”

35. “The energy in the daytime is so different because everyone is so unhappy and depressed and you can pick up on that energy psycho-kinetically. So I like to come out at night. Everything’s settled, you can see more.”

36. “I’m a big skeptic so I won’t just go off what an individual may tell me. I gotta do the research. I’ma get different literature on that one subject and just compare and contrast. I do my own selective studies.”

37. “My mentality, I guess. I used to deal with things totally differently than the way that I deal with things now. And I believe that comes through growth and maturity. And when you grow, your way of life changes. Everything changes. The things that were interesting at one point, they’re not as interesting now.”

40. “Sometimes I feel like being an intellectual. Sometimes I like to just be aggressive and all the way in my feelings. Sometimes I might be emotional, or sometimes I might drag on the track and be lazy. I just like to share the different states of existence of Kevin Gates with the rest of the world.”

41. “I got to make myself happy first. Happiness comes from within. It don’t come from external things, pacifiers. I noticed that whenever a crisis happens, right after a crisis, there’s always opportunity.”

42. “I don’t live in reverse, I live in the present because there’s no such thing as a do-over.”

44. “Everytime the leaves are changing it’s the loneliest time of the year.”

45. “Make your own choices, your own decisions, your own thoughts, and feel your own feelings.”

49. “I don’t have a religion. I ain’t nothing wrong with church as long as they selling chicken. Cause I read the Quran, I read the Kabalah, I read the Bible. They all got the same three basic principles: Love God, love your neighbor as yourself, and…As far as me being, I live by those principles.”

50. “My grandmother was an English teacher for a while. And she stressed to me the importance of reading, being able to articulate well.”

51. “How you judge a man based on his character, is by how he treats his family. You can be a great person in the streets. That public display, thats public affection but who you are in private defines who you are to me.”

52. “Everything has its place in the world, even randomness.”

53. “I’m a super sensitive individual also. The smallest thing might stand out to me. I might go make a song about this interview. I live life then rap about it. Who knows what I may say? I just really say what I feel. When I’m in the moment, whatever I’m feeling, I get it all out.”

54. “Most epiphanies are guided through one’s solitude. Self-reflection is the best reflection.”

55. “The more I grow in popularity, the lonelier it gets. Because you don’t really know me. You just know this part of me. You fell in love with that. But it’s way more intricate than what meets the surface.”

58. “I came in the game with a different attitude than I have now. And I had to grow. I had to mature. In that growth and in that maturity, that point of maturity I realized that ay, the people that interview me, we really only having a conversation. And they not from the same walk of life that I am, so my life is super interesting to them.”

59. “If I tell the truth about me, what can the world say? I’d love to be accepted, but I’m not seeking acceptance. If you are a fan, it’s because you’re a fan of who I am psychologically, emotionally, and individually. The world can relate to a human being more than it can relate to a superstar.”

60. “Grind as if any given moment you could wake up broke.”

61. “I had to have the determination to keep going. I had to realize not everybody was going to like me but the people that do like me and support me, that’s a blessing.”

62. “I’m always looking for something new to conquer.”

63. “Realizing the power that I have in my words and my actions, they really hurt people. It’s a sad world when people look at such a great person and you place your fears and traumas on others because of what you’ve been through. Everybody has not walked the same life that I have. Taking accountability is saying, ‘What can I do to make myself better?’”

57 Of The Most Inspiring Life Is Short Quotes

67 Of The Most Life-Changing Eckhart Tolle Quotes

Kevin Gates doesn’t hide the fact that he’s been through difficult times and suffered in ways most of us have not.

He shares his experiences not to shame those who haven’t had them but to help others find healthy outlets for their pain and their creative energy.

Which of the Kevin Gates quotes in this article stood out for you?

Even if your background and his are more different than similar, what can you learn from his perspective and the way he shares it?

When you’re struggling with depression or anxiety, sometimes it helps to read the words of those who’ve been where you are -— even if they deal with differently.

Don’t be afraid to try something you’re not used to.