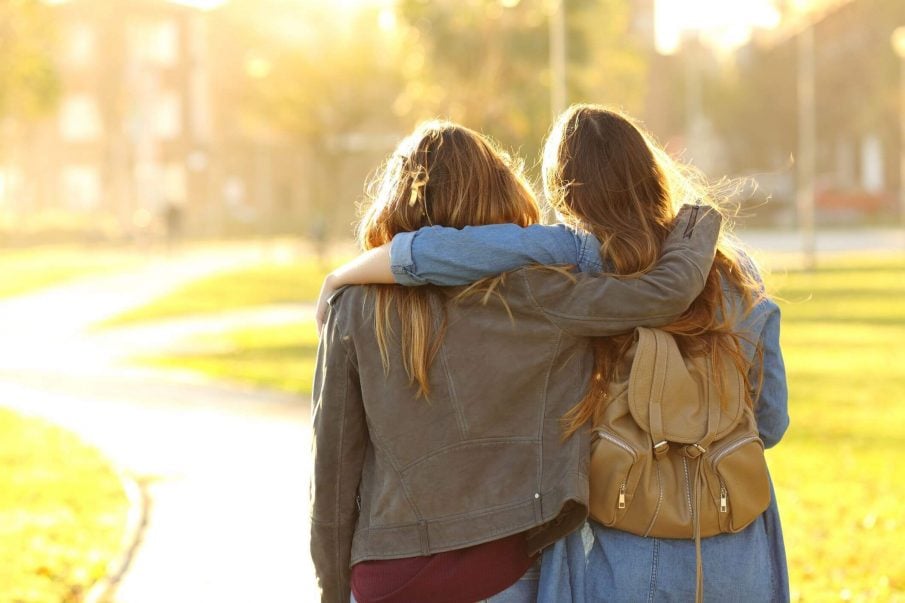 The way people treat you is taking a toll on your health, not to mention your self-esteem.

You feel devalued — as if the whole universe is telling you that nothing you’ve accomplished in your life matters.

How do you tell someone to treat you better if you’re not sure you even deserve it?

Or if  you are sure, how do you get other people to see more than your usefulness to them?

To begin, you need to understand how you’ve already taught others to treat you — and what you can do to teach them differently.

How Do You Change The Way Someone Treats You?

While some people live by the rule, “Treat people the way you want to be treated,” plenty of folks base their treatment of you on a first impression, the way they’re used to treating people, or how you may have allowed them to engage with you.

The poor way people have treated you may trigger you to feel defensive and lash out.

After all, they’ve hurt you, so why shouldn’t you hurt them? But you already know how that turns out.

Some may respond positively if you have a healthy conversation with them, tell them how the behavior hurts you, and ask them to change.

Of course, they may get defensive and deflect blame to you. Ouch.

Often, the best way to get someone to treat you better is by example. Consciously or unconsciously, we teach people how to treat us. Consciously is better.

And, as you’ll see in the steps described below, your behavior toward others and yourself is what others will look to for cues on how to treat you.

The Benefits of Teaching People How to Treat You

Yes, it will take considerably more time and energy to foster change through example. But consider the benefits:

9 Ways You Teach People How To Treat You

What you’ll learn in the following steps is the answer to “How do you make people value you — and not just what you can do for them?” You are more than your usefulness.

1. Choose a role model to emulate.

This could be a parent, friend, teacher, mentor, counselor, or anyone you know well enough to know how they’d respond to people treating them badly.

Choose someone you can relate to or who has experienced the same challenges and has responded in a way you want to emulate. Even better if you have regular contact with them.

If you can’t think of someone like that, you’re not alone. Good role models are hard to find.

If it helps, remember that this person doesn’t have to be a saint. Neither do you need to have a close relationship with them.

In a pinch, you can even use someone who’s no longer alive — as long as you know enough about their character and how they shaped other people’s treatment of them.

Model the behavior you want to see in others. In other words, treat others the way you want to be treated. This is Interpersonal Skills 101.

If you’re a writer, you already know the value of “show, don’t tell.”

And as someone who’s been around people long enough, you also know that “Do as I say, not as I do” is as ineffective with adults as it is with kids.

Your example, rather than your words, is what people will remember. That’s what will stay with them. And that’s how they’ll learn how you expect to be treated.

But showing them only once in a while — or when you’re especially fed up with their behavior — isn’t enough to make the lesson stick.

3. Be consistent in your own behavior.

Consistency in how you treat people is what will ensure they get the undiluted message.

Because any time you let people get away with treating you badly — or any time you treat someone else badly — that’s what most people will remember.

Consistency isn’t easy, though. It’s exhausting having to constantly respond to other people’s thoughtless or selfish behavior in a way that doesn’t reinforce it. You can’t put consistency on auto-pilot until the right response becomes habitual.

And for that to happen, you have to consistently practice those responses until they become your new default.

Otherwise, you’ll always be tempted to respond according to your old default — which is probably either retaliating or letting the other person have their way.

Neither option will teach them to treat you better.

4. Reinforce the behavior you want.

How you respond to someone’s behavior toward you can either reinforce it (and ensure its repetition) or make it less rewarding than more considerate behavior.

If someone you know enjoys spreading gossip, and you respond by refusing to hear whatever rumor they’re spreading, you’ve made it less rewarding for them.

On the other hand, if someone treats you with respect and consideration, and you make a point of expressing your appreciation, they’ll be more likely to repeat that behavior.

In expressing gratitude for the behavior you want, you reinforce it.

On the flipside, when you reward the wrong behavior, you reinforce that, too. If someone is making unkind jokes about a coworker behind their back, and you laugh, your validation makes it more likely they’ll indulge in the same behavior again.

And next time, you might be the butt of the joke.

People notice when you’re not taking care of yourself. And what they see is that either you don’t care enough about your personal hygiene, appearance, or self-respect — or you don’t think you deserve the time and energy others put into those things.

51 Fun Facts About Yourself That Everyone Wants To Hear

Don’t You Just Hate Fake People? 105 Quotes To Remind You Just How Phony They Are

Otherwise, why should they?

Aside from basic self-care, if you want people to see more in you than your usefulness, you need to see your own value first. And that means making self-knowledge a priority.

For starters, learn your love language. And once you do, speak that language to yourself. And surround yourself with others who speak it.

Show yourself the kind of respect and consideration you hope others will show you.

Decide on your “rules of engagement.” Once you’re clear on those, communicate them to everyone who needs to know them.

Your rules will likely resonate with those who have clear boundaries of their own. And as long as you respect their boundaries, they’ll do the same for yours.

Here’s where the golden rule comes in.

Clarity is essential, though, along with consistency. Let someone violate your boundaries once and get away with it, and that sets the tone for future engagements with them.

Make sure you also express appreciation for those who do respect your boundaries. In doing so, you’ll reinforce their behavior and encourage others to do the same.

For those less likely to take the hint, you’ll have to make sure they don’t benefit from disregarding your boundaries.

This will take time and patience. No one is a mind reader. Don’t expect everyone to have the same awareness of and respect for other people’s boundaries.

Your experience and understanding are not universal.

Yes, you still need to respect your own boundaries and personal needs and to teach others to do so. But you also need to recognize that some people you meet will not learn to treat you better, no matter what you do.

If they need to feel superior to you, they won’t treat you as an equal.

It doesn’t mean you should let them treat you like garbage. But you need to know that if they don’t learn, it’s not your fault. And it’s not on you to fix them.

Let it go. And keep doing the right thing.

8. Resolve conflicts with clarity and compassion.

There will be conflicts — because we are all human.

Your calm and compassion will reinforce the behavior you want to see more of. Think of how you want to be treated when you argue or make mistakes.

Then treat others that way. Show them the same respect you want to receive, and try to see the situation from their perspective.

Knowing where they’re coming from makes it easier to respond with compassion.

On the other hand, if you’re fixated on being right and seeing anyone who disagrees with you as a narcissist or a sociopath, you’re less likely to respond calmly or with compassion.

Once you write someone off as inherently hostile, it’s easier to justify treating them with hostility.

But if you at least try to see the situation from their perspective, you’re more likely to find a solution you can both live with.

Just as there will be conflicts, there will also be times when someone who has treated you badly comes to you with an apology — genuine or otherwise.

If the apology is heartfelt, and your forgiveness is just as real, the relationship can move in a more positive direction.

With apologies that are not genuine, it’s harder to know just how to respond. You get the strong vibe that their goal is either to disarm or manipulate you.

It’s understandable if you want to throw their fake apology right back in their face.

Understandable but not exactly helpful. There’s a better way.

You can accept their apology without negating the consequences of their actions. You’re not pretending it never happened or that it didn’t mean anything.

You’re simply allowing both of you to move on and learn from their mistake.

What Do You Do When Someone Treats You Badly?

Tempting though it is to respond to someone else’s ill treatment of you by treating them the same way, punishing them or trying to teach them a lesson almost always backfires.

What they’ll remember isn’t their own bad behavior but yours. You’ll be the bad guy, even if they’re the ones whose behavior you’re emulating.

Here are some better ideas to use at the moment when someone is hurtful or manipulative:

In the long run, though, it’s always better to emulate the kind of behavior you’d want to receive and remember.

Are you ready to teach people how to treat you?

If you’re already trying to change the way people treat you, some of the steps described above probably sound familiar.

So, what do you still need to work on? And how will you keep track of your progress?

Whether you’re going through the steps alone or with a partner, journaling about your progress will help you deal with both the external and internal challenges.

And when you get to a better place, you’ll have a written record of how you got there.

For starters, write for a few minutes about which step you’ll focus on today and why.