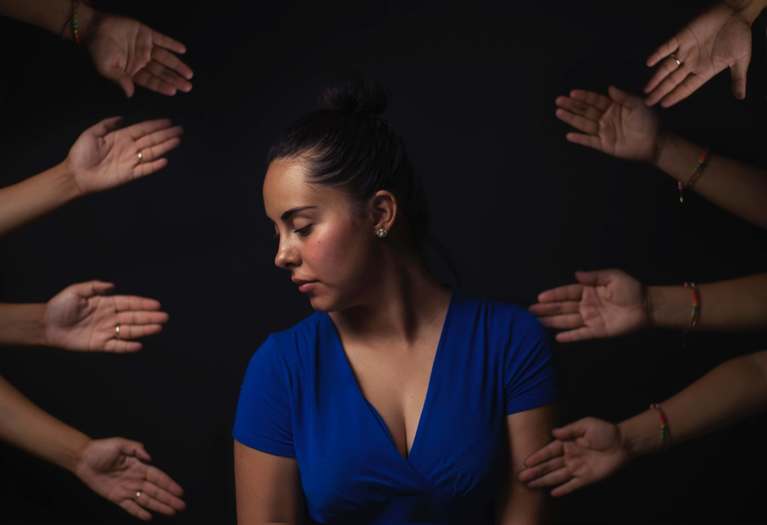 You’re fed up with judgmental people. Who wouldn’t be?

No matter what you do, it’s not good enough for these people. They only see more reasons to dislike you and to paint you as the villain.

They’ll use anything to justify the assumptions they’ve made about you. And they’ll spread half-truths and angry rants to turn others against you.

No matter what you say, they’ve already decided you are the enemy.

But are you absolutely sure you haven’t jumped to conclusions about them?

Why are people so judgmental?

Judgmental behavior is as easy as breathing.

If you’ve been conditioned to think a certain way, then anything that challenges that thinking is probably going to elicit a negative reaction — at least at first.

And by itself, judging isn’t a bad thing.

We all judge a situation to determine our best course of action. We all assess the people we meet to determine whether it’s a safe bet to trust them.

But when we’re right, we feel proud of our “judgment call.”

It’s one thing, though, to be judicious and another to be judgmental.

And while being the latter doesn’t make you a bad person, it does make it harder for you to become the person you want to be.

9 Signs of Being Judgmental

Are you a judgmental person?

Or do you wonder if you might be more negative than you’d previously thought?

Maybe you’ve cut yourself off from a judgmental person who’ve done their best to paint you as the traitor or as a bad person.

But you admit to thinking ill of them, too.

After all, they judged you first.

You keep remembering what they said or what they did. It’s not something you can just forget.

And you’re still inclined to think of them in unflattering terms.

So, what makes you any less judgmental than they?

Do any of the following judgmental signs sound familiar?

1. You struggle to appreciate people who are not like you.

If you see yourself a certain way (or, more accurately, you want to see yourself that way), you’re more likely to see the differences between that idea of yourself and other people.

And those differences — or the celebration of them — can feel like a judgment.

When you’re insecure, you tend to feel called out by those who take pride in attributes or decisions that differ from your own.

2. You have a hard time seeing past other people’s flaws.

Once you see a flaw in other people, you find it hard to see past it to their good qualities — especially if the flaw is one you would find difficult to forgive in yourself,

You saw that flaw in someone you should have been able to trust. And you refuse to see it in yourself, even if, on some level, you know it’s there.

Or maybe you’re afraid that if others see flaws in you, they’ll attack you for them. Or they’ll leave.

And if you won’t allow yourself to have flaws, why should you tolerate them in others?

3. You easily jump to conclusions about people.

The easiest conclusions to jump to, of course, are the ones that agree with assumptions you’ve already made.

If you’ve already prejudged someone in your mind, even if you question that prejudice, you’re likely to fall back on it if they offend you in some way.

Aha! You knew it. You were right about them all along. And you feel perfectly justified in calling them out for their lack of self-awareness.

But maybe it’s time you corrected your own.

4. You’re secretly hyper-critical of yourself.

While you indulge in criticizing those who push your buttons, you’re also secretly criticizing yourself for even minor faults.

Harsh as you may be in your criticism of others, you are your own worst judge. You hate everything you see in yourself that makes you feel vulnerable to attack.

You want to accept yourself as you are. But you also want to see yourself a certain way. And you want others to see you that way, too.

So, you resent any perceived difference between that ideal and your true self.

5. You tend to believe the worst about people.

You’re so ready to believe that people will let you down, you focus on the reasons to believe this. You see the worst in them, because it protects you from disappointment.

Besides, you expect them to see the worst in you, too.

And if all they see in you is what they dislike or what they find pathetic or hateful, why shouldn’t you protect yourself by taking note of what you can use against them?

It’s a trap any of us can fall into. You can avoid it only by choosing to see the good in others and looking for common ground.

But that requires some vulnerability on your part. And that means risk.

6. You’re intolerant of people who disagree with you.

After all, what you believe is who you are — or so you think. You’re actually much more than that. And so are they.

But how could they reject a belief you consider essential to being a good person?

On the other hand, what if you’ve only misunderstood the reasoning behind the stand they’ve taken. You’re both operating on the information you have.

It’s just possible your information doesn’t match, but your values still do.

7. You’re suspicious and distrustful of others.

You find it difficult to trust others — especially if they’re different from you or if you secretly feel judged by them in some way.

Maybe they remind you of someone who hurt you in some way. It doesn’t take much to see the same warning signs in other people.

And you protect yourself by holding onto your reservations.

You justify your caution even when some call you “paranoid.” You’re not paranoid if you’re right. And you have to be.

8. You tend to believe people are either “good” or “bad.”

It’s safer to stick with black and white thinking. If someone gives you a bad feeling or if you see something in them you don’t like, they’re “bad.”

Someone you trust and whose company you enjoy is “good.”

As for you, . . . well, of course, you’re a good person. Anyone who doesn’t see that isn’t worth the stress of associating with them.

And just as they judge you as “bad” (or so you think), you dismiss them as a “bad” influence or as a toxic person. And maybe their words are toxic.

But just like you, they are more than their worst behavior.

9. You struggle to see the good in others.

Only with an open mind can you expand and make room for all that is good in yourself and others. Being judgmental keeps your mind closed.

And you may feel safer with your mind clamped shut. But nothing grows in there.

The air grows dank and suffocating. And you look for escapes that don’t require you to open that mind even a crack. Because once it opens, you can be hurt.

And maybe it’ll be something you haven’t seen yet.

How to Be Less Judgmental

Maybe now you’re thinking, “Why am I so judgmental? How did I get this way?”

Once you can admit to yourself that you can be just as judgy as those judgmental people you’ve complained about in the past, you can work on the next questions:

To answer those questions, take the following steps. Some require a shift in your thinking. Others involve cultivating a new habit — one day at a time.

All will help you live more consciously and make the most of your gifts.

Numerologists consider 11 to be a “master number.” And how fitting, since it turns out the best way to deal with judgmental people is to master your own tendency to put judgment before compassion

If you can honestly admit you’ve been judgmental of others and of yourself, you’ve taken an important step toward becoming the person you want to be.

No one can correct a harmful tendency they’re not even aware of. And becoming more self-aware takes conscious effort and daily practice.

But you’re more than worth it.

Never forget that, whatever your faults, you’re not alone. We all fall short of our ideals. No one has a perfect record of either saintliness or depravity.

May you remember this and allow compassion and forgiveness to influence everything you do today.