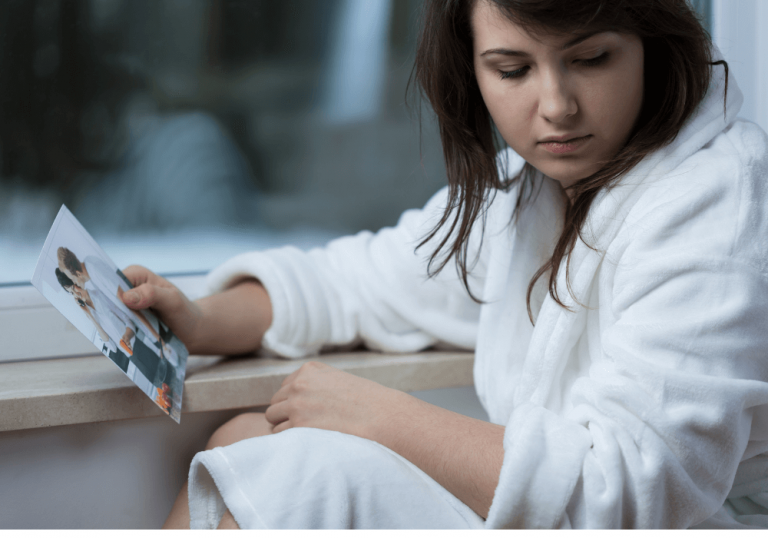 Does your ex hate you? It sure seems like he does.

And you’re not sure exactly why—let alone what you can do to make things better.

He tells you you’ve changed.

You’re not the same person he fell in love with.

And you could say the same about him.

If there’s still love, it’s either not mutual or not enough—or both.

So, does your ex hate you—truly?

Or is something else going on?

Does My Ex Hate Me?

If you’re wondering, “Does my ex hate me?” look for the following behavioral signs:

If you were nodding your head at more than one of these, chances are your ex feels something less than warmth toward you.

And given what you’re both going through right now, that probably isn’t a shock.

My Ex Hates Me: 13 Reasons You’re on His Sh*t List

So, now that you’re thinking, “Yep, my ex-husband hates me,” let’s look at 13 plausible reasons why.

You initiated the divorce or the break-up, and he still doesn’t understand why. Maybe he did his best to get a satisfying answer from you as to what he did wrong or when you started thinking of divorce in the first place.

And while he’s not fighting you on the break-up, he doesn’t understand why you’re not interested in going (back) to couple’s counseling.

After all, a relationship expert might convince you you’re making a mistake.

2. You moved on too quickly.

If you’re dating someone else within weeks of your divorce or break-up, your ex might take that personally. And if you have kids, he might worry about how your kids will react to seeing their mother with someone else.

He might also want to know if you were cheating on him with this person—or if you divorced him because you wanted to date the person you’re dating now.

It’s also possible your ex was hoping you’d change your mind and go back to them.

3. You took something of his.

It’s one thing if the thing you took was a gift given to both of you, and you thought, “Well, I use this more than he does,” or “This will look so great in my apartment.” In that case, you can discuss it with your ex and maybe offer something in exchange as a compromise.

If you took something that actually belongs to him and was never explicitly given to you, you need to either return it or ask if he would accept a fair trade.

4. You were abusive to him.

If you’re here wondering, “Why does my ex hate me if he dumped me?” it could be because he sees your past relationship as abusive in some way. And he wants to protect himself from being hurt again.

If you dismiss his charge of abuse as “overreacting” or projecting, it’s worth taking a closer look at your relationship—ideally with a therapist who has relevant experience.

Everyone needs a good therapist.

5. You betrayed their trust.

Maybe you cheated, and the relationship hasn’t recovered from that. Or maybe you shared a secret that should have remained between you two. Perhaps you did something they see as a betrayal but that you do not.

Whatever the betrayal, it can’t hurt to simply apologize if you haven’t already and to do what you can (and what is reasonable) to make amends. Your ex wants to see proof of genuine remorse.

And even with that, trust doesn’t grow back automatically.

6. Your mutual friends chose you over them.

Your mutual friends, who used to enjoy spending time with both of you, have abandoned him to hang with you instead—taking your side of the story as the only one that matters.

Look at the situation from his perspective, and it’s easy to see why that would hurt.

Maybe you didn’t consciously intend to win them over against your ex, but they’ve all turned against him.

It’s understandable if he suspects you’ve poisoned their minds against him.

7. You trash-talked him to others.

Maybe you blamed your ex for everything that went wrong in your relationship. Or maybe you blabbed about their worst offenses or worst traits when talking to family members or mutual friends.

It’s so much easier to do this without muddying the waters with context or any mention of your own mistakes.

Don’t be surprised if he feels ill-used. You would, too.

8. Someone else is poisoning your ex against you.

It could also be true that someone on your ex’s side—family, friends, coworkers, etc.—is trash-talking you behind your back to persuade him he’s better off without you.

They may turn suspicions into gossip. Or they may simply take one of your greatest hits and use it as fodder for an angry rant that your ex can’t help agreeing with (because “who does that, right?”).

In any case, you can’t exactly blame them for rallying to his side and wanting to help him move on. And if you have a problem with the way he’s treating you because of their influence, you can try to discuss it with him without assigning blame.

9. You took someone else’s side against theirs.

So much for a united front. When your ex hoped you’d back them up on something, you pulled a fast one and backed the person disagreeing with them.

Maybe you even humiliated them in front of others. And (surprise?) it still hurts.

It’s one thing to disagree and to be honest about that. It’s another to make them feel like the butt of their own joke.

Put yourself in their place, and don’t rule out a genuine, empathetic apology.

10. You abandoned them when they needed you most.

Say your ex did something regrettable, and the word got out. Naturally, your family is horrified and offended by it, and some are quick to react in anger.

Only… you did the same thing. And rather than stick up for your ex and tell the critics to back off or to go ahead and attack you, too, you keep silent.

When your ex asks you to have their back and admit you’ve done the same, you respond with, “Do you know what they would do to me if they knew?”

At that moment, your ex knows what’s really important to you and what comes second. While you can (and should) apologize, forgiveness doesn’t magically restore trust.

If your ex is being a jerk every time you interact for any reason, it could just be he’s trying to send the message he doesn’t want you in his life anymore — in any capacity.

Whatever his issues might be and whether or not they’re related to you, it doesn’t help to take his behavior personally, even if he wants you to. His behavior is about him and his apparent decision to ice you out.

If nothing is keeping you in his orbit, getting away may be the best thing for you both.

12. He still has feelings for you.

He might hold onto the hope that you’ll realize you were better off with him. Or maybe he agrees that divorce or a break-up is the right call. But he still loves you and is still hurting.

Give him the space to grieve what he thought you had together or what he hoped you would have as a couple. It’s a hard thing to lose.

Give yourself time to grieve, too—even if you’re not yet aware of what you’ve lost.

Now that you’ve looked through 13 possible reasons your ex seems to hate you, which one sounded like the best fit for your situation?

Whether you’re thinking, my ex-boyfriend hates me, or you’re dealing with a messy divorce, you can expect the air between you and your ex to be full of tension, even if you’ve both tried to respect each other’s wishes.

With that in mind, what will you do differently today?