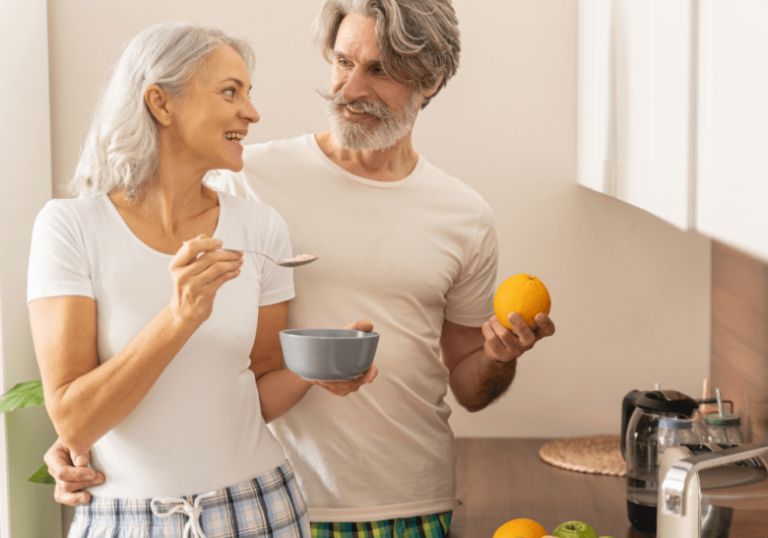 Are you looking for a good man? Do you know what to look for?

With something as significant as dating and marriage, you want to figure out what you value in a partner.

You naturally want love and companionship, but you shouldn’t compromise on things that matter to you.

Knowing what you want empowers you to make strategic choices that could lead to a satisfying and happy relationship.

What to look for in a guy varies a little according to individual tastes, but some things stand out as the best qualities in a man.

What Do You Want in a Man?

The variables you use to judge a man can range from superficial traits to spiritual beliefs. In the beginning stages of romance, your focus may be on physical characteristics.

Many surveys about what women look for in men conclude that women want men who are taller than them. Beyond the physical, financial prospects often enter the equation — although it might not be as crucial as it was historically.

A global survey of women asked them about everything from appearance to education to religion. The answer to, “What are the qualities of a good man to marry?” differed by country.

Money mattered the most to women in Japan, whereas women in France ranked it near the bottom. Regardless of regional differences, women universally chose kindness as their biggest priority.

31 Qualities of a Good Man

Instead of trying to figure out, “What is the most attractive quality in a man?” you may want to identify your top 10 to 20 qualities. A man who shows all 31 qualities of a good man is rare indeed, but someone whose character includes most of what you’re looking for in man could delight you for the rest of your life.

Your guy may not need a Nobel Prize in Physics, but intelligence is a highly sought after quality. Someone with a good head on his shoulders should have the mental skill to understand himself and be considerate of others. He should be as smart as you are, so you can both enjoy conversation and interests on the same level.

Can you really fall in love if he doesn’t get your jokes? A sense of humor also guides a person through the tough times that inevitably occur throughout life. The ability to lighten the mood counteracts negative emotions and makes things easier for both of you.

You want a man who recognizes that he is accountable for his actions. A good man accepts that he is an adult who must take care of himself and those dependent on him. He follows through on his promises and obligations.

At some point, the juvenile antics need to end so he can focus on more important things like supporting himself and being responsible. A mature man appreciates other people and can make rational decisions. He also may be ready for a long-term commitment because he has grown past immature desires for instant gratification.

If you want a kind man like most women, you can judge that by how he treats others. Genuine kindness goes beyond how he treats you. Pay attention to how he interacts with service employees or talks about his co-workers. Notice if he expresses sympathy for people’s plights and is quick to lend a helping hand.

This trait could spare you arguments about why the house is a mess when you come home. A self-directed person does not need to be told what to do. A man with this quality will see what needs to be done and do it. You won’t have to nag him to do anything.

A man who does not need everyone bowing to his authority supports you in feeling capable and appreciated. He is happy letting you make your own decisions and values your independence. He does not care about having the final word about everything.

Sometimes people believe that they are helpful when they stand over your shoulder and tell you exactly what to do. You’ll be better off with a man who doesn’t assume that you need his guidance about everything.

A man who trusts you won’t be vulnerable to unreasonable jealousy. He’ll know you well enough to have faith that you’re committed to him. He’ll be comfortable letting you go about your business without needing to control what’s happening.

10. Shows Interest in Your Friends and Family

This behavior signals that he values you enough to give time and energy to the people who matter in your life. Showing your family courtesy and socializing with your friends means that he wants to embrace the big picture of what life with you entails.

Maintaining a meaningful relationship requires ongoing work. Romance should last beyond the first few dates. A man who stays attentive to your needs, suggests new things to do for fun, or maintains his appearance is making an effort to keep the flames of love going.

All couples in relationships have complaints and disputes. His willingness to correct annoying behavior when asked shows that he’s listening to you. He cares enough to accept that you were upset and that he can do better.

Men often lack the skill of understanding their emotions. They assume that they’re rational when that is the farthest thing from the truth.

A man who knows why he’s sad, mad, afraid, or happy possesses self-awareness. He has a greater capacity to cope. This skill protects him from the destructive impulse to shove emotions away without examining them.

14. Sees Your Emotions as Valid

You’ve heard the joke that the worst things a man can say to a woman are “calm down” or “you’re overreacting.” Phrases like these represent a complete dismissal of your feelings. A man willing to accept your emotions as they are and proceed from there will make you feel heard and supported.

Relationships are all about helping each other. Helpfulness is an excellent trait in a man because he wants to make a difference in your life. He’s willing to inconvenience himself and go the extra mile because he cares for you and wants to help you.

Stereotypes give women the role of nurturer, but some men are innate nurturers. You may know the word “husband” as a noun, but it also has an archaic meaning as a verb — to till and cultivate. A nurturing man grows things. Don’t underestimate the value of this trait.

Biologically, men are generally bigger and stronger than women. They also have an instinctual drive to protect their families and communities. As long as a man’s protective trait does not cross the line into overly controlling behavior, he’ll have your back.

18. Plans for the Future

Living in the moment has its merits, but wise people think about what comes next. A man who engages in long-term thinking has an advantage over most people. Knowing he has plans gives you a sense of security and knowledge about who he is and what he wants from life.

A man who pursues new knowledge and perspectives can adapt to change. Long-term love requires accepting that some things will change. He’ll have the right attitude to cope with changing situations at home or work.

15 Different Types Of Romantic Relationships You Should Know About

When he keeps you informed about what’s going on in his life, he’s showing you courtesy. He realizes that being mysterious about what he’s doing could make you worry needlessly. He doesn’t hold back information to control or manipulate you. He feels secure enough with you to share.

21. Tells You About His Needs

Many men aren’t great about sharing their feelings, but a man who’ll honestly tell you what he feels is doing you (and himself) a favor. You won’t have to guess what he wants and wonder what’s in his heart. Essentially, he says what he means and doesn’t expect you to read his mind.

Everyone, regardless of gender, needs honesty in a relationship. You should consider this a mission-critical trait in a partner. He needs to be honest in the small things as well as the large.

When he lets others know that you’re the one responsible for something great, you can know that he’s proud of you. He never downplays your talents or switches the spotlight to himself when he doesn’t deserve it.

You’ll want to look for a man who appreciates your independence and ambition. A man who sees your job as an essential part of your life is ready to help you succeed. Your success doesn’t threaten him.

You certainly want to look for a man who will be faithful to the relationship. You’ll be able to spot a man capable of loyalty because he’s sincere. He also possesses personal integrity, which means his principles guide his decisions and actions.

A man can love you with all of his heart but still forget to pick you up at the airport. You want a man who does what he says he’ll do. A reliable person reduces relationship stress because you can count on him.

Good manners are free to all. A man who displays good manners has learned that everyone deserves basic courtesy. Good manners reflect that he respects not only you but also himself.

You’ll see confidence high on lists of desirable traits for men. Self-confidence prevents insecurity and neediness in the relationship, which can lead to misunderstandings and fights.

Confidence is a highly attractive quality — unless it slides into arrogance. Be mindful of how you evaluate a man’s confidence. He may be faking it to appear in control but is really insecure behind the facade.

Patience can fix many problems and even prevent them. A good man knows time is the best cure for strong emotions. He’ll give you or himself time to cool down before trying to address a problem. He also understands timing and is willing to wait for something worthwhile.

Some people see themselves as victims. Others may understand that they’ve been a victim but still hope for good fortune. A man who believes that things can get better is much easier to live with than someone who always expects the worst.

31. Wants to Build Others Up

A supportive man who shares his energy so that others can reach their goals proves that he’s not self-centered. He finds joy when he helps you or someone else deal with a challenge.

When Looking for a Good Man, Try to Stay Objective

As you can see, you have many things to consider when thinking about what to look for in a guy. Some qualities come down to personal preference, but some traits are essential, like honesty and loyalty.

Don’t let your desire to see the best qualities in a man blind you to his shortcomings. Avoid projecting traits on him that aren’t there. Try to be objective so that you can move forward with confidence when a guy checks off the essential boxes on your list.