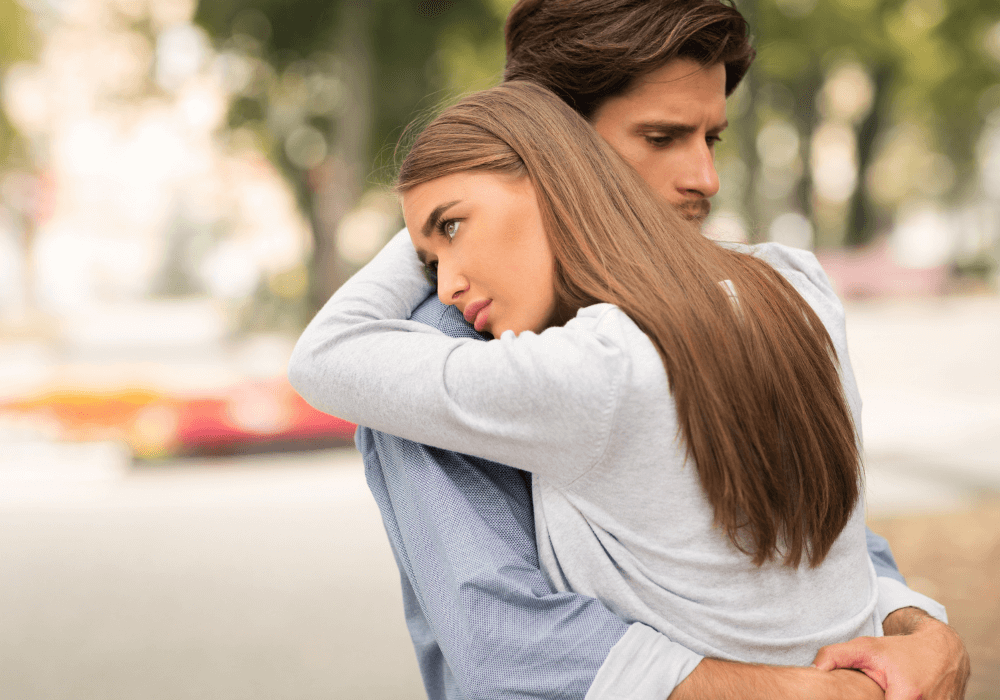 Do you know how to tell if someone doesn’t have empathy for others?

You’ve noticed how perceptive they are about other people.

But empathy is about more than noticing things.

People who lack empathy aren’t necessarily oblivious to what others are feeling.

They can pick up on the signals that go with another’s emotions without actually sharing those feelings.

Empathy is the ability to put yourself in someone else’s shoes and to feel what they’re (probably) feeling.

When you really “feel for” someone else, you empathize with them.

Genuine empathy is linked to feelings of connectedness, solidarity, and compassion.

So, a lack of empathy for others has a real impact on your ability to build and nurture healthy relationships.

It’s harder to care about others’ feelings when you either don’t perceive or don’t understand them.

What Causes a Lack of Empathy?

It needs to be said: lacking empathy (or seeming to) doesn’t make you a bad person.

Empathy exists on a spectrum, and while some are at the low end, that doesn’t mean they’re wholly incapable of empathizing.

They may respond to another’s suffering with cognitive empathy — understanding why someone might feel the way they do but not feeling the same emotions on their behalf.

Or they might, through affective empathy, feel overwhelmed by another person’s emotional pain without understanding what’s behind it.

Compassionate empathy is a combination of cognitive and affective empathy: you understand why someone feels the way they do, and you share those feelings with them. This type of empathy makes it easier to be there for your friends when they’re hurting and helps them feel less alone.

Someone with low empathy may seem either incapable of empathy or pathologically averse to it, when it’s more likely they feel overwhelmed or confused by another’s emotions and simply “can’t take it.”

21 Lack of Empathy Signs to Watch Out For

A lack of empathy for others doesn’t look exactly the same from one empathy-challenged person to the next.

Which ones sound familiar to you?

With lower empathy comes a stronger need to criticize people who don’t meet your expectations or your ideas of how people should be.

You’re less likely to bother trying to understand why someone thinks or acts the way they do when you don’t feel the slightest connection to them.

As far as you’re concerned, their differences from you make them a threat.

2. Intolerance of Opinions that Don’t Match Your Own

If you’re low on empathy, everyone is entitled to your opinion, but you don’t really have time or headspace for theirs—unless, of course, they agree with you 100%.

Opinions that run counter to your own deserve only contempt and ridicule. Why sugarcoat it? If they were as intelligent and perceptive as you, they would agree.

Low empathy makes you less able to interpret someone else’s body language unless you see something in it to take personally. If you see something that feels like an inside joke at your expense, you might ask the offending person to say what they’re thinking.

Then, if it’s not complimentary, you can return the favor.

Low empathy means never having to apologize for the way your words and actions affect others. Apologizing feels too much like admitting you were wrong. And you’ve yet to see any proof of that. If someone is offended, you have an answer for that, too.

5. Seeing Other People As “Too Sensitive”

People who are offended by something you’ve said or done are clearly overreacting and being oversensitive. It’s not personal. It’s just how it is. You’re one of those rare people who aren’t afraid to risk offending someone to say what “needs to be said.”

Other people need to toughen up. If they were more like you, they’d understand.

This one should be fairly obvious by now. The low empathy person is more self-focused than people with more empathy. They don’t feel an inward push to understand others.

And if they weren’t even thinking of you, why should you take their words or actions personally?

Just when you think you’ve found a friend who “gets you,” you find they have other friends they’d rather spend their time with. You’re someone they’ll hang with if those other friends aren’t available. But there’s no real closeness there. You just “get along.”

You see how others write you off without bothering to understand why you are the way you are (it’s a fascinating story, really). And you don’t get it.

While you might dismiss their opinion of you as shallow, you can’t help wondering why most (if not all) people eventually give up on you.

Low empathy leads to a lack of interest in understanding other people. If they don’t act in a way that matches your expectations, you’re quick to condemn them for that.

You don’t see a point in understanding someone’s rationale for acting in a manner opposite to your own. If they don’t do as you do, they deserve exile.

Dealing With A Lack Of Empathy From Your Partner or Spouse

What Are Superficial Relationships? 17 Signs You May Be In One or More

10. Tendency to Blame Others (for Everything)

If you’re low on empathy, you don’t want to believe anything is truly your fault — at least not exclusively. Others must share the blame when something you’re involved in goes sideways. And if you can shift the blame entirely onto others, so much the better.

People with low empathy have a hard time seeing outside their own narrow perspective. They won’t allow that perspective to broaden by openness to other people’s ideas, cultures, and perceptions.

If you don’t focus on realizing their vision, you have no place in their world.

12. Rejection of Other Points of View

Low empathy people prefer to surround themselves with like-minded individuals or “yes men” who agree to everything they say. If your boss is low on empathy, you’ve probably picked up on how dangerous it can be to your career to disagree with them — on anything.

Low empathy people prefer to avoid being drawn into other people’s emotional drama. In fact, they’ll do everything possible to steer clear of it.

Two people at odds over something the low empathy person doesn’t care about is obnoxious to them. And they’re more likely to dismiss emotional “leakage” as weakness.

14. Refusal to Allow Your So-Called Needs Burden Them

If you’re low on empathy, you’re less likely to feel invested in other people’s happiness.

If someone else’s needs conflict with your own desires, you’re more likely to downplay the former or even accuse the other person of trying to sabotage your happiness. Anyone who dares suggest your wants matter less than the real needs of others is just wrong.

15. Difficulty Being Happy for Others.

The more narcissistic you are, the harder it is to feel happy for others and to celebrate their wins with them. Because if your focus is on yourself and on what you’re feeling, you don’t feel invested in other people’s successes.

Their triumph is an unwanted distraction.

16. Aversion to Grieving with Others

If you’re low on empathy, condoling with those who are suffering isn’t really your thing, either. When you pick up on sadness or emotional pain in others, you suddenly want nothing more than to be far away from them.

You want no part in it—unless it somehow serves your interests.

17. Allergy to Good Moods in Others

Having a good day so far? They’ll fix that. People who have little empathy for others either don’t feel or don’t understand your good mood—or any mood that doesn’t match theirs.

Another person’s lightheartedness is more likely to confound and irritate them than to lift them up. After all, if they’re not in a good mood, it doesn’t make sense for anyone else to be.

18. Tendency to Bring Out the Worst in Others

If you know someone low on empathy, you’ve probably experienced this firsthand. They have a knack for bringing out the worst in you. So, who can blame you if you prefer to spend as little time as possible around them?

Whatever you might gain from being in their company, the downsides catch up pretty quickly.

19. Difficulty Reading Between the Lines

Someone with low empathy has a hard time reading between the lines when others are speaking. Just as they’re disconnected from body language that conveys emotions, they’re less attuned to subtext.

They’re more likely to seize upon something that interests them personally and block out everything else.

20. Lack of Interest in What Matters to You

Someone with low empathy just isn’t all that interested in hearing about your problems.

The exception, of course, is when you mention a problem they feel uniquely qualified to fix. In that case, they’re happy to share their ideas, ostensibly for your benefit but mostly to demonstrate their superior knowledge and usefulness.

Surprised? Probably not. People with low empathy often end up alone. They’re not great at building and maintaining relationships that last.

Even those with shared ideals tend to gravitate toward people with more empathy. And the low empathy person can’t help noticing the continual exodus from their social sphere.

People might venture into it out of curiosity, but they don’t stay long.

Knowing the signs of low empathy is useful in its own right, but if you’re still wondering what this looks like in real people, check out the following examples;

Now that you have some idea of how low empathy manifests in people, who comes to mind? And what will you do differently this week?