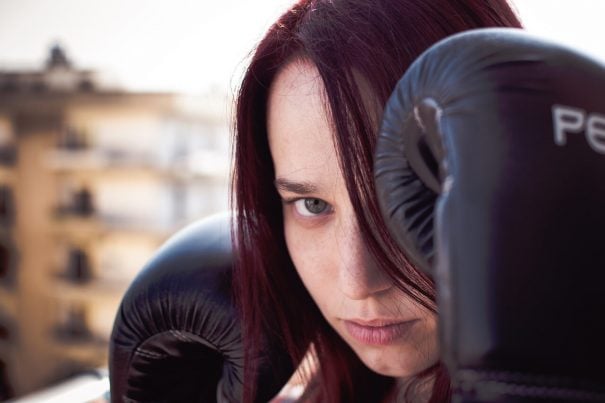 You may have noticed recently that women around the world have been making their voices heard.

From the five million women worldwide who participated in the Women's March to the “Day Without a Woman” strike, women have banded together to express their concerns, challenges, and dreams.

Women have struggled for hundreds of years for equality and respect, and often the beautiful qualities that women possess naturally are viewed as unworthy.

Isn’t that a grand contradiction?

But in spite of that contradiction, women have been slowly but surely breaking down gender barriers around the world.

You don't have to participate in a march or a strike to express your strength and independence as a woman.

Even in the most mundane aspects of your life, you can herald your inner power and self-confidence through your words, actions, and beliefs.

Whether women are powerful politicians, influential celebrities, working professionals, or stay-at-home moms, amazing women everywhere have and continue to make their sex proud by standing up for equality, dignity, and respect in all facets of life.

Here are 50 strong women quotes to inspire you to be proud and confident as woman:

1. The most effective way to do it, is to do it. ~Amelia Earhart

2. I just love bossy women. I could be around them all day. To me, bossy is not a pejorative term at all. It means somebody’s passionate and engaged and ambitious and doesn’t mind learning. ~Amy Poehler

3. Figure out who are you separate from your family, and the man or woman you’re in a relationship with. Find who you are in this world and what you need to feel good alone. I think that’s the most important thing in life. Find a sense of self. With that, you can do anything else. ~Angelina Jolie

4. You have trust in what you think. If you splinter yourself and try to please everyone, you can’t. ~Annie Leibovitz

9. Of course I am not worried about intimidating men, The type of man who will be intimidated by me is exactly the type of man I have no interest in. ~Chimamanda Ngozi Adichie

10. The most courageous act is still to think for yourself. Aloud. ~Coco Chanel

11. A woman is the full circle. Within her is the ability to create, nurture, and transform. ~Diane Mariechild

12. If you don’t like the road you’re walking, start paving another one. ~Dolly Parton

13. The best protection any woman can have is courage. ~Elizabeth Cady Stanton

14. It’s not the absence of fear, it’s overcoming it. Sometimes you’ve got to blast through and have faith. ~Emma Watson

16. The first problem for all of us, men and women, is not to learn, but to unlearn. ~Gloria Steinem

The first problem for all of us, men and women, is not to learn, but to unlearn. ~Gloria Steinem

17. It needs to be said and heard: It’s OK to be who you are. ~Hailee Steinfeld

18. Take criticism seriously, but not personally. If there is truth or merit in the criticism, try to learn from it. Otherwise, let it roll right off you. ~Hillary Clinton

19. The challenge is not to be perfect … it’s to be whole. ~Jane Fonda

21. If you obey all the rules, you miss all the fun. ~Katharine Hepburn

22. Find something you really care about and mix that with something you love doing… For me it was ending violence against women. ~Kathleen Hanna

Read Related: 24 Anxiety Symptoms In Women and How To Annihilate Them

23. Women asking for raises should not only know their value, but they should ask with the confidence that they’re helping the company to be successful. ~Kirsten Gillibrand

25. I’m a woman, of course I still have curves on me, and that’s ok. I had a baby and I’ve worked hard. And I don’t think women should have to feel that kind of pressure. I’ve done it really healthfully, and I took my time. ~Lily Aldridge

26. I hope that my presence on your screen and my face in magazines may lead you, young girls, on a beautiful journey. That you will feel the validation of your external beauty, but also get to the deeper business of being beautiful inside.” ~Lupita Nyong’o

27. It took me quite a long time to develop a voice, and now that I have it, I am not going to be silent. ~Madeleine Albright

28. I’m tough, I’m ambitious, and I know exactly what I want. If that makes me a bitch, okay. ~Madonna

29. I am done looking for love where it doesn’t exist. I am done coughing up dust in attempts to drink from dry wells. ~Maggie Young

30. We realize the importance of our voices only when we are silenced. ~Malala Yousafzai

31. Never doubt that a small group of thoughtful committed citizens can change the world. Indeed, it is the only thing that ever has. ~Margaret Mead

Read Related: 40 Hobbies For Women To Strengthen Your Brain And Body

33. A strong woman is a woman determined to do something others are determined not be done. ~Marge Piercy

34. A woman has got to love a bad man once or twice in her life, to be thankful for a good one. ~Marjorie Kinnan

35. Nothing can dim the light that shines from within. ~Maya Angelou

36. Do not judge a woman on her knees. You never know how tall she is when she stands. ~Mie Hansson

Be the heroine of your life, not the victim. ~Nora Ephron

37. I think the best role models for women are people who are fruitfully and confidently themselves, who bring light into the world. ~Meryl Streep

38. Be the heroine of your life, not the victim. ~Nora Ephron

39. Think like a queen. A queen is not afraid to fail. Failure is another steppingstone to greatness. ~Oprah Winfrey

41. They’re gonna keep knocking away until all this comes crashing down. But I’m not gonna ever crash. I’m in control. ~Rihanna

42. The thing women have got to learn is that nobody gives you power. You just take it. ~Roseanne Barr

43. When it comes time to settle down, find someone who wants an equal partner. Someone who thinks women should be smart, opinionated and ambitious. Someone who values fairness and expects or, even better, wants to do his share in the home. These men exist and, trust me, over time, nothing is sexier. ~Sheryl Sandberg

The thing women have got to learn is that nobody gives you power. You just take it. ~Roseanne Barr

44. A surplus of effort could overcome a deficit of confidence. ~Sonia Sotomayor

45. I think the girl who is able to earn her own living and pay her own way should be as happy as anybody on Earth. The sense of independence and security is very sweet. ~Susan B. Anthony

47. I would rather be handsome for an hour than pretty for a week. ~Tilda Swinton

48. If it is true that men are better than women because they are stronger, why aren’t our sumo wrestlers in the government? ~Toshiko Kishida

49. A feminist is a person who believes in the power of women just as much as they believe in the power of anyone else. It’s equality, it’s fairness, and I think it’s a great thing to be a part of.”~Zendaya

What other strong women quotes would you add to this list? Sound them off in the comments below, or reach out to us via social media! 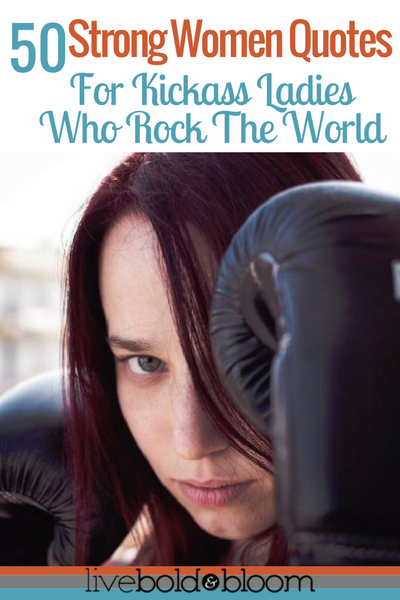