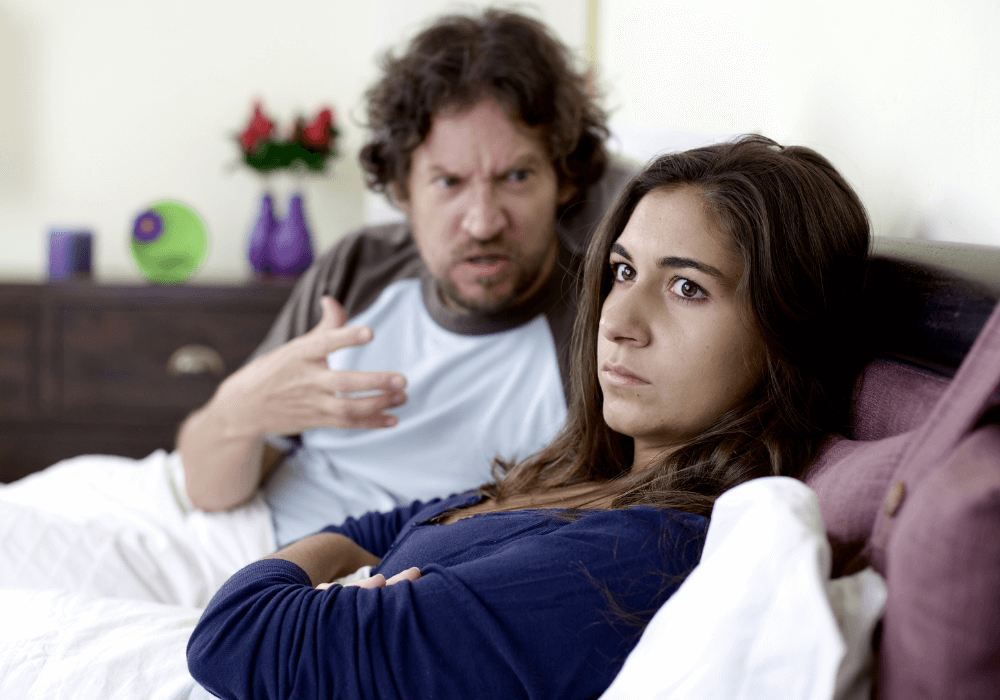 The disrespectful spouse quotes in this post are a call to action.

No woman should feel obligated to stay with a guy because he hasn’t physically abused her (yet).

If you’re not married to him, you can say, “Stop disrespecting your wife!” though you might not expect much to change.

He may not even see his behavior that way.  Or he may not care.

How To Use These Disrespectful Husband Quotes to Find Your Voice

How can you put these quotes about disrespectful husbands to work? We’ve come up with a few ideas.

No, you’re not perfect. Guess what? Nobody is.

But that doesn’t mean you don’t deserve to be treated with kindness and respect. We all do.

So if your husband or partner isn’t rising to the occasion, find your voice and speak up.

Why Is My Husband So Disrespectful?

Disrespect in marriage (or any relationship) is corrosive, whether it’s mutual or one-sided.

Whether this behavior is new or not, here are a few reasons why he might be treating you disrespectfully:

If you’re reading this as a disrespected spouse, you know your husband better than we do. Which of these feels like the most likely reason? Or do you suspect something else?

Look through the following collection of 21 disrespectful husband quotes and make a note of the ones that resonate with you.

We hope that their words motivate you to take action—either to confront your husband or to get away from him.

1. “When you tolerate disrespectful people you disrespect yourself.” ― Wayne Gerard Trotman

3. “Love is a reason for so many things… But not to tolerate disrespect and abuse. Let love be the force that heals you from a bad relationship; not what keeps you in it.” ― Steve Maraboli

4. “Being critical isn’t the same as being disrespectful.” ― A.D. Aliwat

5. “Disagreement is one thing; disrespect is quite another.” ― Richard V. Reeves

6. “Poisonous relationships cloud your vision. I wasted a lot of time adjusting my personal boundaries and justifying disrespect when it would have been so much easier (and a lot less painful) to simply adjust my life to their absence.” ― Steve Maraboli

7. “If you want her respect, do not disrespect her feelings.” ― Gift Gugu Mona

8. “Some people console themselves by telling themselves that at least their lover or spouse does not disrespect them enough to cheat on them openly.” ― Mokokoma Mokhonoana

9. “It’s better to be alone and keep your dignity than to be in a relationship where you always sacrifice your self-respect.” ― Auliq Ice

10. “You can’t be the dad who takes your kid out after your wife has said, ‘No ice cream,’ buys the ice cream, and says, ‘Don’t tell your mother.’ You teach the child to lie – and to disrespect the other parent.” ― Howie Mandel

12. “In marriage, disagreements are inevitable but disrespect is optional.” ― Dave Willis

14. “Don’t disrespect me, lie about it, and then come smile in my face and act like nothing’s wrong.” ― Scottie Pippen

16. “Your words to your spouse matter, but the tone in which you speak those words matters just as much.” ― Dave Willis

17. “Men are respectable only as they respect.” ― Ralph Waldo Emerson

18. “Abusive language and swearing are a legacy of slavery, humiliation, and disrespect for human dignity, one’s own and that of other people.” ― Leon Trotsky

21. “There is no excuse for making disrespectful and demeaning comments about women.” ― Beto O’Rourke

Now that you’ve looked through all the quotes, which ones stood out for you? And what will you do differently this week?