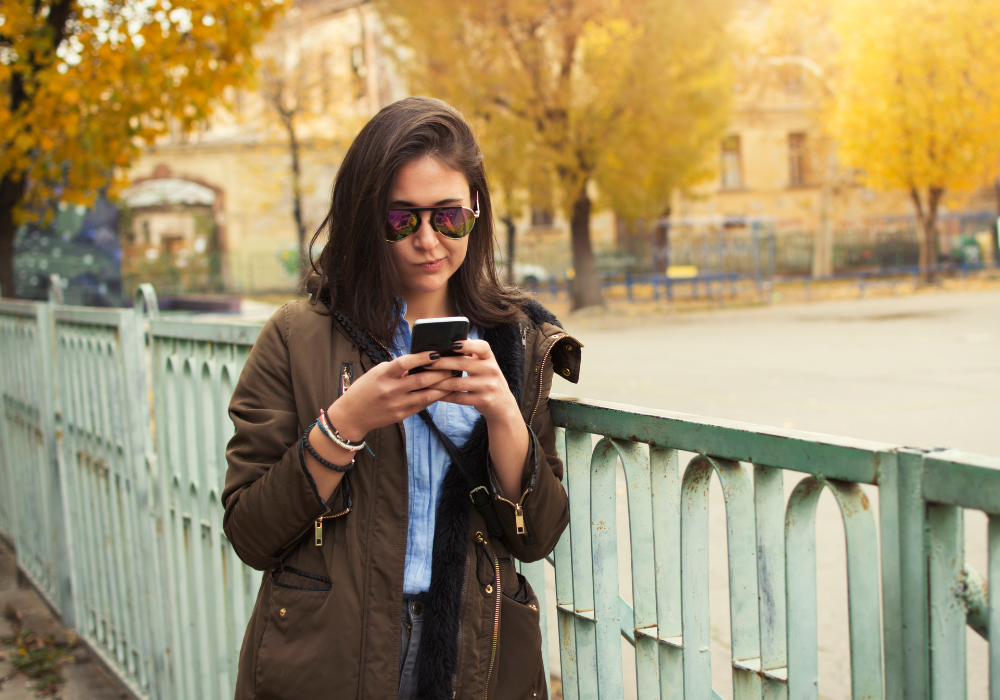 Should you block your ex?

It’s a complicated question that depends on the contours of your relationship and breakup.

If you’re hoping to get back together, then blocking your ex may not be the best option.

But if you’re over the toxicity, it may be time to unveil your trigger finger!

“No contact,” is a breakup methodology that advises people to refrain from all communication with their ex, but is it right to block them?

Does Blocking Your Ex Help You Move On?

Should I block my ex on social media?

Does blocking help you move on? It depends on the situation and your personality. There’s no right or wrong answer.

However, there are a few things to consider before pulling the plug.

So while blocking may help you move on after a damaging relationship, you could kick yourself months down the road if you realize that you also played a part in the breakup.

Should you exit stage left if you’re in an abusive (physical or mental) relationship?

Of course. Barring that, think twice about whether you want to go the blocking route.

Should I Block My Ex? 15 Pros and Cons

Is blocking an ex wise? Should I block my ex during no-contact periods? As mentioned above: It depends. Unfollowing may be the way to go if the relationship was a burning pile of moldy garbage.

But there are times when it’s more appropriate to slow your roll and use other tactics — especially if you’re hoping to reunite one day.

So let’s take a gander at both sides of the “blocking” coin.

When You SHOULD Block Your Ex

1. You Obsess Too Much

Are you a tad obsessive? No need to feel shame. Sure, some people always play it cool, no matter the situation (#goals). But for the rest of us mere mortals, an obsessive stage is usually in the cards.

And here’s the thing: Following someone on social media can masquerade as a genuine connection. And if you’re going through your obsessive period, it may feel like you’re still a part of their lives.

Things can get hairy. You’ll analyze every post; have three-hour-long conversations about what he was really trying to convey when he said, “GETTING WASTED WITH THE BOYS!!!”

You’ll convince yourself you deserve explanations and make a fool of yourself. Within weeks, you’ll be medaling in “ludicrous conclusion jumping.”

But you can skip all that by just blocking them. Done and done. Adhere to the motto: Block more, wallow less.

(And know this: the people we obsess over the most have a 96% chance of being terrible for you.)

Adjusting to your new life without your former partner can be an onerous hurdle to clear. Breaking out of the routine and habits you developed together and readjusting to losing an intimate partner are part of the process.

Wallowing in the past prevents you from moving into the future.

Blocking may be the best idea if you’re having trouble turning the page and starting the next chapter. That way, you won’t “see” them several times a day, which can propel you into a trauma loop.

Instead of social media stalking, use the extra time to think about your goals, friendships, and family. Meditate and do the hard work of plunging into shadow work.

You’re done, they’re not, and you want to convey, once and for all, that it’s over.

If they ask why you blocked them, be mature, straightforward, reply to the message, and be kind.

Explain that maintaining a connection is not healthy for you. If you want, leave the door open that you hope to reconnect in the future, but for now, it has to be this way.

If they keep reaching out, it’s acceptable to “ghost” them. Typically, ghosting falls under the immature umbrella, but blocking works in cases where you’ve tried but failed.

You’ve moved on and are thrilled with your decision. In fact, you’ve found a new love interest, and things are going well.

Everything is moving along to the rhythm of the 10-date rule (3-date rule for you lovely lesbian ladies), and you don’t want the relationship to turn left.

But a potential problem is lurking in the periphery: the psychotic ex.

OK, maybe they’re not psychotic, but they’ve still got it bad for you and are all over your social media, making a fool of themselves. Unfortunately, you’re just not that into them, and there’s no way you’re going back.

Nobody should ever have to hide their previous dating life. It is what it is. Besides, the person who’s right for you won’t care.

But if the situation is starting to make you uncomfortable, it may be time to say sayonara to your ex’s social media.

5. Your Ex Is Playing Mind Games

Breaking up was difficult enough, and the last thing you need right now is mind games. You’re hurt, healing, and looking for happiness.

But here comes your ex, hyper-posting pictures with their rebound dewberry, trying to convince the world (you) that they’re all “Live, Love, Laugh” now, and you’re pretty sure you-know-who paid for some glamor shot sessions.

Their current behavior is just another mind game, which makes moving on challenging since they know your triggers like Elizabeth Taylor knew jewels.

So take the plunge and bounce off their social media. Prevent them from hopping on yours, too.

6. The Breakup Was Ugly

The breakup was a flaming turd, wrapped in flatulence, inside a booger.

It’s over. You’re positive. And yes, you’re still whirring with resentment. As far as you’re concerned, it’s never too soon to see them again.

Staying connected on social media will only serve to keep the trauma alive. You don’t need that. After all, you’re looking to decrease your stress, not enhance it.

So slice that cord and move on with your life.

If you still need closure, it may not be wise to go on a blocking and unfriending spree. Perhaps you still need to talk about things or keep an open line of communication to arrange “moving and returning” logistics.

Whatever the case, you feel, from the bottom of your gut, that it makes sense not to sever the tie just yet.

You’ve broken up and gotten back together more times than Glynn “Scotty” Wolfe got married. You’ve tried. You’ve struggled. You’ve even been to a couple’s therapist.

But nothing worked. No matter how hard you tried, you were at Kanye-and-Kim levels of incompatibility.

Blocking can be a godsend when you’ve reached this red-alert stage, and nothing will mend your cyclone-damaged fences. If you have assets that need splitting, let a lawyer work on it.

Missing Your Ex-Girlfriend? 19 Surefire Ways To Get Her Back

When You SHOULD NOT Block Your Ex

We’ve covered when blocking is probably a great idea. Now let’s examine the other side.

1. It Diminishes the Chance of Getting Back Together

Did you know that over 50% of couples that separate get back together — at least for a little bit? Don’t block if you’ve weighed the scales and want to try again.

Who knows, maybe they are the right person who came along at an inconvenient time. Perhaps your stars have realigned.

2. You May Lose Mutual Friends

Were you with your partner for a long time? As a result, does the Venn diagram of your friend groups overlap? Heck, it may even be a single circle at this point.

In these cases, blocking your ex may cause tension among the ranks.

Blocking your ex may not be prudent if you enjoy the friends you made while together — or you became close with their family.

Sure, things may have ended on a sour note, but if you can be civil, remove your clicker finger from the block button.

Because when you go the block route, people begin to wonder if they must take sides, which is drama nobody wants or needs.

3. You Don’t Want To Convey Bitterness

Was the breakup fairly mundane? No shouting. No crying. No accusing the other person of eating crackers in bed. In these cases, it may not be the best to go on an unfriending rampage.

Right or wrong, people may tag you with the “bitter” label. So if you want to avoid any unnecessary headaches, just leave it be.

4. You Need Time To Think

In truth, you don’t know where your head is at. Nor can you decipher what to think. Was the breakup his fault? Or was it your fault? Or a little bit of both?

All you know right now is that you’re confused.

In these cases, don’t block. Who knows, maybe you’ll realize it was all a big mistake in a few weeks. Or perhaps you’ll determine that the breakup was necessary, but you’d like to remain friends.

We admit it. This is not a mature reason not to block your ex, but hey, sometimes pettiness can be a tool.

So if you want to be the one to signal “breakup strength” to your former lover, perhaps keeping them around would be…beneficial.

6. It Signals That You’re Upset

Dating a jerk is a right of passage. Nearly everyone does it at least once.

The problem is that clotpoles never think they’re the problem. It’s always someone else’s fault, and they genuinely believe they’re the “good guy or gal.”

Wagtails may also see you blocking them as a victory for them. So if you don’t want to give them the pleasure, simply ignore, don’t block.

7. There Are Professional Considerations

You and your ex met through work, and keeping a civil relationship could benefit you greatly down the line.

Is it opportunistic? A little bit. Is it a terrible position to take? Not if you understand the importance of business networking. Besides, Maintaining amicable relationships with former friends and lovers can be very healthy.

Does Blocking Your Ex Make Them Miss You?

Is blocking someone to get over them the right move? Will it make them miss you?

The rule of thumb is this: if you want to get back together, ignore them. If you’re truly ready to move on, block them.

But how will they feel if you choose the latter?

And here’s the bottom line: If you’re meant to be, they’ll miss you, and there’s a better chance you’ll reunite.

We’ve outlined the pros and cons; now, the choice is yours. Good luck!