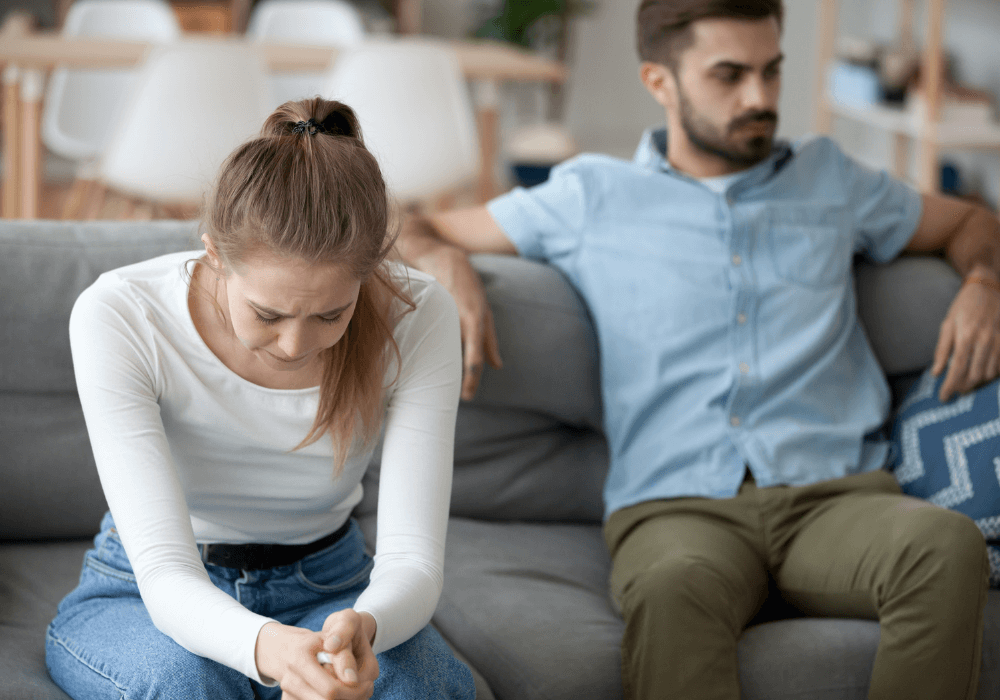 If you’re still healing from psychological abuse — or you’ve yet to begin the healing process — an emotional abuse quote from an expert or thought leader on relationships can trigger a profound realization.

It can inspire you to see something you hadn’t seen before and stop making excuses for the abuse you’ve suffered.

It can also help you stop blaming yourself.

Take note of the ones that feel most meaningful for you.

What Is the Cycle of Emotional Abuse?

When people talk about the cycle of emotional abuse, they’re usually referring to the following four stages:

When the abused confronts the abuser after an incident of abuse, the abuser typically resorts to one of two options:

In the first case, the calm after the reconciliation doesn’t last long. Once the abuser is confident of your renewed trust and emotional investment, the tension builds as they start again with the abusive behavior.

The mental abuse quotes that follow put this unhealthy cycle in perspective and remind you that breaking free of this dynamic is possible.

Sidebar: Are you in a relationship that is controlling and manipulative? If you want to break free then check out my Emotional Abuse Breakthrough course.

Read the following quotes on emotional abuse and write down those that speak to you powerfully. You can use these quotes in several ways:

Even if you simply read the quotes and do nothing with them, allow the words to sink in. Look for the truth in them as they relate to what you are experiencing. The truth has a way of setting you free.

1. “Poisonous relationships can alter our perception. You can spend many years thinking you’re worthless… but you’re not worthless; you’re unappreciated. — Steve Maraboli

3. “Most people inevitably get treated the way they permit themselves to be treated. If you allow someone to treat you like you’re worthless, then they will. Respect yourself enough not to put up with being mistreated.” — Unknown

5. “Victims of emotional abuse can experience more severe psychological reactions. A victim may feel their emotions are affected to such an extent that he or she no longer recognizes their own true feelings related to issues or situations the abuser is trying to control. As a result, the victim’s self-concept, confidence, and independence are systematically broken down.” — Barrie Davenport

7. “When someone shows you who they are, believe them the first time.” — Maya Angelou

9. “The abused partner tries so hard to prove his or her love and loyalty in the hopes that the abuser will finally wake up and connect in a healthy, loving, and mature way. Sadly, unless the abuser is highly motivated to change, this doesn’t happen without intervention.” — Barrie Davenport

10. “The scars from mental cruelty can be as deep and long-lasting as wounds from punches or slaps but are often not as obvious. In fact, even among women who have experienced violence from a partner, half or more report that the man’s emotional abuse is what is causing them the greatest harm.” ― Lundy Bancroft

11. “Some scars don’t hurt. Some scars are numb. Some scars rid you of the capacity to feel anything ever again.” ― Joyce Rachelle

12. “The only people that can’t handle the truth are those that suffer so much anxiety that they will live in denial, in order to prevent their illusion from being destroyed and feeling more anxiety.” ― Shannon L. Alder

7 Stages Of Healing From Emotional Abuse

11 Damaging After Effects Of Emotional Abuse

15. “Abuse grows from attitudes and values, not feelings. The roots are ownership, the trunk is entitlement, and the branches are control.” — Lundy Bancroft

16. “Staying in an unhealthy relationship that robs you of peace of mind, is not being loyal. It is choosing to hurt yourself mentally, emotionally and sometimes, physically.” — Kemi Sogunie

18. “To deny someone’s feelings or experiences it to literally deny their reality.” — Danu Morrigan

19. “No one deserves to be treated like trash, especially not by the person you love.” — Unknown

23. “When a toxic person can no longer control you, they will try to control how others see you. The misinformation will seem unfair but rise above it, trusting that others will eventually see the truth, just as you did.” — Jill Blakeway

25. “There is a fine balance between honoring the past and losing yourself in it. For example, you can acknowledge and learn from mistakes you made, and then move on and refocus on the now. It is called forgiving yourself.” — Eckhart Tolle

27. “With emotional abuse, the insults, insinuations, criticism, and accusations slowly eat away at the victim’s self-esteem until he or she is incapable of judging a situation realistically. He or she may begin to believe that there is something wrong with them or even fear they are losing their mind. They have become so beaten down emotionally that they blame themselves for the abuse.” — Beverly Engle

28. “People say you need to be strong, smart, and lucky to survive hard times, war, a natural disaster, or physical torture. But I say emotional abuse—anxiety, fear, guilt, and degradation—is far worse and much harder to survive.” — Lisa See

29. “Emotional abuse is characterized by intent, a power disparity, escalation of behavior, duration, and repetition. It is based on a need for power and control. The tactics may differ slightly from abuser to abuser, but the results are always the same. Emotional abuse destroys the hope of a real relationship.” — Barrie Davenport

Use these emotional abuse quotes to bring hope and healing.

Now that you’ve looked through these deep emotional abuse quotes, which ones stood out for you? Which ones will you keep handy to help you with your own healing?

Whatever the cycle of abuse looked like for you, and no matter how many iterations you suffered before breaking free, you are not the one to blame. No one outside your relationship (and outside your heart) can know exactly how it was for you.

Let go of “I should haves” — which are based on arbitrary standards or unhelpful, surface-level comparisons — and give yourself as much time as you need.