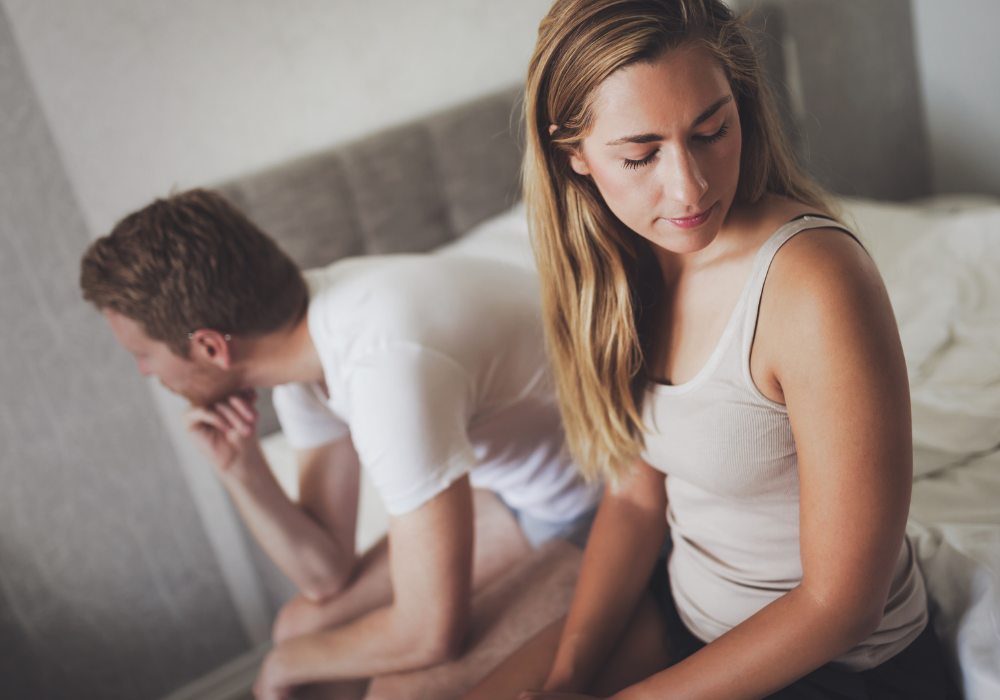 Most cheaters do not intend to cheat.

Instead, infidelity is linked with bad decisions, improper situations, and inadequate communication with a partner.

Surprisingly, cheating is so common that it is sometimes hard to separate infidelity and serial adultery.

Recent statistics from the Journal of Marital and Family Therapy confirm that over 57% of men and 54% of women admit to cheating.

And 36% of men and women admit to having an affair with a co-worker.

These numbers are strongly believed to be widely underreported.

But why do so many men and women choose to cheat?

Some people cheat very rarely, and others cheat continuously.

These would be classified as serial cheaters.

What Is a Serial Cheater?

With so many people admitting to having affairs, what is the proper definition of serial cheating?

Simply put, serial cheating is a pattern of repeated infidelity over time.

Often combined with addiction or other psychological concerns, the critical factor for a habitual cheater is a pattern of cheating — instead of a one-time thing.

Cheating can be an addictive behavior.

For sex addicts, cheating is part of a larger pattern of using sex as a drug and includes additional forms of sexual behavior such as pornography or phone sex.

However, those who cheat repeatedly but do not meet the criteria for sex addiction are considered serial cheaters.

But how do serial cheaters think? They are rarely obsessed with sex and are certainly not riddled with self-doubt.

And they are not acting against their value system because they genuinely feel that their actions are justified.

Why Do People Become Chronic Cheaters?

Cheating is a violation of trust. But all affairs aren’t created equal. Some infidelities are brief, while others may last years. And claiming that cheating is just about sex is an oversimplification.

Serial cheaters may or may not engage in a sexual relationship. Instead, their cheating is part of a larger pattern of behavior that exhibits impulsive, self-indulgent, irresponsible, or amoral tendencies.

Sex in these relationships is not used as a drug but instead is part of a method of manipulation and opportunistic self-gratification.

In a recent study of chronic cheaters, many said they transgressed due to anger, lack of love, low commitment, esteem, situation, and neglect. And while sex was cited, it wasn’t the overarching reason for infidelity.

So then, what’s motivating people to be unfaithful?

An aggrieved partner sees anger-motivated infidelity as a way to punish their partner and rationalize that the cheating, either out of revenge or because they are frustrated within a relationship, will cause pain and garner attention.

Often viewed as an indulgent, “I’ll show you” act, anger at a partner who isn’t around much or doesn’t have much to give, physically or emotionally, can result in infidelity.

A cheater perceives their unmet or denied sexual as justification for an extra-marital affair or casual sex. Maybe the sex in the established relationship lacks the frequency, style, or specific sexual behaviors required for satisfaction.

Unchecked sexual desire on its own may be a sign of more comprehensive addictive behavior such as sexual addiction or other mental health issues such as bipolar disorders.

The most commonly cited cause of infidelity is feelings of physical and emotional neglect. These feelings often lead to a search for appreciation outside of the relationship.

The adulterer will often describe having felt unappreciated or neglected.

Not every relationship is meant to have a storybook ending. Some relationships are broken or began for the wrong reasons.

Over 75% of cheaters list a lack of love for their stable partner, or a greater love for an extradyadic partner, as the reason they cheated.

Not every act of infidelity is pre-meditated and driven by a broken relationship. Recent statistics showed that 70 percent of respondents noted that situational factors such as drinking motivated cheating.

17 Serial Cheaters’ Personality Traits to Watch Out For

Studies have shown that cheating isn’t simply about sex. In particular, there appear to be two primary motivators for affairs: opportunity and a broken relationship.

Whatever the initiating factor, there are distinct personality and behavioral traits that signal that there is a serial cheater in marriage.

Erroneously thought to mean selfish or cruel, the psychological traits of narcissism are profoundly rooted and marked by arrogance and conceit.

A narcissist believes they are better. And being more attractive, intelligent, or successful entitles them to cheat.

Narcissism, however, exists on a continuum. In addition to the grandiose style, there are competing, underlying traits fueling the acceptance of amoral behavior and rationalization of infidelities, such as lack of confidence, worry, guilt, and anxiety.

A definite sense of accomplishment and enjoyment is attached to simply getting away with something. Circumventing rules that limit others gives cheaters an increased sense of control, making them feel better about themselves.

This is an example of a serial cheater’s psychology. Cheating also involves beating the system – a way to add excitement and spice to life.

Sexual infidelity combines the rush of deceit with the biological high of a sexual encounter. Sex creates a dopaminergic response – a natural high.

The sociopath personality trait cheats for different reasons. Sociopaths disregard social mores, the rights and feelings of others, and a failure to feel remorse or guilt.

This lack of empathy makes them highly likely to become serial cheaters.

True sociopaths seek out relationships that are more likely to be distant and less emotionally demanding, such as an extra-marital relationship. Detached, they avoid intimate or committed relationships, finding it challenging to trust.

Some cheaters feel intimidated by their partner and seek a sexual or intimate connection to feel more powerful and less insecure.

These individuals may need control or success that they are not receiving at home or in their careers.

Sometimes cheating is about opportunity – taking advantage of a situation for pure pleasure regardless of social opinion or consequences. This serial cheater psychology exhibits a pervasive pattern of immaturity rather than sexual addition.

29 Signs of a Cheating Woman

6. Speaking About The Affair Partner

When someone has entered an affair, they may be uppermost in a partner’s thoughts. And even without noticing, we speak about them.

Constantly talking about someone can be as simple as getting a new boss or colleague. It can also be a sign of a more complex situation.

Lying to someone, especially a significant other, is a fundamental violation of trust. And the most painful aspect of infidelity, habitual or opportunistic, is often the lie that hides the act from the partner.

The old nursery rhyme, “liar, liar, pants on fire,” illustrates lying as a truly amoral act. As children, truth and lies are absolutes. As adults, the grey area expands. But through body language, if not words, most know when something is a lie.

8. Lack of Empathy or Remorse

Part of the rationalization of serial cheating is the ability to compartmentalize. The statement, ” it meant nothing to me – it was just sex,” is a blatant attempt to ignore the gravity of this transgression.

Additionally, perceived or otherwise, a lack of remorse doesn’t need to be full-blown psychopathy. It can merely be a disassociative way of ignoring the elephant in the room.

For those who stray, it’s not about deep love or caring connection. It’s often about retaining dominance and control.

If an individual believes they have lost control of a relationship, they may seek out extra-marital affairs with persons less attractive or less established to regain their self-worth.

Serial cheaters often seek excitement – finding it hard to be with one partner. And they are driven by the need for sex and chemistry, looking for that ever-elusive “spark.”

Additionally, emotional unavailability can result in extra-marital affairs. Among one study of 100,000 subjects, 71% of unfaithful men cited boredom as the primary reason for their infidelities.

Being gracious or even charming in a social setting is expected both in personal and business environments. However, there is a distinct difference between charm, charisma, and flirting.

Serial cheaters like to flirt, even when with their partners. They experience excitement which can develop into a situation of opportunity.

One distinct personality trait of serial cheaters is not taking responsibility for their actions. Regardless if it is that they are late or forgot the milk from the grocery store, nothing is ever their fault.

For some men taking accountability, just like saying they are sorry, means giving up their authority in the relationship. Rather than give up control, the partner chooses to find a situation or person they can control completely.

Most people who qualify as sexually addicted have certain core negative beliefs. They feel unworthy and genuinely unloved, turning to infidelity to resolve the addiction and confirm their self-worth.

As a result, sex addicts tend to avoid intimacy compartmentalizing their sexual, romantic, and intimate life.

A psychopath tends to disregard the moral code and the rights of others. With an overwhelming focus on their needs, the true psychopath has a solid propensity for serial cheating.

Psychopathy is an extension of sociopathy, and those with this mental disorder are known to have a high number of sex partners over their lifetime.

Sex, love, and intimacy are all distinct. And psychopaths are more willing to engage in a lifestyle that supports infidelity, such as poor behavior or impulse control and prolonged periods of lying.

It is often viewed as an unmitigated achievement or a means to an end. Those with Machiavellianistic tendencies often exhibit sociopathic traits reinforcing the ideation that habitual cheating is an entitled act.

Doubt and accusation stem from insecurity. Cheaters tend to see themselves in the actions of others.

Unprovoked accusations are a distinct trait of a cheater or someone with a guilty conscience. This outburst is not about love but fear of being left alone or possessiveness.

To serial cheaters, the adulterous act can temporarily boost their ego and self-esteem through instant gratification. Over half of all cheaters cited enhancing their self-esteem as a motivating factor.

Why Do Serial Cheaters Want to Stay Married?

Many men and women have a paramour unbeknownst to their partner. But instead of addressing the apparent delinquencies in the marriage, they choose to stay married.

Motivations for sexual infidelity are complex. However, regardless of reason or rationalization, serial cheating is not a victimless act.

Cheating is a factor in domestic violence and a strong predictor of mental health issues such as depression or anxiety.

While different studies report conflicting statistics, the lifetime incidence of infidelity is equal for men and women at 25 percent of all marriages.