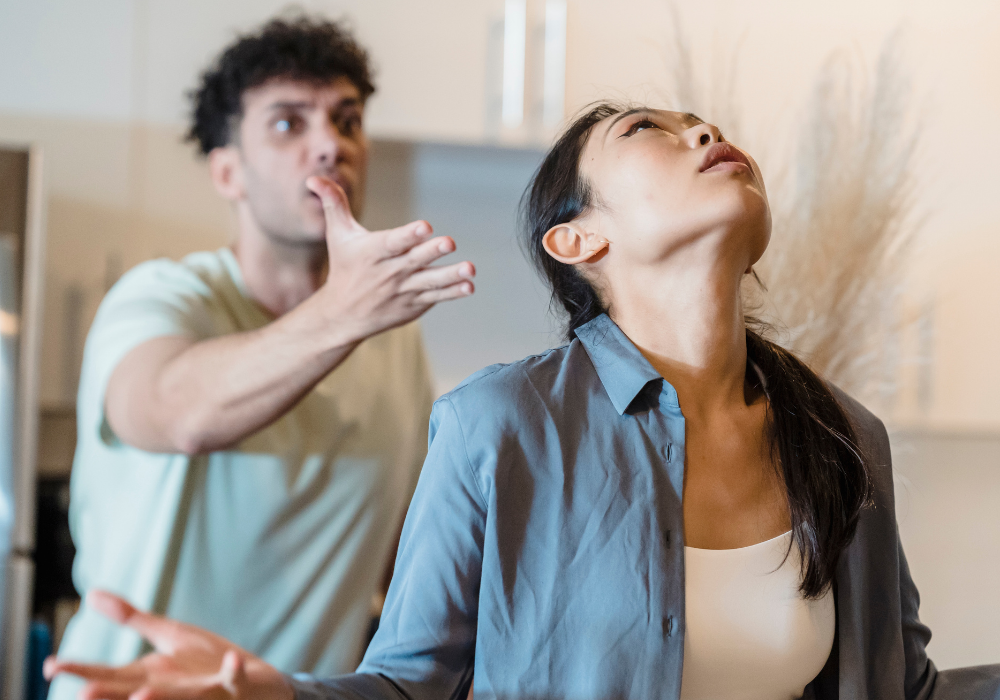 You just broke up with a narcissist.

Or maybe you’re getting ready for the big break.

Whichever the case, you’ve experienced the darkness of dating someone with narcissistic personality disorder (NPD), and now you’re ready to bolt.

Today, we’re unpacking how narcissists treat their exes to help you prepare for what’s coming next.

Psychological researchers have identified several types of narcissists, but they all have similar traits.

Our answers to these commonly asked questions may not precisely fit the NPD personality in your life, but they provide a general framework of what to expect when parting ways.

Why do narcissists talk so much about their ex?

Narcissists live with an unquenchable thirst for attention and affection and use underhanded tactics to achieve their goals.

Talking trash about ex-partners to gain pity and sympathy is common.

Plus, they use cautionary tales about their “horrible” exes to groom new partners. Narcissists will bad-mouth former lovers to illustrate how not to act.

This tactic works well on people pleasers and folks with low self-esteem.

Do narcissists love and miss their ex?

Heck no! As a general rule, narcissists don’t miss or love their exes — but they’ll work hard to convince you that they do.

Ultimately, people with NPD are incapable of genuinely missing anybody. They don’t know how. Their brains don’t work that way. What they do miss is lording control over you.

Do narcissists ever go back to their ex?

A lot of narcissists snake their way back to ex-lovers.

Why? Because they appreciate the familiarity and tether themselves to emotional playthings.

To rid yourself of a pathologically self-centered individual, you must cut off their narcissistic supply by severing all contact.

Why does the narcissist want to be friends with an ex?

Why does the narcissist want to be friends with an ex? Keeping the door open for sexual intimacy is a top priority for starters.

Like a stalking cat, they’ll wait till you’re vulnerable and then pounce.

Secondly, narcissists like to maintain control over their former partners. They get off on gaslighting and triangulation.

Thirdly, pursuing the friendship route is easier on their egos than total rejection.

People with NPD aren’t ideal exes — they’re more akin to hungry, rabid monsters. Instead of saying sayonara and parting ways, they dig their nails in, beat their chests, and whip up a cauldron of lies.

In many ways, their behavior is an emotional continuation of the relationship. Wielding control, protecting their fragile egos, and eliciting sympathy from unsuspecting parties still top their agendas.

So what can you expect? Let’s dive in.

If you break it off with a narcissist, prepare for a truckload of emotional manipulation to land on your doorstep. Your NPD ex will do everything in their power to slice open insecurities and exploit weaknesses. Often, they’ll broach triggering topics to elicit a rise out of you. And yes, they’ll do it both publicly and privately.

Destruction is their goal, and they operate like sledgehammers. Even if you cut them off completely, it may take a couple of months for them to move on.

In a narcissist’s world, they’re the only person that matters, and they don’t give a nanosecond of thought to anyone else’s wishes. Your request to cease all contact will go in one ear and immediately fly out the other.

They will continue texting, emailing, calling, and bombarding your social media pages. Don’t break down and respond. That’s what they want. Instead, get “block happy” — and tell your friends and family to do the same! This is one instance where ghosting someone is smart.

What are you going to do without me? You’ll never find someone as good as me. You need me to protect you!

These are common examples of NPD breakup talk. It serves two purposes:

Narcissists chuck around belittling statements because they’re cripplingly insecure underneath it all. That may sound counterintuitive. After all, folks with NPD are very boastful. But pain birthed the braggadocio.

Summoning compassion for narcissists is hard; it’s helpful to remember that they are the way they are because someone treated them terribly at a young age.

We’re not suggesting you put up with it, but centering that fact may keep you from internalizing their barbs and behavior.

Why do a lot of people stay in relationships with narcissists? Reasons abound, not the least of which is mind-blowing sex. Theories exist as to why this is, but it’s all speculation.

Regardless of the whys, they frequently use their sexual prowess as a manipulation tool after a breakup. The goal is to lure you back into their web.

Please do your best to stand tall against their advances!. Don’t reopen the door to their destructive games!

“Look what you made me do” is a common mantra among abusers and narcissists. This cowardly cry calms their pangs of culpability and restores a sense of inner balance — because guilt is like kryptonite to the NPD brain.

Their maniacal aversion to shame and embarrassment means they’ll blame you for the separation — no matter the circumstances. You may have catered to their every whim and prioritized their feelings. Heck, they may have initiated the breakup!

And yet, you’ll be the scapegoat. Blame for the relationship’s end will fall squarely on your shoulders.

Oh, and guess what? Most narcissists will blast their vitriol around town — online and off. Committed ones may even worm-tongue their way into your family members’ ears.

All you can do is quack it off. Your friends and family won’t believe them. And folks who give credence to malicious gossip likely aren’t worth your time.

Why do narcissists talk about their exes? Because they love tearing other people to shreds. It boosts their confidence and staves off feelings of inadequacy. So expect them to go for the jugular when you split.

People with NPD will use social media to smear your name from TikTok to Facebook. Prepare for it. Talk with your friends and family and get them ready, too.

Thankfully, this lashing-out phase typically doesn’t last forever. Before long, they either switch tactics or become preoccupied with someone else.

Blackmailing is another well-used arrow in the narcissist’s quiver. Did you ever share intimate pics with them? Did the two of you, shall we say, experiment in your sex lives and video while together?

First off, don’t let an ounce of shame invade. It’s perfectly acceptable for consenting adults to sculpt their sex lives in any way they see fit. However, if you want to avoid the headache, try gathering all the materials before pulling the relationship’s plug.

Otherwise, there’s a 99% chance the narcissist will hold this sword over your head. The good news is that most never follow through with their threats.

And hey, revenge p-rn laws are on your side if they do.

When they’re done throwing tantrums and tossing around threats, narcissists often do an about-face and start down the path of false promises.

They’ll shower you with vows and tell you what you want to hear. They’re going to therapy! They’re a changed person! They now realize they’re partly to blame!

Don’t believe the hype. It’s just another control tactic. Their real goal is to ensnare you in a fly trap so the manipulation games can recommence.

Yes, people with NPD can be mean, vindictive, childish, and oppressively arrogant — but they can also charm the pants off people. Isn’t that part of what attracted you in the first place?

Keeping you as a “friend” or similar propositions are last-ditch efforts. Do yourself a favor and don’t fall for them. It’s just a ticket back to Miseryville.

Narcissists protect themselves at all costs at the expense of others, and 9.8 times out of 10, they’re incapable of changing. Doctors have yet to unlock an effective NPD treatment, so do your best to avoid the I-can-change-them trap. The breakup’s wake may be rough, but you’ll soon land in calmer waters.

If you need support getting through the storm, look for an NPD survival group online. They can be a huge help.