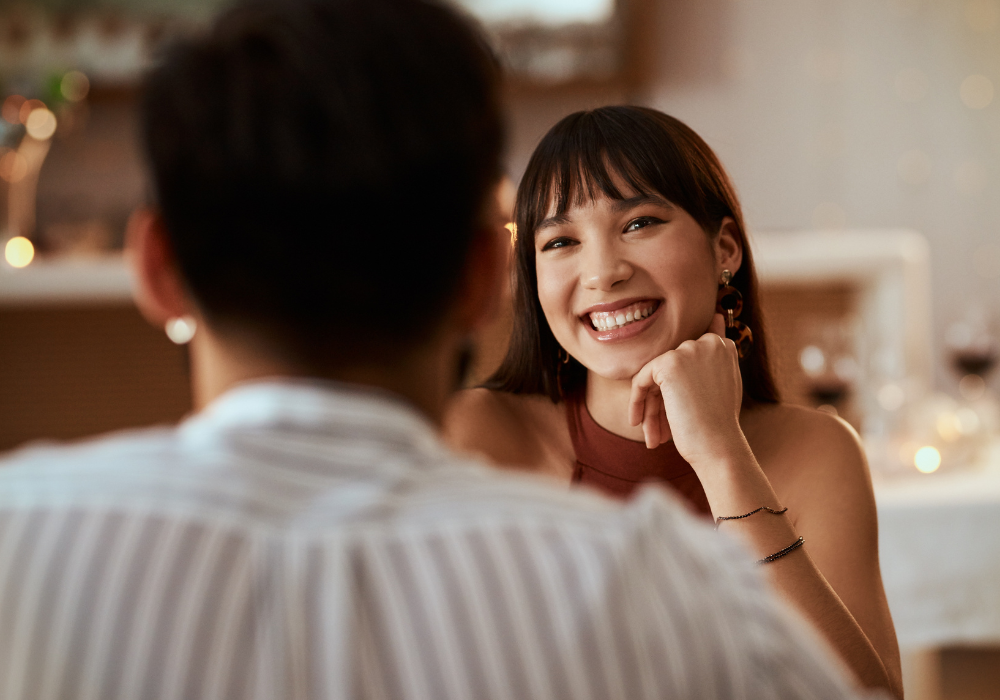 Especially when you first meet, there are a lot of questions in the air.

One of the questions you might have is if the guy you are interested in is still a virgin.

Virginity should not be a deal-breaker.

You can have a powerful, intimate connection no matter how many or few physical relationships this man has had in the past.

However, you may want to look for signs a guy is still a virgin so you know the best way to proceed with the sexual nature of your relationship.

On the surface, male virgin signs aren’t any more apparent than they are for anyone else.

None of these signs are certain, but they indicate that he may be inexperienced when it comes to sex.

1. He is Nervous About Physical Affection

Nervousness usually happens when you don’t have a lot of experience. Small touches like holding hands, pecks on the cheek, or even accidentally brushing against one another might cause him to take a step back.

This type of nervousness could signal that he is a virgin or that he’s not interested in a romantic relationship.

2. He is Evasive About Past Relationships

You will inevitably begin talking about past relationships when dating someone new. When you ask questions about previous partners, does he tell you he’d rather not talk about it?

Does he steer the conversation back to you? It could be a sign that he doesn’t have a history of meaningful relationships.

3. He is Awkward When he Touches You

He wants to give you a hug or a kiss, but he doesn’t know how to initiate it. This is a clear sign of someone who has very little experience.

You might confuse this with him being respectful, but respect and awkwardness are two very different attributes.

4. He Acts Uncomfortable With Intimate Scenes in Movies/Television

If you are watching a movie together and things get steamy on the screen, he might shudder, blush, excuse himself, or nervously fidget.

This might be a sign that he doesn’t know how to respond to situations of an intimate nature.

Blushing is a major sign of embarrassment and discomfort. If you find that he blushes whenever you touch or talk about intimacy, you can be certain he is either a virgin or has very little experience.

6. He Hints at the Importance of Virginity

He might have moral or religious objections to sex outside of marriage. Without directly stating he is a virgin, he could hint at why he thinks it is important to save oneself for marriage.

7. Your Dates Only Take Place in Public

To avoid the likelihood of a sexual encounter, he might insist all dates take place in a public place. He will recommend that you meet there and say your goodbyes before going your own way.

This behavior could signify that he is a virgin and is nervous about physical intimacy.

Usually, if a guy is a bad kisser, it means he doesn’t have much experience.

It can also mean that he has had short relationships but not deep ones that would have allowed him to develop a good kissing technique. Bad kissers need time to turn into good kissers.

A lack of confidence could stem from many, many places. One of those places might be inexperience with physical intimacy. He might inaccurately feel he is less of a person if he is still a virgin.

10. He Acts Shy When Faced With Nudity

He may feel self-conscious about his body for many reasons. Being a virgin means he probably has less experience being nude in front of others.

Likewise, he has less experience seeing other people nude in person. He might act shy when he sees nudity in person but also in movies or even at museums.

Has Your Sex Drive Tanked, And Your Husband Is Frustrated?

Here Are The 15 Biggest Turn-Offs For Women

11. He Gets Overly Excited at the Mention of Sex

A virgin guy may get nervous at the mention of sex, but he might also have the exact opposite reaction. He could get very excited at the prospect of losing his virginity.

While many men get excited at the idea of sex, one who has not experienced it yet might take his excitement to an extreme level.

12. He Makes Jokes About Virginity

There is usually a kernel of truth in the jokes we make. If you find him making repeated jokes about being a virgin or being inexperienced with sex, you can assume there is some truth to it.

His jokes might be a way of sharing something he’s uncomfortable with. If he makes these jokes, remind him there is nothing funny about being a virgin as it is a valid choice to wait.

13. He Exaggerates His Sexual Exploits

Far too many men are guilty of exaggerating their experience when it comes to sexual encounters. If he talks on end about his various sexual escapades, there is a chance he is covering the fact that he hasn’t had a full sexual experience yet.

It might not come up in conversation as the female anatomy is rarely something that you discuss during dinner and a movie.

However, if you find that he is knowledgeable about female anatomy, he probably doesn’t have experience with it. It will become apparent if things progress and he’s not sure exactly what to do.

Sadly, a lot of men don’t understand birth control. Though a single man can father many more children than a single woman can bear, it is almost always up to the woman to manage birth control.

A man with a great deal of sexual experience may not understand the difference between a birth control pill and an IUD.

A man who has not had any experience might have this problem but also stumble over how to use a condom or precisely what different types of birth control do.

16. His Foreplay is Underwhelming

You have gotten past the first date, maybe the first several dates, and it’s time to move to the physical level of a relationship.

His lack of experience might be evident if his foreplay game is not great.

If he goes directly for the main attraction while skipping the kissing, cuddling, and other fun activities, he has little or no experience with sex.

17. He Stops Fooling Around Before Things Go Too Far

A man who wishes to remain a virgin will stop fooling around when he feels things are progressing too fast. He will pull away, tell you he wants to wait, or suggest you do something else for a while.

If you have reached this level of intimacy, you should feel comfortable enough with him to ask if he is a virgin.

18. He is Afraid of Hurting You

A man who hasn’t had sex before doesn’t know what to expect. He may worry that the act will be painful for you. If he shares these kinds of worries, talk it out.

19. He Can’t Communicate What He Wants

People only know what their sexual desires are once they have had sex several times. Not being able to communicate his preferences can indicate that he doesn’t know what they are.

20. He’s Not Sure About His Sexuality

It’s not true for everyone, but some people need to be intimate with someone before being convinced of their sexuality.

His confusion might stem from not having had sex in the past.

21. His Friends Tease Him About Being a Virgin

Joking about a friend’s virginity usually stems from a place of truth. While there is nothing wrong with being a virgin, his friends might still make fun of him for it.

22. He Makes Disparaging Comments About His Sexual Prowess

He might hint that he doesn’t have much experience by making self-deprecating comments. These could serve as a way to prepare you for what is to come.

23. He Has Unrealistic Expectations

A man who has never had sex before might think that sexual encounters are similar to what he has seen in pornography. His surprise at the differences between fantasy and reality clearly indicates that he is a virgin.

24. He Fumbles During Your Sexual Encounter

Like many other signs, a lack of experience shows. If you are at the point where sex is on the horizon, you might feel him fumbling as he’s unsure what to do.

Once you have sex, you might question if he was a virgin. A clear sign of this is premature ejaculation. Overexcitement and lack of experience can lead to a rapid first time.

If you wonder how to know if a guy is a virgin, look for some of these signs.

However, the best option is to ask about his romantic history. You can expect an honest response if you convey that you are understanding and non-judgmental.