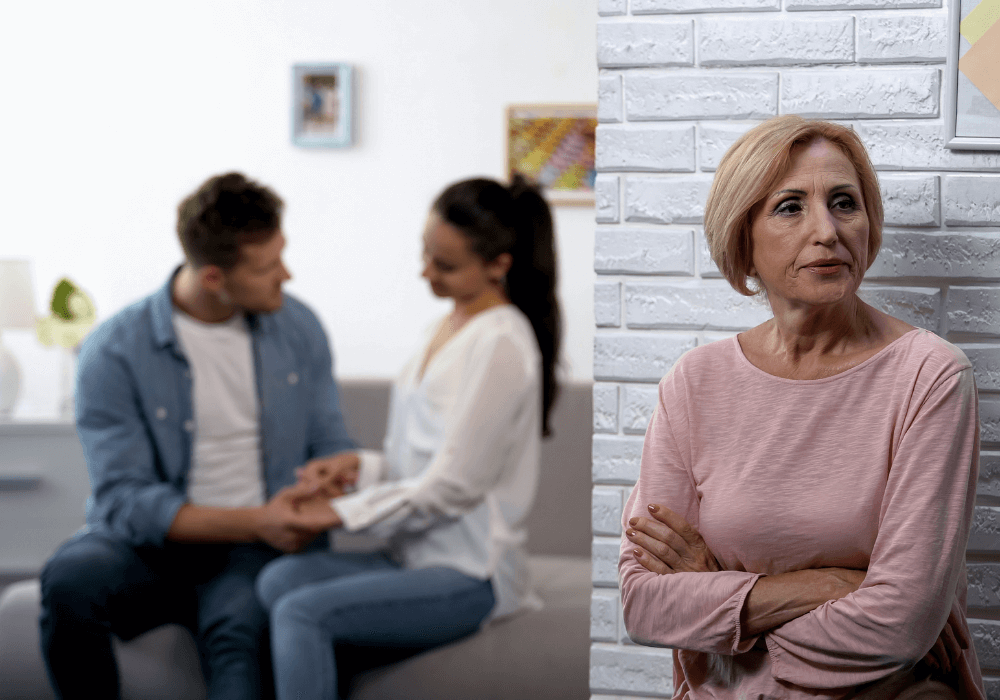 If you have a toxic mother-in-law, you’ve probably noticed some telltale signs.

When you’re around her, you feel worse about yourself.

She refuses to see things from your perspective.

You’re always in the wrong — and she’s always the victim.

If you find yourself thinking, “My mother-in-law manipulates my husband and kids,” it’s not really about you.

She has to get her way, whatever it takes.

So, what are the signs she’s emotionally manipulative?

13 Signs of An Emotionally Manipulative Mother-In-Law

If you’re looking for signs your mother-in-law is manipulative, check out the list below. Make a note of the red flags that stand out for you.

She doesn’t like being told she’s wrong, and she’ll never accept it. She seems convinced she knows everything.

This attitude makes it impossible to have a heart-to-heart talk with her. She doesn’t listen with the goal of understanding. She listens to argue and invalidate.

It makes her a very unpleasant person to be around. She refuses to consider any viewpoint but her own. Anyone who disagrees with her isn’t just an idiot but also a bad person.

2. She Talks Behind Your Back.

Maybe she’s nice to your face (occasionally), but you know about the things she’s telling others about you. Perhaps you’ve heard it from your spouse, siblings-in-law, or even your kids (if you have any). She’s constantly trying to turn others against you.

And if your word doesn’t have as much weight, maybe she’s succeeded. You’re feeling more alone than ever. And, if she knows, she’ll use that, too.

3. She’s Open About Disliking You.

She doesn’t try to hide her opinion about you. She’ll roll her eyes when you talk or not-so-subtly say something to someone else when you enter the room. She doesn’t mind making her disapproval clear.

She wants others to see you as she does because that puts you in an even weaker position. And it makes it harder for you to reclaim the ground you’ve lost.

Controlling mother-in-law tactics include behaviors like hijacking family plans, arguing over how you raise your kids, or getting involved in personal conflicts.

She hates to be excluded from anything to do with your spouse or your kids, and she feels she has a right to cast the deciding vote.

She throws a fit when you make decisions without her. She must be obeyed — or everyone suffers.

Nothing goes unnoticed. She never fails to point out all the ways you fall short, and she won’t let you forget them.

Your egg salad is too spicy? She’ll never let you live it down. You forgot to do the dishes one time? She thinks you’re irresponsible and lazy.

This, of course, extends to physical flaws. She jumps at the chance to criticize your hair, your body, or any physical imperfections she notices.

6. She Doesn’t Respect Your Boundaries.

Privacy? What privacy? She obsessively follows everything relating to your personal life. She’ll insist you cancel the babysitter so that she can “spend more time with her grandkids.”

She’ll show up at your house unannounced and expect you to change everything for her.

She’ll try to have uncomfortable and personal conversations with you, and she’ll act hurt or offended if you tell her you’d rather not discuss those things with her.

7. She is Passive Aggressive

This behavior is a key trait of someone who’s emotionally manipulative. She may not always directly tell you what she thinks, but she’ll imply it heavily. And she’ll get angry if you don’t pick up on it and do or say what she wants.

This attitude, combined with her constantly insulting you behind your back, increases your feelings of insecurity. You don’t know what she’ll do next to undermine or punish you.

No matter what happens, it’s always your fault. She won’t take responsibility for anything. She’ll try to turn your spouse against you by playing the victim. She’ll complain about minor inconveniences, making mountains out of molehills.

Call her out for her role in any conflict, and, if there’s an audience, she’s likely to tear up and ask something like, “Why do you hate me?” to get sympathy from others.

11 Damaging After Effects Of Emotional Abuse

9. She Manipulates Your Children.

She’s not ashamed to bad-mouth you in front of your kids, either. She’ll reframe situations to make you sound like the bad guy.

She’ll point out your flaws with your kids in the room. If you’ve done anything remotely wrong, the kids have heard about it.

This bad-mouthing causes a lot of confusion for them since they don’t know whom to trust. And she lets them do things (behind your back) they know you wouldn’t like.

10. She Cares a Lot About Appearances

She cares about what others think. She doesn’t like to have you at her house when she has company over — particularly those who represent the persona she’s put so much energy into building.

If you don’t fit, she sees no benefit to having you around.

She thinks she’s the main character in everyone’s lives. She’ll interrupt, talk over you, and change the subject when you’re trying to make a point. If it isn’t about her, she’s not interested.

She’s made it her personal mission to win at everything, even things that shouldn’t be competitive. She struggles to listen to the thoughts and feelings of anyone else.

12. She Makes You Feel Worse About Yourself

Since she’s been in your life, you’ve become more insecure. You’re feeling self-conscious about all the flaws she’s constantly pointing out. You’re becoming a people-pleaser, always trying to avoid conflict.

In reality, nothing you do will ever be good enough for her. You aren’t the problem. You don’t have to modify your behavior to make her happy.

13. She Guilt-Trips You and Your Spouse

Anything that inconveniences her is unthinkable. She makes minor things into huge issues. Need to reschedule Sunday brunch? You must not care about her at all. Won’t let her pick up your kids from preschool? You’re trying to turn them against her!

She makes you feel guilty about everything. She uses every opportunity to villainize you. And she won’t stop until you give her what she wants or cut her out of your life.

How Do You Deal with An Emotionally Manipulative Mother-in-Law

So what do you do? Should you call her out? Talk to your spouse about it? Or should you just keep putting up with her manipulation?

There are many ways to deal with an emotionally manipulative mother-in-law.

Now that you know all the signs of an emotionally manipulative mother-in-law, which of them sounds most familiar? And what will you do differently today?