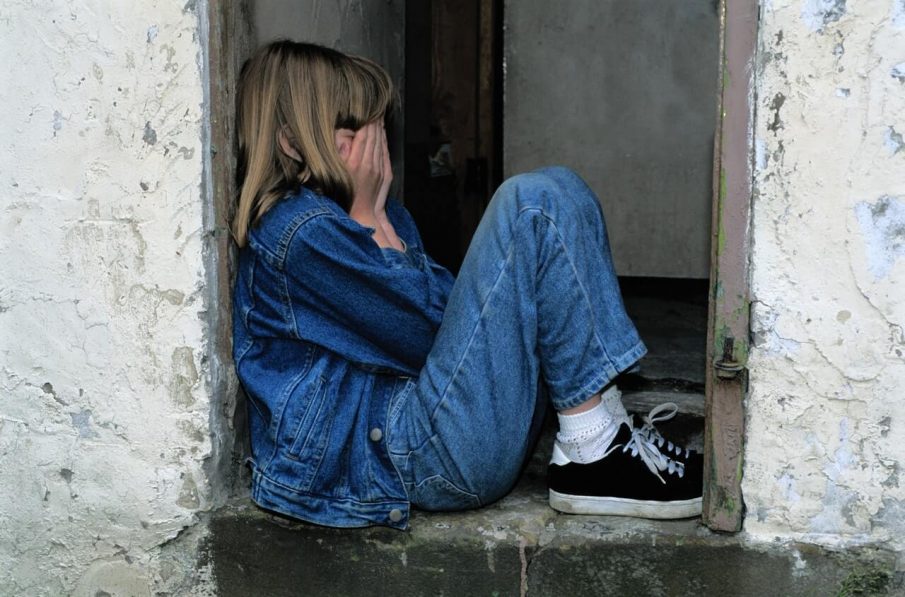 All forms of abuse are harmful to a child’s potential, but physical abuse and neglect often require intervention from local authorities.

According to most clinicians and researchers, emotional abuse is an ongoing form of abuse based on power and control.

It also tends to include one or more of the following characteristics:

Emotional abuse may even continue from childhood to adulthood.

Over time, the abuse takes its toll on your well-being and relationships.

Adults that were abused as children face higher risk factors for potentially harmful behavior such as alcohol or substance abuse.

With the right approach, you can find ways to deal with the trauma and focus on your happiness without repeating the actions of your parents.

Are Your Parents Emotionally Abusive?

We become numb to the pain. It’s also often hard to accept the fact that your parents are flawed.

Emotional abuse is about control. The control that your parents have over you may keep you from seeing the truth.

Emotional abuse accounts for 9% of all reported child abuse cases in the United States.

With close to four million child maltreatment reports filed each year, nearly 360,000 children may face psychological abuse from their parents. However, many more go unreported.

If you detect any of the following examples of emotional abuse from parents, it’s time to come to terms with the way your parents treat you and deal with the situation.

Most examples of emotional abuse include some form of verbal abuse.

However, there is a major difference between an isolated incident and a pattern of abuse.

A need for control often leads to abuse. It takes constant abuse for the parent to maintain control and keep the child down.

The parent brainwashes the child to accept abusive behavior.

Instead of a few bad memories of times when your parents lost their tempers, you may have a childhood full of terrifying memories.

Abusive parents may have unrealistic expectations for their children.

This also gives an abusive parent an excuse to criticize the child or withhold love as the child cannot meet the parent’s expectations.

Putting unnecessary pressure on children is a form of emotional abuse.

Parents may want the best for their children but pressuring children to excel or perform in specific areas leads to insecurities.

If you experience this type of abuse, you may grow up believing that love is conditional.

You need to please the other person in the relationship to receive love.

Isolation is common for all types of abusive relationships. When the victim is isolated, he or she is unlikely to seek help.

Keeping children isolated also limits their worldview. In isolation, children may not understand the severity of the abuse.

They may grow up believing that psychological abuse is a normal part of raising a child.

Along with creating an isolating environment, an emotionally abusive father or mother may frequently violate your privacy.

As emotional abuse is connected to the need for control, abusive parents often intrude on every aspect of the child’s life.

Even in romantic relationships, controlling individuals frequently snoop on their partners. This may stem from jealousy and the desire to be involved in everything you do.

Abusive parents may experience frequent mood swings. Your parent may shower you with affection for no reason and then lash out when you make a simple mistake.

When a child doesn’t know how a parent will react, the child is likely to live in a perpetually anxious state.

As an adult, the anxiety may keep you from wanting to confront your parents about their abusive behavior.

It may also carry over into your personal life, preventing you from fully investing in meaningful relationships.

Emotionally abusive parents may become enraged when their children don’t follow their commands or meet their expectations.

When you constantly feel as if you’re walking on eggshells around your parents, you may have grown up in an emotionally abusive household.

The fear of angering your parents may also keep you from speaking up.

In an emotionally abusive relationship, insults are used to lower the victim’s self-esteem.

Insults can range from small criticisms to full-blown putdowns intended to make you feel bad. You may also notice that the parent frequently insults others.

Praising someone else while putting down the child is also a common sign of emotional abuse.

For example, your parents may frequently compare your achievements to your peers, making you think that you’re not good enough for their love.

Humiliation is another tactic used by emotionally abusive parents to reduce a child’s self-esteem.

Insults become humiliating when they occur in front of an audience.

Common examples include teasing you or making fun of your accomplishments in public.

Emotionally abusive parents may frequently tease their children in front of others, causing the children to grow up with insecurities.

If you experienced this abuse, you may struggle to show pride in your accomplishments or tend to hide your feelings out of embarrassment.

Most of the examples of emotionally abusive parents are forms of emotional manipulation. They are intended to change the way that you think about yourself.

For example, an emotionally manipulative parent may insult you in private and praise you in public.

This type of manipulation forces children to grow up believing that they should allow others to control their thoughts and emotions.

This type of controlling behavior makes the child constantly pander to the needs of the parent.

39 Unhealthy Signs Of A Dysfunctional Family

Abusive parents often use emotional invalidation to continue their pattern of abuse. When you try to speak up or express your emotions, your parent responds with anger, insults, or humiliation.

Invalidation can also be used by abusive parents to justify their actions.

The parents invalidate the children’s complaints about their behavior, telling the children that they could have it much worse.

All forms of emotional invalidation may cause you to grow up believing that emotions should be repressed.

If you experienced emotional invalidation as a child, you may be less likely to discuss your emotions or seek counseling.

Parents may use guilt or shame when children attempt to establish new relationships outside the house.

This is another form of abuse designed to isolate the child.

However, some parents may try to make children feel guilty simply to get an emotional reaction.

Guilt is often a powerful emotion. Abusive parents may also use guilt to keep you from shutting off contact or moving away.

They may even make you feel guilty for things that you cannot control.

Guilt-tripping causes kids to grow up wanting to please their parents. Every choice leads you to worry whether you’ll disappoint your parents.

Some abusive parents want complete control over their children, invading their privacy and setting unrealistic expectations.

However, many children are also ignored, which is another form of emotional abuse.

As with many examples of emotionally abusive parents, ostracizing lowers your self-esteem.

For example, an emotionally abusive parent may ostracize a child who comes out as gay or use religion to shame the child.

Along with ignoring your behavior or wishes, an abusive parent may ignore your basic needs. Neglect is common in a household with abusive parents.

For whatever reason, parents may not provide children with adequate food, shelter, or clothing. They may neglect hygiene and health issues.

Neglected children are more likely to grow up with negative self-images. They may not feel that they are worthy of love and care.

Instead of neglecting their children, some parents may smother them. Smothering a child may cause boundary issues.

The parent may not respect the child’s privacy or allow the child to assert himself or herself.

Smothering may also lead to parentification. Parentification is a reversal of roles where the child acts as the nurturer.

If you felt more as if you were a parent during your childhood, you may have experienced parentification.

Threatening to punish or hurt a child is a common sign of an emotionally abusive parent. It creates an unhealthy environment, forcing the child to live in a constant state of fear.

Studies show that the threat of violence can be just as psychologically damaging as actual physical violence.

Intimidation is a form of bullying that goes hand in hand with emotionally abusive relationships.

Intimidating a child with threats of violence allows abusive parents to exert their dominance. This may also cause the child to bully others outside of the home.

Abusive parents may favor one kid over another. Showering one child with love while withholding love from another lowers the self-esteem of the neglected child.

In households with multiple children, abusive parents may also make siblings compete for approval or love.

Pitting siblings against each other isolates them. Instead of seeking empathy from a sibling, you may keep your emotions to yourself.

17. Blaming You for Everything

Blame is one of the final examples of emotionally abusive parents. They blame everything on you and tend to play the victim.

Blame gives abusive parents a way to put down the child, lower his or her self-esteem, and create more isolation from family and friends.

Children who grow up being blamed for everything while the parent plays the victim are likely to repeat the same behavior.

If you always blame others for your actions, it may be due to the blame game that your parents played.

How to Deal with Emotional Abuse From Parents

Emotional abuse often starts during childhood. While you may have lacked the ability to deal with it as a child, you can address the situation as an adult.

Here are a few suggestions for dealing with psychological abuse:

Dealing with emotional abuse from parents is often one-sided. It’s about your life, not your parents.

Staying in contact with continually abusive parents simply feeds their desire for power and control.

You can move on from emotionally abusive parents.

You cannot change your parents. However, you can change the way that you deal with an emotionally abusive father or mother.

For many, dealing with past abuse requires closure. You need to heal and become stronger to move on with your life without letting the past interfere.

If you’re still dealing with an emotionally abusive mother or father, you typically have two options. Confront your parents and explain the impact of their psychological abuse. The second option is to shut them out of your life and focus on your own happiness.

Along with these suggestions, consider working with a therapist or counselor. You can learn coping techniques for dealing with some of the issues that often arise due to childhood abuse, such as anxiety, depression, and post-traumatic stress.