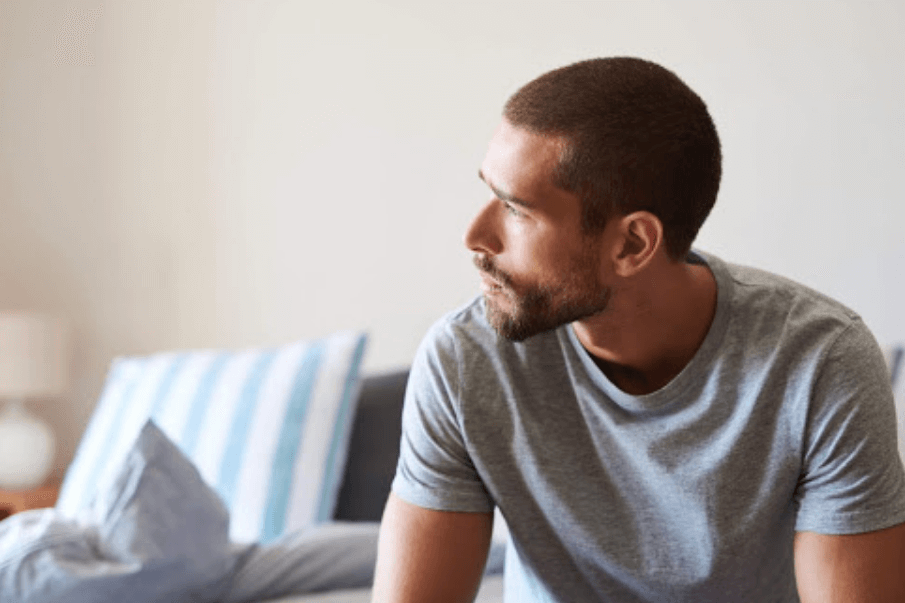 You have your suspicions, which others have subtly (or not so subtly) confirmed.

Yet you don’t want to believe your boyfriend is an emotionally stunted man.

True, he has a complicated relationship with his mother.

But you’ve always thought mother issues in males would result in the kind of person you wouldn’t dream of dating.

The more time you spend together, the harder it is to ignore the signs.

You’re dealing with an emotionally immature man. And he’s draining the life out of you.

Emotionally immature men often have issues related to their moms.

When a man has issues with his mother, it shows in various ways, depending on the man in question and the kind of relationship he had (and has) with his mother.

Which of the following have you seen in the men you’ve dated so far?

At one extreme, men with mom issues react by treating you the way they wish they’d been “brave enough” to treat women growing up because they grew up resenting their mother.

At the other extreme are men who’ve depended on their mother so much, they’re looking for someone to take her place.

But some signs of emotional immaturity hold true regardless of his place on the spectrum.

11 Signs of an Emotionally Stunted Man

What are the symptoms of mommy issues in men?

As you look through the signs listed below, you’ll see how specific symptoms point to emotional immaturity and how you can recognize them, as well as the emotions at their root.

1. He’s quick to blame others for his problems.

Whatever’s going wrong in his life must be someone else’s fault, and he doesn’t hesitate to point the finger — often enough as his own mother — for the obstacles in his life.

If only she hadn’t stopped him from doing X, or if only she’d supported him when he wanted to do Y, his life would be so much better.

He’ll harp on this whenever his job situation gets him down (which is often).

And if you’re not everything he wants to see in a girlfriend, he’ll find a million ways to let you know. The only time he seems happy is when you’re giving him something he wants.

This avoidance is related to his tendency to blame others for his problems.

He doesn’t want to take responsibility or to be held accountable for his mistakes because then he’d have to do something about them: he’d have to make amends or take corrective action.

He never learned to look at his mistakes as learning opportunities. From his perspective, why should he have to learn something from a mistake that wasn’t his fault?

3. His life goals are shallow and short-sighted.

His attention is focused mainly on surface-level wants, goals, and plans. He wants to be rich, to have nice toys, and to retire at the age of 40.

So if he’s not already there by his 39th birthday, expect a downward emotional spiral — and lots of blaming others for his lack of wealth.

And if you’re not used to standing up for yourself and refusing to submit to his whims, he’ll milk that for all it’s worth to compensate for his insecurity.

4. When you’re making plans together, they’re more about “me” than “we.”

He might give some lip service to what you want and your goals, but if he doesn’t want those things as much for himself, he’s unlikely to spend much energy toward helping you reach them.

Ultimately, his goals matter more, and if you really supported him, you’d agree.

He may not know exactly what he wants (beyond the obvious superficial stuff), but when he thinks of the future (which isn’t often), he’s thinking of his priorities — no one else’s.

5. You feel lonely when you’re with him.

If you’re used to feeling lonely, you might not notice this at first. But the more you spend time with him, the more obvious it becomes that you don’t really connect.

What you thought you had with him is what you desperately wanted to have, but it was all in your mind. So, that’s where you stayed for a while — at least until reality became louder than the dream.

Now, you’re paying closer attention to how you feel when you’re with him.

And it’s not good.

6. He’s constantly complaining about his life.

Even when things are going well, he’ll find something to complain about. He’s not rich enough, his metabolism isn’t fast enough, his muscles aren’t big enough, his boss doesn’t pay him enough, and so on.

There’s always something. And he doesn’t mind telling you about all the things he hates:

Trying to distract him sometimes works, but eventually, his mind goes right back to things he doesn’t like about his life.

How to Stop Being Bitter: 13 Steps To Overcome Bitterness

He might make generous promises to you, but he doesn’t follow through on them. And when you need him most, he’s tending to his own needs or interests, especially if he’d just as soon avoid you “when you’re like this.”

On the rare occasions when your boyfriend shows up for you, he acts as though he’s always the one having to make sacrifices to please you. The “Well, I’m here, and I hope you’re happy” vibe is impossible to ignore.

And suddenly, you realize things were better before he showed up.

8. He shuts you out when he’s stressed.

Whatever you say to help him out of his funk or to help him deal with his crisis of the moment is just static to him. He’ll brush you off, tune you out, and push you away.

You can’t help him, and he’ll probably tell you that. You can’t rewrite the past for him and give him what he really wants — what would make the present more tolerable to him.

He’ll settle for what you can give him, but it’s never enough. And you never will be.

He’ll do what he can to make sure he gets everything he wants, even if it’s at others’ expense (including yours).

If he’s clever enough to seem to compromise without actually giving up what he wants, he’ll do it and let you believe he’s acting unselfishly.

He fears that if he gives an inch, he’s likely to lose a mile. He believes he’s had to give up too much already, and no one has a right to ask him to give up any more.

10. He makes everything about him.

No matter what is going on in your life, he finds a way to make it about him. Try to talk to him about something you’re dealing with or trying to process, and he’ll launch into a story of his own (quite possibly one you’ve heard at least once before).

He’ll dominate the conversation, steering it in a direction more to his liking until you no longer remember what you wanted to talk about.

At some point, it’s usually necessary to interrupt him and invent an excuse to get away, if only to restore the energy you’ve lost.

He bears grudges against any and all who cross him in some way. Yet, he’s also quick to condemn those who have anything against him.

Any grudges against him must be petty overreactions. His anger against anyone, on the other hand, is righteous.

No one, not even you, has a right to ask him to forgive the objects of his grudges. You clearly don’t understand the gravity of the offense.

Flip sides, though, and he’s quick to dismiss your anger against someone else (especially if he’s the one you’re angry with).

Do you recognize the signs of an emotionally stunted man in your life?

Immature men leave a trail of ruin in every relationship, not because they want to but because they haven’t learned how to be more than the outward appearance of a man.

Who knows why you felt so drawn to him in the beginning? Even emotionally stunted men can be charming. And you may be working through challenges of your own when it comes to trust and what real love looks like. Don’t blame yourself.

Now is the time to listen to your intuition. What is your gut telling you to do? And what’s holding you back?