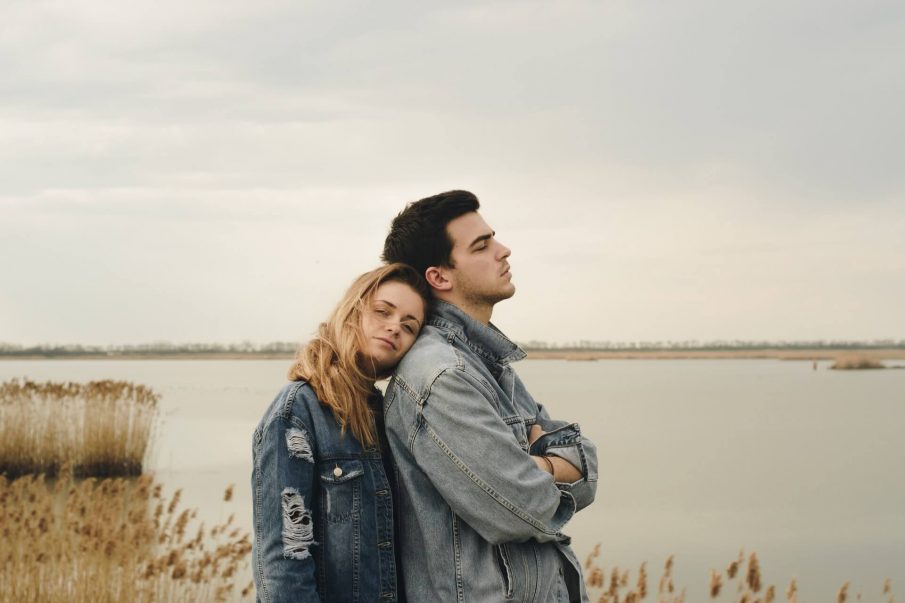 You’ve heard that relationships can be hard work, but getting one off the ground can be even harder.

It might be impossible when the person who interests you simply does not want to become your boyfriend.

Confusion, uncertainty, and hurt feelings will consume your mind when you feel like things are headed in one direction and then fall off a cliff.

This process can repeat and put you in an on-again-off-again cycle.

Such a situation leaves you grappling with questions like “Why doesn’t he want me?” and “Why does he keep coming back?“

Why Does He Keep Coming Back If He Doesn’t Love Me?

The answer to this question varies based on the person involved.

Some men simply have no idea what they want to do. Others are just using people who are attracted to them.

A man might honestly just be going through the motions of trying to have a relationship and hoping that love develops.

Some reasons that could be motivating him to interact with you in a hot-and-cold manner involve his desire to avoid hurting you. He sees that you’re interested in him and even likes you.

As a caring person, he may not know how to say something harsh like “I don’t feel attracted to you enough to become a committed couple.”

Realistically, almost no one is born knowing how to navigate the questions and emotional struggles that are part of romantic situations. As a result, people make mistakes, send mixed signals, and sow confusion because of inexperience or immaturity.

Signs He Likes You But Doesn’t Want a Relationship

You’re not the first person to think, “He doesn’t want a relationship, but he likes me.”

Some men have searched their souls and decided that they want to be single, at least for now. Just because he wants to stay single does not rule out the possibility that he likes you as a person.

He does honestly like you, but any number of reasons could be keeping him from taking the next step.

Because most people don’t tend to be clear about what they’re thinking or feeling, you may have to interpret the signals on your own. Take a moment to consider if you have noticed any of these signs:

Why Does He Keep Me Around If He Doesn’t Want a Relationship? 13 Likely Reasons

1. He Enjoys the Sex

Let’s face it. If you’ve been intimate with each other, he may be enjoying your availability for booty calls.

The friends with benefits situation could be meeting his emotional and physical needs without requiring him to make the efforts necessary to maintain a complete relationship.

This behavior is not necessarily malicious. He probably likes you in many ways but has chosen to stay officially single.

2. He Likes the Emotional Support

A man who texts or calls you frequently is likely just dipping his toes far enough into the relationship pool to get what he needs. He may like having conversations with you and like your attention.

Everyone needs someone to talk to, and you could be filling that role. You’re probably hoping that your long chats will result in setting up a date, but it never happens.

Ongoing communications might not quite reach the level of emotional support. When a man likes you but doesn’t want a relationship, he will seek out friendly interactions because you’re available.

Your willingness to respond to his texts or answer his calls may be all that’s keeping him around. Talking to you when he is bored could be helping him pass the time.

Entering into a relationship means that each person takes on the triumphs and tragedies of the other person’s life. We all experience ups and downs.

Either consciously or unconsciously, he may have made the decision to avoid complicating his life with the emotional chores that are part of being in a relationship.

Some people in this world are drama machines. Perhaps he was in a previous relationship with someone who always had something crazy going on, and he does not want to deal with that again.

5. He Does Not Want to Hurt You

Plenty of men are genuinely striving to avoid hurting other people’s feelings. He may have been interested when you first met and thought about dating, but then the feeling faded.

He may not know how to discourage your interest in a relationship politely. As a result, he avoids talking about it.

16 Signs Of Emotionally Unavailable Men That Will Break Your Heart

6. He Values Friendship But Does Not Feel Romantic

He may truly view you as a friend. Your pleasant interactions may excite you and leave you hoping for a closer relationship.

However, he is comfortable with the status quo and does not want to risk taking the relationship in a steamier direction.

The chemistry may not be there for him, but he does like seeing you and doing things with you.

7. You Pay for Things

If you want his company so much that you pay his way when you go out, then he might feel comfortable taking advantage of you.

He does not mind your company, but the fun activities and tasty takeout food that you spring for motivate him to string you along.

Essentially, he likes the material things that you provide, but he is not going to let you corner him into a relationship that he does not want.

An orbiting male who refuses to commit may want something other than a free meal. You don’t have to outright pay for things for him to extract value from knowing you.

Perhaps you can use your family’s nice vacation home whenever you want, and he likes accompanying you to that fun location. A day at the lake is better than sitting home in front of an air conditioner.

He also might see you as someone who might help him get a job, win a client, or increase his social capital in some way.

9. He Has a Fear of Better Options

Also known as FOBO, the fear of better options means that he hesitates to date you because he is hoping to meet someone whom he likes better.

He could find you acceptable in many ways but still be seeking more. He may even show some interest to maintain your involvement with him as a Plan B if he cannot find another person to date.

10. He Has a Fear of Commitment

People fear commitment for many reasons, and one of them is fear of failure. He may lack confidence in his ability to succeed at the emotional work that a relationship requires.

People fearing commitment know what the variables are in their lives as single people. They don’t want to step into the unknown, where they could get hurt or hurt someone.

11. He May Be Confused about Sexual Orientation

Coming to understand and accept your sexual identity is not always a clear or smooth path. That man you like, and who seems to like you too, might like the idea of dating you but feels uncertainty about the sexual element.

Keeping a female candidate around as a potential dating partner could alleviate suspicions about homosexuality that a person is not yet ready to process.

Some people know themselves well and have decided that they will not enter into formal relationships. They want the freedom to have sexual encounters with no strings attached.

Such a man may find you physically attractive and appreciate your personality, but he is only interested in short-term gratification.

Realizing that, “He doesn’t want a relationship but he likes me,” makes the rejection all the more difficult. You’ll wonder what it is about you that is holding him back when he genuinely likes you. You might not be the issue.

He could be recovering from heartbreak or even an abusive relationship. He may have been betrayed in a previous relationship. As a result, his well-being could be in disarray, and he does not want to inflict his issues on you.

Does He Want a Relationship?

If any of the information presented here sounds familiar, you may already know the answer to this question. However, assumptions are not the best way to manage human relationships.

You could save yourself time and angst if you spoke to him about your hope for a relationship. If he does not want to talk about it, his avoidance is a reliable indicator that he’s not ready.

If he says no to a relationship, then you owe it to yourself to look elsewhere for love. Shifting your focus off of him could make him realize that he does want you after all.