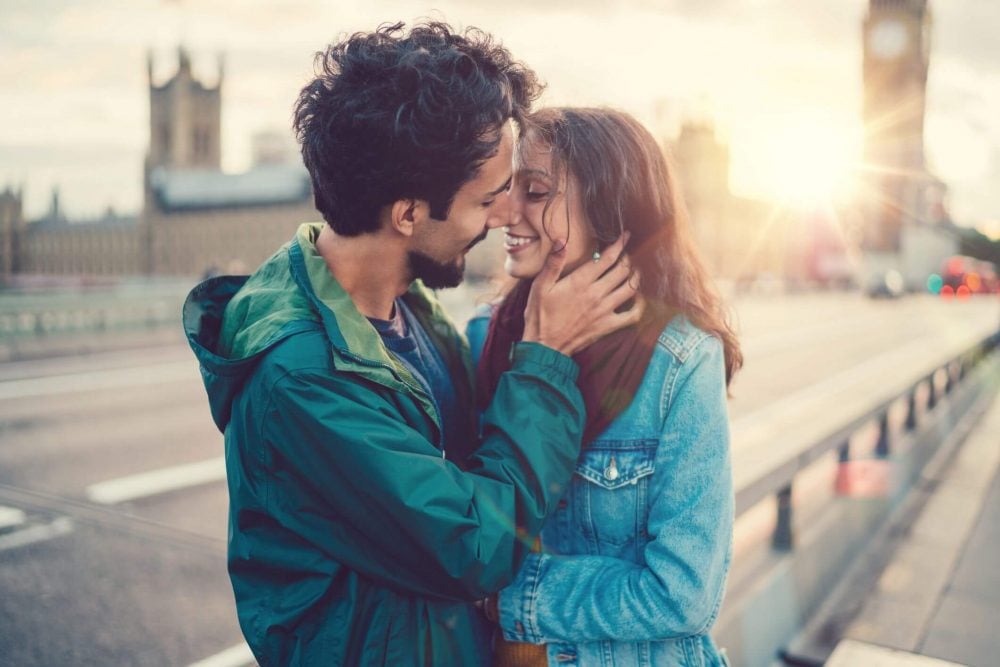 How do you tell if a man loves you? What signs should you look for?

Whatever your partner’s personality, it helps to know the psychology of men in love. What does love feel like for a man, anyway?

All you’ve noticed is he doesn’t act the same way you do.

You’re not weird if you’re wondering whether the man in your life truly loves you.

But if he shows love in any of the nine ways described here, there’s hope.

And if you didn’t have that, you probably wouldn’t be here.

How Do Guys Express Their Feelings?

Unlike women, men are discouraged from expressing their feelings, so they may show their love in ways that differ from your own. It doesn’t mean they love you less.

Ask a guy what he’s feeling, and he may not know just how to answer the question.

Or, if a particular feeling is dominating his thoughts, he might tell you exactly what it is.

If he wants to let you in, but he can’t put his feelings into words, he’ll find a way to show them.

How Do Guys Show Affection?

What kind of affection do guys like? It all comes down to their love language. And while every guy is different, men, in general, tend to prefer physical affection, quality time, and words of affirmation.

And if you don’t respond as they would, they’re just as likely to wonder whether you feel less affection for them than they feel for you.

This is where it helps to know different perspectives on how to express feelings and show affection. It’s also why communication in a relationship is critical to its success.

How do affectionate men show their love? And what if the man you love isn’t as affectionate or expressive as you’d like? Look through the following signs of a man in love, and you’ll have a better sense of what he feels for you.

Because while love is a choice, being in love is not. And, like most of us, you want both.

1. He shows his affection for you in public.

He seems more comfortable showing affection to you in public. Maybe it was weird when you first started dating, but the closer you become, the less he cares about what other people think. He’d make a fool of himself to put a smile on your face.

If instead, he’s more likely to walk ahead of you and let the door close in your face, maybe just run.

2. Whatever you’re doing together, he’s all in.

He might have his preferences, but the main thing for him is getting to spend time with you and enjoy your company. So, he’ll be up for just about anything.

While any relationship should give both partners a chance to do what they enjoy — together or apart — he’ll be fully invested when you’re doing something together, even if the chosen activity is nowhere near his top ten.

3. He puts thought into gifts and surprises.

He’s been paying attention, so he knows something about what you like, and he uses that information when buying you gifts.

And just like that, he stands out from the ex-boyfriend who bought you a last-minute gift of diet pills and random drug store perfume (and you don’t even wear perfume).

He knows it matters to you that his gifts show he cares about your interests, so he’ll put in the effort and go out of his way to surprise you.

4. He spends more time with you.

He’s been spending more of his time with you, and you’ve enjoyed the preferential treatment. He seems genuinely happy to be wherever you are — and vice-versa.

You’re his favorite person on earth, so naturally, he’ll want to spend as much time with you as he can, though he’ll also need some time and space to call his own (as we all do).

Pay attention to his attitude when you’re together. If he’s acting bored or like he’d rather be somewhere else, you’re better off without him.

15 Top Signs A Guy Is Jealous And Likes You

5. He shares his secrets.

A man who’s in love with you is more likely to share secrets with you he shares with no one else (or only a select few). He lets you in because he loves and trusts you.

If he’s closed-off around you, though, and refuses to share intimate details about himself, even after you’ve dated for a while, take it as a sign he’s not ready for a close relationship with you.

Don’t press him to share his secrets, though, or to open up before he’s ready.

At some point, it makes sense to ask him whether he’ll ever open up to you.

He cares about your happiness and wants his decisions to benefit both of you. So, he listens carefully to your point of view and shows his willingness to meet you halfway.

This is no small thing. If he hates compromises, as a rule, it means something if he makes them for you. He’s willing to give up something valuable to reach an agreement with you, as long as you’re willing to do the same.

7. He stays (physically) close to you.

Staying in close physical proximity is one way he’ll express his attachment to you. If you go to a social event together, he’ll show a marked preference for your company over anyone else’s. He may step away for short periods, but he always finds his way back to you.

If he can’t spend most of his time with you, his attention will be drawn to you, wherever you are.

He might send you random texts to check up on you. Or he’ll send you a small gift of some kind to let you know he’s thinking of you.

And I don’t mean he listens for a few seconds before he interrupts or talks over you, changing the subject or hijacking the conversation.

It’s not love if he uses your words as a springboard for a stream-of-consciousness monologue about himself. Anyone who does this should remain single.

But the guy you’re talking about really listens to you. Maybe he falls into old habits now and then (we all have them), but you can see he’s really trying to pay closer attention. And it matters.

9. He’ll do things for you just to make your life easier.

He’ll pick up your dry-cleaning just because. Or he’ll grab an extra coffee for you when he’s caffeinating himself. He’ll find a variety of ways to help you or just put a smile on your face. If it makes your life better in some way, he’ll do it.

Just remember that, while he’s not doing those things for a reward, he will appreciate a genuine thank you (as anyone would).

And if he’s going out of his way to help you (with no strings attached), let him know you appreciate his acts of thoughtfulness.

How does your guy express his love?

Now you know how to recognize men’s love by their behavior, what signs stood out for you? Which have you seen — or which have you wanted to see but haven’t?

Every guy is different. You don’t want him showing signs of love if he doesn’t feel it. But you do want to know, one way or another, whether or not he does. And you’re not wrong to want that.

Make a list of your concerns and questions. Then make time for a heart-to-heart with him. If he loves you, he’ll be more than up for it.