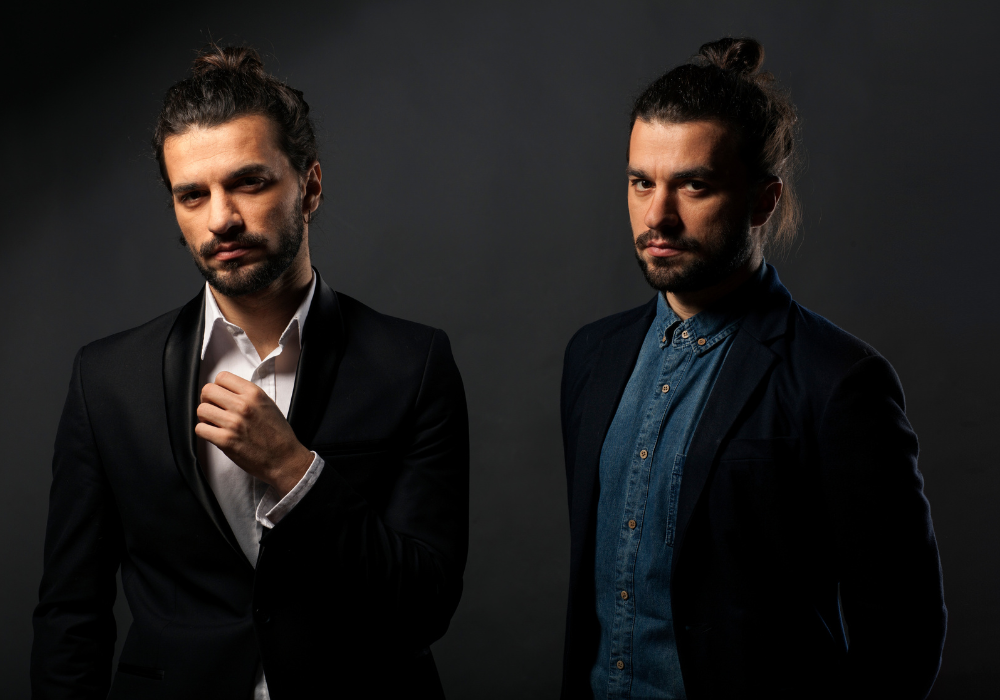 The two best-known types are alphas and betas, but deltas, gammas, omegas, and sigmas also walk the Earth.

Today, we’re tackling the question of sigma vs. alpha males.

What is the general profile of each type, and what are their differences?

So grab a snack and get comfortable because we’re diving into the sigma-alpha divide.

What Are the Sigma Male Traits?

Under Beale’s pen, the category consisted of “lone wolf” guys who shared some of the same qualities as alphas but differed in certain ways.

Though successful, protective, and independent like their cousins on the socio-sexual hierarchy scale, sigmas are also:

Sigmas are often intelligent pioneers in their chosen fields. Notably, they’re typically more concerned with doing an excellent job than getting recognition.

Similarly, sigmas aren’t all that obsessed with fitting in or being well-liked, though they usually are.

Some have a tight-but-small friend group, while others can count their friends on two fingers.

Whichever the case, they’re generally chill about their social lives.

As lovers, sigma males tend to be more sensitive and attentive than alphas.

However, they can also be commitment-phobes. That said, once sigmas find their person, they’re in it for the long haul.

People often ask: Is sigma higher than alpha? But there isn’t a correct answer.

Sure, some sigma men are head-and-shoulders above alphas, but it’s not a given. For example, some men in sigma sub-groups are slothful since they can get away with doing the least amount and scrape by on raw intelligence.

What Are the Alpha Male Traits?

Most folks think alpha males are dominant, good-looking, and outgoing — which is accurate. They also:

A mature alpha male can acknowledge their faults and weak points; an alpha who’s still working through his issues, on the other hand, may go overboard with machismo. Immature alphas may also have emotional control issues.

As lovers, alpha men are notorious for talking dirty — which can be extremely hot if that’s your thing.

Sigma Male vs. Alpha Male: 10 Differences You Need to Know

Both sigma and alpha males are confident but display it differently.

Sigmas typically assert their opinions and desires in healthy, considerate ways. While they can be assertive, they’re rarely obnoxious about it.

Alphas can be a bit more aggressive and may sometimes cross the line with personal relationships. (But their dominance often comes in handy when negotiating business deals!)

Disclaimer: Some alpha males shed their overly aggressive skin after realizing they get further by toning down the bull-in-a-china-shop persona.

Sigma males are a lot more private than alpha males. The alpha derives confidence from being at the top of a social hierarchy, so they must be around other people to feel their best.

In a way, they need other people to see their success and status.

Sigmas, however, are significantly more laid back and self-sufficient.

Disclaimer: Many sigma males have close friend groups, but they’re usually better at “alone time” than their alpha counterparts.

Common wisdom insists that sigma males are quieter than alpha types. And it’s true. Since sigmas don’t court or crave attention, they tend to be lower-key.

But don’t be fooled by silence. Some of the most skilled, ruthless, domineering alpha men choose their words carefully and know when to shut their mouths.

Disclaimer: Some alpha males can be deceptively quiet when assessing a situation. Conversely, sigma males get loud and proud when passionate about a topic.

One of the best ways to tell a sigma from an alpha is the person’s competitive quotient.

Sigma men tend to be successful but aren’t ferocious about winning. Furthermore, they’re usually not concerned with taking credit. For sigmas, the work is the thing.

Alpha males, on the other hand, crave competition. For them, there’s nothing quite as satisfying as winning.

Disclaimer: Sigmas can be very competitive when they care about a given project, race, or contest.

Alpha males typically prefer to work and operate in group situations — not to collaborate, but to dominate. Sigmas usually do fine in groups, but they’re more independent.

Regarding careers, sigmas follow their passions, whether art, computing, medicine, or social work.

On the other hand, Alphas tend to stick to lucrative careers, like finance, law, and medicine — professions people see as high-status.

What about alpha men who don’t have the means to work in those fields? They usually pick jobs that can yield high monetary rewards but require less education (and initial financial investment), like real estate, construction, or craftsmanship.

Disclaimer: Some alphas are great collaborators, recognizing that you can get more bees with honey than vinegar.

Confidence is tricky to master. One step over the line, and people will see you as arrogant.

And yet, cultivating confidence is always worth the effort — because a well-balanced sense of self-esteem does wonders for your mental and physical health.

Sigmas typically strike the right balance between approachable and arrogant, but alphas are more at risk of becoming cocksure instead of confident.

Disclaimer: Self-confidence can be challenging to learn. So everyone, whether alpha, beta, delta, gamma, or omega, goes through periods of confidence and arrogance when learning how to get it right.

Sigmas are almost always more introverted than alphas. We’re not saying sigmas are friendless; many maintain deep, long-lasting ties. But they’re usually not the life of the party.

Alphas, on the other hand, are front and center in every situation — professional and personal.

One isn’t better than the other. Sometimes, having an extroverted person around adds energy and positivity to a situation. Other times, spending time with a thoughtful introvert is precisely what the doctor ordered.

Disclaimer: Introversion and extroversion are two other behavioral conditions that can be highly contextual. Nobody, not even alpha males, is always on.

Men who fall into the alpha category are usually more traditional and conservative.

They like to fill the knight-in-shining-armor slot. Plus, their worldview is reliant on a top-down hierarchical structure. Without it, they don’t have a pack to lead.

Sigma men may fall more on the avant-garde end of the scale because their passions lie elsewhere, and their interests are their lodestars.

Disclaimer: Sigma and alpha men are represented on all sides of the political spectrum. It’s just that alphas tend to be more traditional when it comes to their viewpoints and lifestyle parameters.

As we’ve stated several times, alpha males thrive in hierarchical environments. They want to be the center of attention. Some may be great leaders, and others can be more bullying.

Sigmas are flexible. While they don’t break down in hierarchical environments, they’re better in collaborative atmospheres.

They know how to encourage teammates and don’t take it personally when someone else may get more credit.

We’re not suggesting that sigma males dislike engaging in situations or building deep relationships with people. They do! But they’re not nearly as concerned about whether they’re popular or not. They’re indifferent to being part of the in-crowd.

On the other hand, Alphas are all about being an essential part of the “gang.” Alphas join fraternities and are the first to sign up for the office kickball league.

Disclaimer: Younger sigmas tend to be a tad more concerned with popularity than those who’ve been through defining experiences.

Sure, humans find certain physical traits “attractive.” For example, studies suggest we prefer to look at people and animals with symmetrical features.

But practically speaking, tastes vary. So while some people may see alpha males as more “masculine” and “good looking,” an equal number of folks prefer the stylish, confident vibe of the sigma male.

And though we hate to put a definitive spin on anything, increasingly, more and more women are picking sigma partners over alpha ones.

We’re not saying that alpha males don’t have fans, but they’re no longer the undisputed top game in town.

All that said, it’s important to remember that looks aren’t the only thing that makes a person attractive. Other desirable traits include:

A Couple of Final Thoughts

Social-hierarchical categories are fun to consider and can provide a framework for determining a person’s motivations and personality type.

But don’t take it too seriously because, in truth, everyone adopts different personas and behaviors daily.

To wit, some men may be deltas at work and sigmas on a date. Or maybe a guy tries to convince other people he’s an alpha when really he’s an omega.

Also, be aware that ethologists — researchers who study animal behavior — consider the categorization of humans in this manner to be “pseudoscientific.”

So while it’s a fun way to categorize and analyze potential partners, using the hierarchy in a serious scientific paper is not the best move.

Good luck out there!