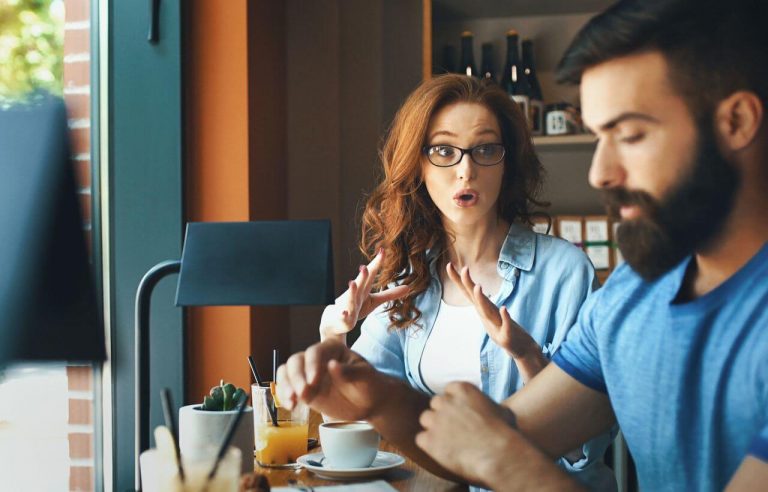 Being in a controlling relationship is something most people try to avoid.

Most folks value their independence and don’t want to be micromanaged by their partners — or anyone else.

So, if you or your partner starts acting like a controlling girlfriend, chances are, the relationship is heading nowhere good.

What are the signs you’re becoming a controlling woman, though?

Or what are the signs you’re in a relationship with one?

A significant factor in the behavior of controlling women is anxiety, which is tied to insecurity.

Other causes include personality disorders, traumatic experiences, and learned behavior.

Depending on the woman in question, any of the following could be at the root of her controlling behavior:

15 Signs of A Controlling Woman

Whether you’re in a relationship with a controlling woman or you think you might be one yourself, look through the following 15 signs.

Depending on your particular relationship, some of these characteristics of controlling women will resonate more than others.

1. She needs to know where her partner is at all times.

A controlling woman feels the need to check up on her partner at all hours of the day (and night if they don’t live together).

She’ll text you repeatedly, asking about what you’re up to. Ignore the texts, and you can expect a phone call or even a visit.

She does this out of fear and a need to know you’re always thinking of her.

She will literally stalk you, because if you’re enjoying yourself without her, you might decide you’re better off that way. Or you might already be planning to leave her.

2. She insists on knowing your passwords.

She wants to know your passwords for social media accounts, as well as anything she feels a need to manage or be included in.

If her partner doesn’t want to share their banking or credit card information, she feels personally betrayed.

To the controlling woman, withholding passwords is a sign you don’t trust her or have something to hide.

It’s more accurate to say she doesn’t trust you and feels a need to check on your social media activity, spending habits, etc., to find ways to tighten her grip.

Whether she’s reading your texts or asking mutual friends pointed questions, she wants to know everything about what you did and said while she wasn’t there or wasn’t a party to the conversation.

She feels compelled to check frequently to ensure her hold on you is secure and without compromise.

If she sees anything that suggests otherwise, she’ll let you know, one way or another, that you’ve crossed a line.

4. She’s trying to monitor or even manage her partner’s other relationships.

She doesn’t approve of all your friends. She might even prefer you spend less time with family, especially if she gets the vibe they don’t entirely trust her. And she probably will.

She might start by scheduling something to do with you on a day she knows you were planning to meet up with friends or family.

When you remind her of this, she might feign forgetfulness, but she’ll also tell you how much she put into the plans she made for your benefit.

And woe to you if you don’t cancel your other plans to gratify her.

5. She wants to be together all the time.

This is more about jealousy than a hunger for your company. She’s afraid any time spent apart will make it more likely you’ll find someone you like better than her.

Oddly enough, the more she pushes for more time together, the more interested you are in doing your own thing — alone or with someone else.

You feel smothered and weighed down by her apparent need to spend every waking moment with you.

But if you’re not willing to sacrifice alone time to please her, she’ll make sure you pay for it later.

6. She’s quick to criticize her partner.

Maybe she doesn’t always put that criticism into words, but her negative thoughts and feelings poison the air between you.

Even when she’s not openly critical, you can feel her disapproval or disdain. Nothing you do is good enough for her.

Why does she do it?

The more she can erode your self-confidence, the more control she gains over you.

It’s not that she wants you to think badly of yourself all the time; she just wants all your good feelings about yourself (or about anything) to originate with her.

Lacking Confidence In Your Relationship? 15 Tips To Empower Yourself And Feel Self-Assured

7. She wants to be the one in charge of the money.

Maybe she thinks, “Well, I’m better at handling money than my partner is. If I let them handle the finances, we’ll end up homeless and in mountains of debt.”

It’s more likely she’s just afraid of what could happen if she relinquished even a little control over something so critical to her survival and comfort.

Try to regain control as the sole manager of your own finances, and she’ll take it as a sign you don’t trust her or that you’re planning to break up with her (which you might be).

8. She wants to be the one in charge of her shared living space.

She has to be the one in charge of where you both live, what qualities your shared living space must have, and how it will be decorated.

Anything you own that doesn’t suit her aesthetic has to go. She’s doing you a favor.

You should be grateful for all the work she’s putting into making your home fit for company.

Granted, she might actually have a better sense of design, but that’s not what’s important here. Shared space should reflect both your personalities and what both of you love.

9. She uses sex as a reward for compliance.

She’ll withhold sex, along with any displays of affection, until you give her what she wants or agree to her terms.

She will always find a way to use your interest in sex against you.

Sex is a weapon she wields to her benefit. It’s never about real closeness.

She may not see it that way, though. It’s possible she honestly feels no interest in intimacy unless her partner is 100% on board with what she wants.

Only then will she allow herself to be touched in a way that makes her feel weaker and less safe — if only for a moment.

So, now that she’s in a position of power in a relationship, she’s making her partner do the same.

That’s what she learned. And she has no experience of a relationship where one person didn’t exercise that control over the other.

11. She’s always arguing with her partner.

Every argument is high stakes for the controlling woman. If her partner dares disagree with her (about anything), she doesn’t hesitate to battle it out.

And she will not let it go until you agree with her or decide victory isn’t worth the stress of arguing with her.

The more you crave harmony, the more likely she is to use every disagreement as a way to erode your self-will and assert her dominance.

Seeing you surrender to “make peace” reassures her that she’s in control.

She doesn’t want to consider your point of view if it contradicts hers because then she might lose the argument.

And she won’t risk that; too much is riding on her maintaining her position as the one who knows better.

She’ll invalidate your feelings before she yields an inch. That’s what she learned from previous relationships.

And having tasted the power from using the same tactics on others, she’s afraid to let go of it.

13. She uses threats and ultimatums to get her way.

Chances are, that’s how people in her life manipulated her into doing what they wanted.

So, now she’s doing the same. It’s what she learned, possibly from an early age. Threats and ultimatums worked with her, compelling her to give the other what they wanted.

It’s that power she craves now because power is what she needs to feel safe in the relationship.

She doesn’t expect unconditional love because she doesn’t believe in it. So she’ll settle for being in control.

14. She uses debts as leverage to get what she wants.

When she does something for her partner (or for anyone), there are always strings attached.

She’ll use every thoughtful act to put her partner in her debt. Then she’ll use that debt against them to get her way.

If her partner hesitates or so much as begins to argue, she’ll bring up that debt to guilt them into conceding and doing what she wants.

15. She gets jealous whenever her partner does something without her.

That includes alone time. Everyone needs that, but the controlling girlfriend or wife is too afraid you’ll decide you prefer your own company to hers.

Your wanting alone time is proof, to her, that you don’t want her around or that you’re getting tired of her company.

Alarms are going off in her head every time you indicate an interest in being alone or in spending time with someone other than her.

That jealousy can manifest in various negative behaviors, including tantrums, stonewalling, emotional outbursts, and threatening something she knows you don’t want.

How Do You Stop a Controlling Girlfriend or Wife?

If you’re in a relationship with a controlling woman, there are things you can do to either improve that relationship or break free of its hold on you.

Consider the following options and choose those best suited to your situation.

These should give you a general idea of how to move forward, either to take the relationship in a healthier direction or to end it in a way that (if possible) benefits you both.

Are you seeing the signs of a controlling woman?

Whether you need to relinquish control or regain some of it, what actions will you take today to improve your relationship — or to break free of it?

Not all relationships are worth saving, even if the people in them are. Sometimes, the best solution for both is to take a step back and take a closer look at what you both need.

The best solution is the one that gives you both your best chance to grow and to heal. What does that look like for you?