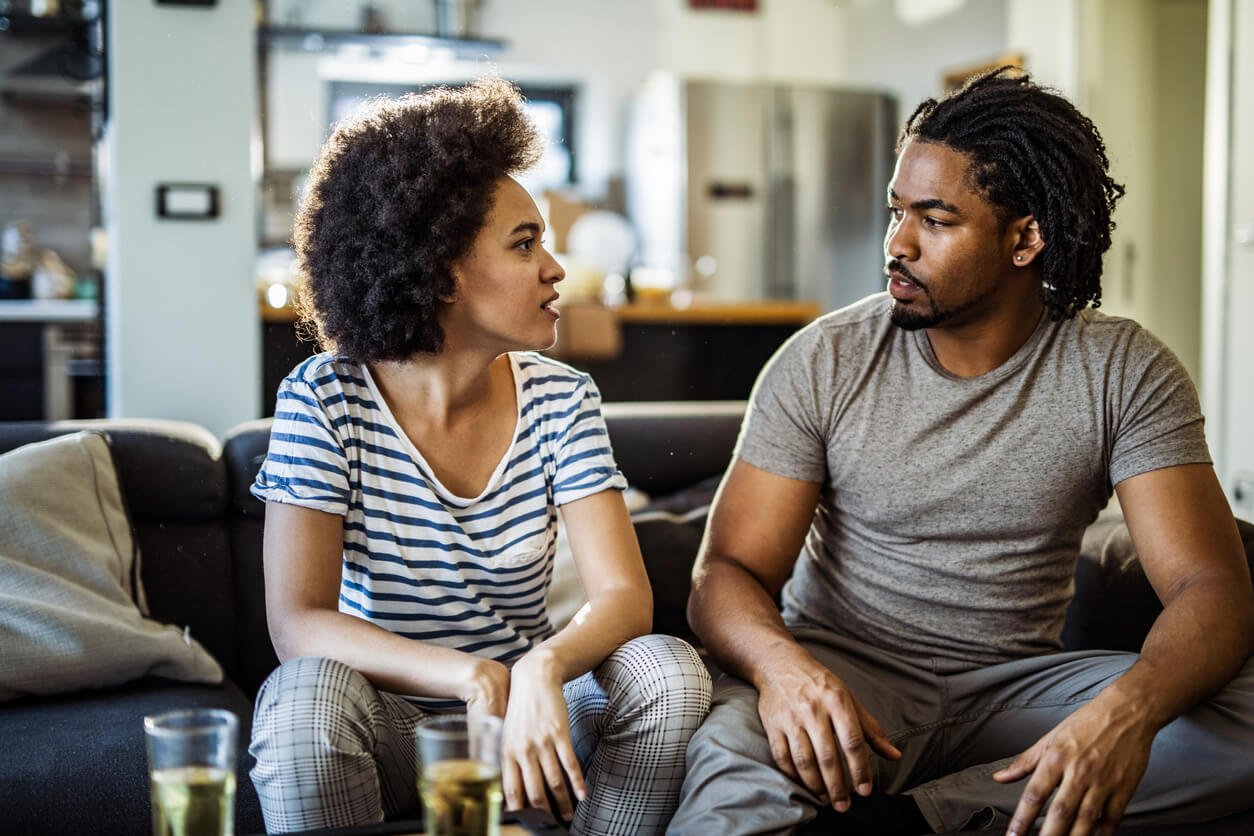 My husband misinterprets everything I say!

In manageable situations, breaking this habit is a matter of retooling your spousal dynamics.

Whichever the case, learning how to talk to someone who turns everything around is a valuable skill, both personally and professionally.

To that end, today, we’re focusing on husbands who blame their spouses for everything instead of maturely admitting they’re wrong.

Why do they do it?

And more importantly, how can you mitigate the problem?

What Is It Called When Someone Turns Things Around on You?

How annoyed do you get when someone tries to turn things around on you?

If you’re like most people, it ranks among the most frustrating things in your life! It can be straight up maddening — crazy-making!

Unfortunately, it happens all the time, and there’s a word for it: gaslighting.

These days, the term gaslighting gets thrown around a lot — but it’s only used correctly a fraction of the time. Many folks think it’s a synonym for lying, but that’s not quite the case.

The concept derives from the 1944 film starring Ingrid Bergman, Charles Boyer, and Joseph Cotten called “Gaslight.” In it, Boyer, who plays Bergman’s husband, uses trickery and manipulation to convince her she’s going crazy so he can steal from her.

For a long time, gaslighting referred to manipulation so extreme that it induced insanity. Today, the term refers to the act of spewing false narratives that cause people to doubt their perceptions.

It’s also used to describe situations where someone peddling falsities tries to turn the tables on — or use debunked but widely believed sophistries against — a justified opponent.

So while many gaslighters lie to maintain their position, the word is not interchangeable with fibbing.

Why Does My Husband Turn Everything Around in an Argument?

Is your husband someone who turns things around on you? If so, you may find yourself wondering, “Why?” When it comes to gaslighting, motivations are varied. Possibilities include:

My Husband Turns Everything Around on Me: 9 Ways You Can Respond

Unfortunately, we cannot force other people to behave differently. Ultimately, we only have control over ourselves. To that end, let’s explore nine ways to respond to husband who always tries to turn everything around on you.

1. Take Time To Process the Situation

It’s perfectly acceptable to walk away from a situation calmly. No rule says you must stay and fight to the bitter end. And sometimes, walking away is the best option as it diffuses tense situations.

When you’ve calmed down and are ready to engage, approach your husband and explain that you’re more than willing to have a civil, mature conversation about the matter at hand, where you both present your perspectives and evidence.

However, let him know that you won’t tolerate gaslighting and other types of manipulative nonsense.

One of the most effective ways to stem an argument in progress is to provide evidence that supports your position — aka, in social media parlance, “show the receipts.”

Be aware, however, that your husband may fly off the handle if he has Narcissistic Personality Disorder. People with the condition become very threatened by facts that collide with their delusional narratives.

When your husband turns everything into an argument, it’s tempting to accept his version of events to end the debate and move on.

But try not to fall into this conversational quicksand. If you do, ole’ hubby may expect to “win” every conversation.

Dealing with a husband who turns everything around on you is draining, and self-care is an excellent way to revive your emotional tank after an argument.

So if things get heated, consider retiring from the situation and doing something as simple as taking a hot bath or shower. That small act can lower your stress levels and temper emotional triggers.

Therapy can be a godsend, especially if you’re constantly thinking: “My husband misinterprets everything I say!”

A counselor can assess the situation from a neutral standpoint, offer constructive advice, and maybe even help you reframe the situation.

In most cases, involving other people in your marital disputes is about as smart as using an electric hairdryer in the tub. However, if you feel that your spouse is gaslighting you to a dangerous degree, it may be wise to confide in friends and family about the situation.

That way, if they see him manipulating you, they can serve as your backup. In worst-case scenarios, informing other people may be a matter of safety.

7. Curate a Quiver of Comebacks

Sometimes, an arrogant husband who’s always trying to turn things around on you can be cut down to size with a few well-placed, witty comebacks.

Try something like, “I’m sorry; I didn’t get that. I don’t speak temper tantrum.” Or maybe, “Yes, Kilgore, you know how I love the smell of gaslighting in the morning.”

Sometimes, the only way to get a husband to behave is to ice him out for an extended period. Explain why you’re giving the cold shoulder. Then, like a member of the Night’s Watch, let your watch begin.

And don’t half-a** it! The goal is to make a point. Make it clear that he will get one-word answers and couch sleeps until his behavior changes!

Unfortunately, some relationships change, resentments fester and metastasize, and there’s no way through the bickering and blaming. If this is where you find yourself, divorce may be the best option.

After all, do you want to go through the rest of your life with an overgrown child who cannot admit when he’s wrong and constantly turns the tables on you? Just thinking about it is exhausting!

A life filled with perpetual tension is not sustainable, and it could affect your physical and mental health. If you’re stuck in this situation, consider couples counseling. Who knows, the motivations behind the action may be rooted in something small that you can fix with a handful of sessions.

OK. If fights with your husband spiral into shoving, slapping, or hitting, please seek assistance from your local domestic violence organization.