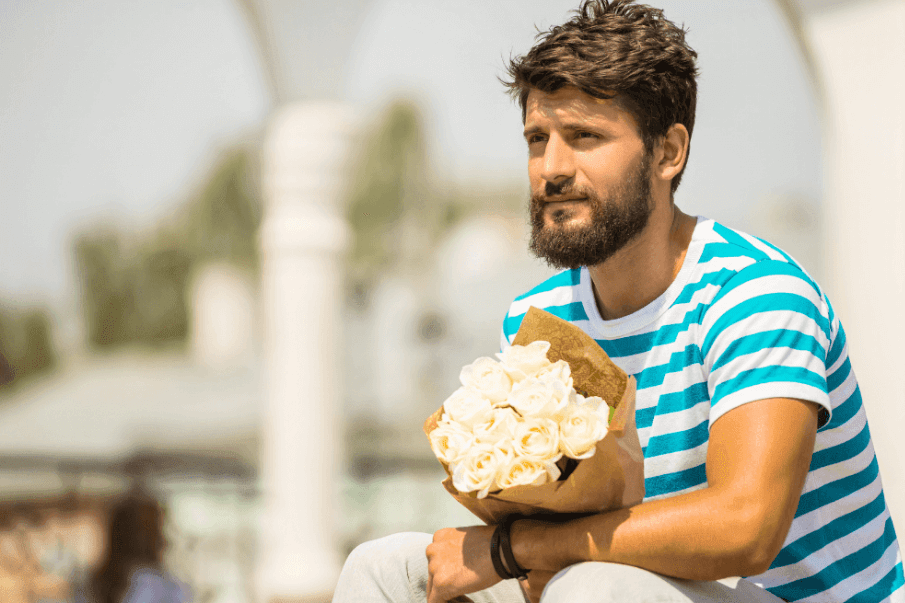 No matter how many times someone tells you, “If he loves you, he will come back no matter what,” you still have doubts.

If he gave you any signs he was likely to return, you didn’t see them.

That’s about to change. After reading this post, you’ll recognize the signs he will come back after pulling away and leaving you heartbroken and angry.

Finally, you’ll know the most likely answer to the question, “Will he ever come back?”

Will He Come Back to Me If I Let Him Go?

Hard as it is to let him go, you know you can’t let your happiness depend on his coming back. Easy enough to say, right? But just the thought of letting go of him hurts.

So, you want to know, “What are the signs he will come back?” But before you get familiar with those signs, you owe it to yourself to make sure of the following:

Will He Come Back? 13 Positive Signs He Will

Now that you know how to lay the foundation for a happy reunion, it’s time to throw the spotlight on the tell-tale signs he’s likely to come back.

He doesn’t wait for you to make the first move. He reaches out, just to check on you.

He misses spending time with you regularly because you’re still an important part of his life. If you’re the one he thinks of first when he wants to talk to someone, that’s a strong sign he’s rethinking the break-up.

It says something when he’s willing to be remembered as the first to make contact.

He calls and texts to see how you’re doing. He even encourages you to do something for yourself and to go after what you want. It’s evident to you that he cares and wants you to be happy. And he still wants to be part of your life, if possible.

That’s a big deal. If he weren’t considering going back to you, he’d probably have minimal if any social contact with you because he wouldn’t want to give you false hope.

3. He wants to reminisce.

When you’re in the same room — or on the phone with each other (talking or texting) — or interacting on social media, he wants to take a trip down memory lane to relive a special moment with you.

He’s been thinking about the good times you’ve had together. And he might already be imagining the good moments you could have if you got back together.

4. He acts differently around you.

You walk into the room, and he visibly reacts. Maybe he sits up straighter, maybe he smiles more, or perhaps he starts openly flirting with someone else.

Whatever he does, he acts differently, and you’re not the only one who notices. Once you leave, he reverts to his default setting, whatever that looks like. He’s trying to act as though he’s already moving on, but he’s not fooling anyone.

With most people, this would come across as stalker-y, but not with this guy. He’s taking an interest in what you’re sharing online and letting you know he’s paying attention.

It’s his way of letting you know he still cares about what’s going on in your life. He might also be looking for clues you’ve moved on with someone else — or clues you’re missing him.

6. His social media is full of hints that he misses you.

Maybe he posts a link to “your song” with hearts and teary-eyed emojis. Or perhaps he shares a happy memory that includes you. Maybe he even quotes you in response to a mutual friend’s post.

It could be he’s hoping you’ll notice these little tributes to your relationship and pick up on the obvious: he wants to get back together.

7. He’s talking to your friends.

If he’s done with you, he probably won’t talk to your friends, either. If he’s calling or texting one of them — and you’ve no reason to suspect they might now be dating — chances are, he’s not ready to cut you out of his life.

He may even be enlisting the help of one of your friends in getting you two back together.

7 Ways To Bring Your Relationship Back to Normal After Cheating

27 Top Signs Of An Unhealthy Relationship

8. He’s checking on your family.

Even after the break-up, he still cares about your family (because they’re part of you). And he wants to somehow subtly reassure them that the situation between you isn’t as bleak or final as it might seem.

He’s also interested in hearing from them about you.

9. Your break-up happened in the heat of the moment.

It happened when you were both angry or frustrated. You both said things you now both regret. And when you think of the break-up and how it happened, it just seems stupid and unnecessary.

You still love him, and he’s still showing signs he loves you, too.

If you’re both able to say as much to each other, the reunion probably isn’t long in coming.

10. He acts jealous when he sees you with someone else.

He might even seem deflated when he sees you laughing with your friends. If you can enjoy yourself without him, it seems like you’ve already started moving on.

And that means a happy reunion is no longer a given.

His reaction is stronger when he sees another guy sitting next to you, maybe getting a little too close for his comfort.

11. He apologizes for what he said.

After thinking about the break-up, he regrets every unkind thing he said to you when he was riled up. When he apologizes, you know he’s sincere.

And since you regret every harsh word you said, you apologize for any part you had in the break-up.

It’s not an official reunion, but it’s a good start.

Maybe you left something at his place, and he wants to make sure it ends up safely in your hands.

And since you’re meeting anyway, why not hang out for a bit and catch up? He keeps finding reasons to meet up, and he tries to make those meetings last.

He misses hanging out with you. And every time he sees you, he remembers the best things about being with you.

13. You’ve been down this road before.

Meaning you’ve both done this before — with each other. You’ve broken up and gotten back together more than once. And you see all the same signs as before. It doesn’t even surprise you when he shows up or calls. He’s right on time.

Maybe it’s time to find out why this keeps happening.

How long should I wait for him to come back?

No one should expect you to put your life on hold for someone who bailed on you. Whether he comes back or not, you have a responsibility to yourself — not to him.

How soon you consider dating again is up to you. It’s understandable if you want love to be part of your life, but that love doesn’t have to include this guy.

And if he doesn’t know what he wants or doesn’t have the backbone to go after it, then you’re not missing out on a thing.

The ball is in his court. Leave it there.