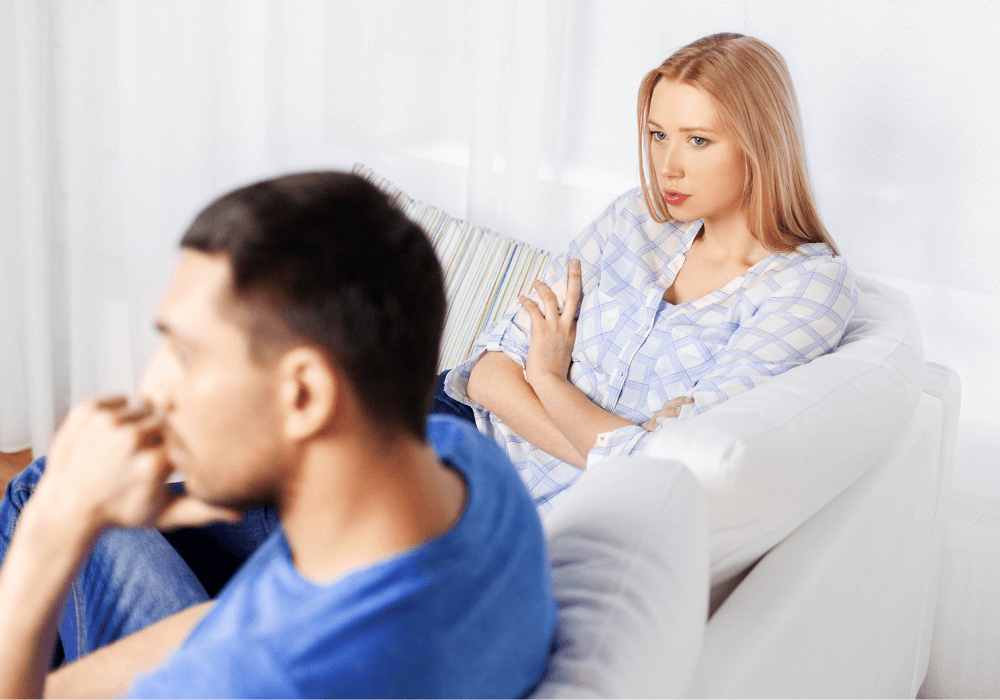 You find yourself wondering day after day why he couldn’t connect emotionally, even after the relationship has ended.

It’s the same question you wrestled with while you were together.

It’s lonely without him there, but it was lonely in the relationship too.

He was so unreadable and distant.

Now you wonder if he notices you’re gone.

Being with an emotionally unavailable man is a daily struggle, but whether he breaks it off or you do, he can still miss being with you.

When you are in the relationship, it seems he doesn’t care enough to work on it – leaving you holding the emotional reins for both of you.

But some emotionally unavailable men keep coming back after a break-up. Why?

The nine signs outlined below can help you know if your emotionally unavailable man misses being with you and wants to reconnect.

Do Emotionally Unavailable Dumpers Come Back?

It didn’t seem like he ever wanted to be close, and you wondered if the relationship was worth it from the get-go. But you hoped it just might take time for him to connect on an emotional level. Besides, he’s a great guy in many ways.

Then one day, he abruptly tells you, “It’s over.” What? You didn’t see that coming. He seemed like things were good between you, even though he’d checked his emotions in the coatroom.

Was there something there, there? Or was it only you in this “relationship?”

Often, men who are seemingly “playing games” or emotionally immature are desperate for connection. According to Sherry Gaba, a licensed clinical social worker, emotionally unavailable men may have experienced the childhood trauma of living in a home where expressing emotion wasn’t allowed.

Relationships often end with an emotionally unavailable man because of their lack of emotional abilities and seeming disinterest in their partner. However, he may be more than interested in you – but just unable to express it.

See if you recognize any of the situations or behaviors below that might signal there’s more to the relationship than you thought.

Does An Emotionally Unavailable Man Miss You? 9 Signs He Does

Will he want to give it another shot? You have a gut feeling that he still cares about you, but you still wonder if you’ll ever hear from him again.

He couldn’t have the deep conversations to foster a trusting and committed relationship, but he was a good guy in so many ways.

Does he miss me and want to try again? These signs show that emotionally unavailable men still care.

1. You have met his friends and/or his family.

He’s let you into his circle of people. These people have known him for a large part of his life, through happy and challenging times. It’s is a big deal that he’s invited you into this circle.

For an emotionally unavailable man to take the chance on you knowing a different side of him than what he’s presenting means he cares and wants to let you into his life in some way.

2. He asked you questions.

Ok, perhaps this wasn’t his go-to method of interacting with you, but he still did it. Showing an interest in who you are, what you care about, and how you spend your time means he wants to know more about you.

Asking questions is a way to keep his own

emotions behind a wall and be connected to you simultaneously. Almost always, questions are a good sign.

3. He talks (a bit) about past relationships.

Men who are emotionally unavailable can harbor pain from a past romance but may have trouble talking about the pain.

Relationships often involve vulnerability and trust. When that trust was broken in the past, your guy likely closed down emotionally. But any willingness to discuss it with you means he trusts you enough to open the door to their inner world and let you in.

4. He helps you out with projects.

Doing something for you or helping you with your day in some way shows he cares.

Was he at the grocery store and asked if you needed anything? Has he bought you a thoughtful gift or helped you put together a bookshelf?

If he’s willing to help bring some ease to you, he’s showing he cares for you and isn’t just focused on his own needs.

5. He talks about the future.

Does he mention future plans that include you – plans many months away?

Seeing you as part of his life in the future may be a big leap for a man who is emotionally distant –  as big as a marriage proposal is for other men.

If he can visualize and express his future with you in it, then it’s more than just a fling. He may need things to move slowly and for you to be patient with him.

Taking the time to create an experience together, especially something he thinks you’ll enjoy, means he wanted to please you. It tells you that he thinks about you when you’re not around.

If your man did this on occasion when you were dating, then he’s probably thinking about you after the relationship has ended as well.

7. He expresses a desire to change.

Being with an emotionally unavailable man is so hard. You might have confronted him about something being off or his lack of emotional intimacy.

Think about how he responded at the time. Did he show any desire to change to meet your emotional needs in the relationship? If so, perhaps he just didn’t know how to do it.

8. He follows through on what he says.

He wasn’t showing up in the relationship emotionally, but he figured out other ways to show up for you.

It’s another sign he’s tending to your needs, not just his own. Setting aside his own preferences and following through on promises builds connection and trust.

Building on that slowly over time allows him the space to be more emotionally available.

9. He shows some emotions or talks about them.

It may seem like a no-brainer, but it is essential to consider.

Are there times when he talked about having emotions? Even if he presented the emotions with a flat affect, he is expressing his feelings with you which is a form of vulnerability.

He may also be vulnerable by showing emotions even if he doesn’t want to talk about them.

Is Your Husband Emotionally Unavailable? Learn The 17 Top Signs He Is

What Happens When You Ignore an Emotionally Unavailable Man?

Maybe after reading this list, you have decided that the best thing is to ignore him if he reaches out.

Being with an emotionally unavailable man is confusing and challenging, and you don’t feel equipped to deal with his emotional distance.

How will he react to being ignored? Should you ignore an emotionally unavailable man?

Most emotionally unavailable men respond to being ignored in one of the following ways:

Reflecting on Your Relationship with an Emotionally Unavailable Man

Take some time to decide what you want in a relationship and whether or not your guy will ever be able to provide it.

You may have resonated with one or several of the signs and found that your emotionally unavailable man does miss you and likely wants to see you again. How will you choose to respond if he reaches out?

Now that you know the signs that an emotionally unavailable man does care about you, the relationship could be different next time, but that doesn’t mean it will be easy.

You have to figure out how much you are willing to put into the relationship and if he is motivated to become more available.

Hopefully, no matter the outcome, you feel confident knowing you can navigate the challenges of a relationship with someone emotionally unavailable.