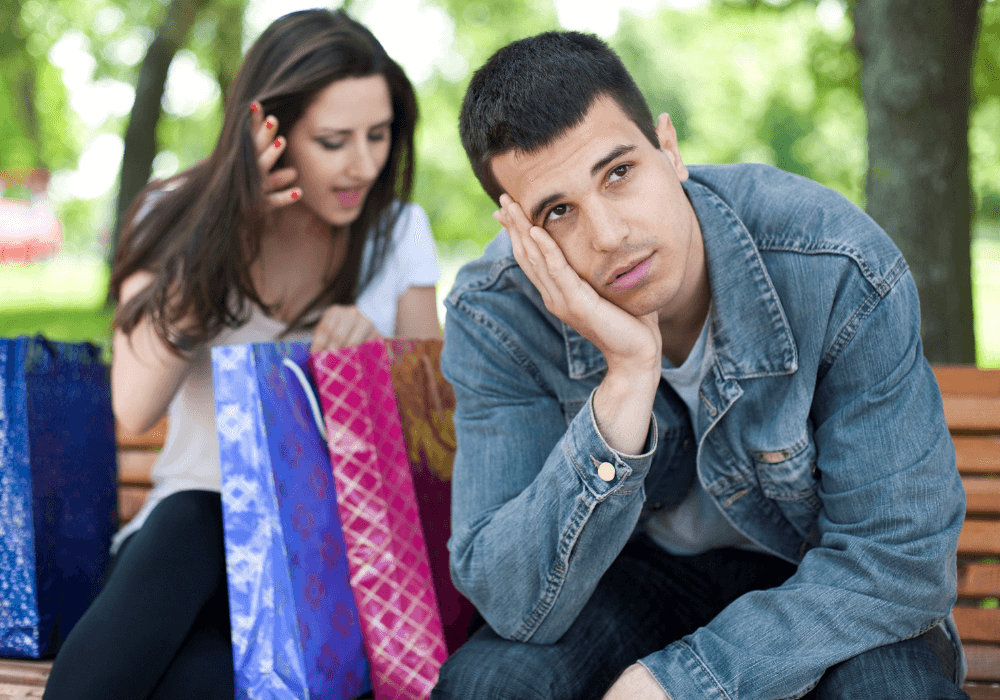 This guy is worth it!

You find yourself saying this after years of failed relationships, one after another.

But this is the man for you, and you don’t want to screw it up.

Now that you’ve found that perfect connection and want to ensure it sticks, don’t fall victim to those same patterns of the relationships in your past.

Bring these 21 most common turn-offs for guys into view so that this relationship is “the one” that lasts.

What Is a Turn-Off?

A turn-off is hard to describe for most people, but generally, it’s that lack of connection, the feeling in a guy’s stomach that’s so intense he ends the relationship.

Typically, this feeling stretches from some kind of action – a behavior their partner does frequently.

These things that turn guys off might seem normal and reasonable to you, but timing and balance are everything.

Let’s be clear, you need to be yourself in a committed relationship, but some things that you are doing may need to change.

So, what is the biggest turn-off that can send a guy running? Our list covers the common turn-offs that men have. The biggest one is up to your particular guy. As you read on, think, which of these are you doing?

1. Being Critical about Everything

Sure, the world isn’t perfect, and neither is the guy you’re dating, but try to focus on the positive. Constant complaining about things a guy does or where you end up for dinner will leave him with a negative view of being around you.

2. A Lack of Confidence

Being shy or not having an opinion of what you do is cute, sometimes. Constantly saying you don’t care, when you probably do or even if you really don’t, will leave a guy wondering if he’s doing things the right way. Let your voice be heard and express yourself.

3. Wearing Your Pajamas All the Time

As nice as it is to be comfortable, guys love seeing you in your clothes and out of them. You don’t want to give off the lazy vibe by wearing your stained yoga pants every time you make dinner together or sit on the couch and watch Netflix.

It’s not that you stink, but guys love the way women smell after getting out of the shower and the way women look when they get ready for the day. Cleanliness is attractive to guys and sends a message that you take care of yourself.

5. Always Being the One to Initiate Sex

Let’s be clear that it’s not all about sex, but it is one of those things guys love to talk about, and think about, constantly.

But, when you are always the one initiating it to keep him interested, it takes the excitement away. Take a few days off and let him pursue you.

6. Giving Advice Instead of Listening

When a guy has a problem he wants to talk about, he really wants you to listen. Don’t be so quick to tell him what you would do – giving off the vibe that you’re better than him. Allow him the space to talk it through. If he wants advice, he’ll ask.

7. Telling Long Stories without a Pause

Especially at the start of a relationship, it can be tempting to keep the conversation going by talking about every detail of a story. This one-sided conversation is a massive turn-off to guys. Your man might just start thinking about all the other things in his life while you’re going 90 mph.

8. Staying the Night, Every Night

Autonomy is essential in any relationship, especially when it’s new. Guys need some time to unwind without you around all the time. Too much time together will backfire at some point and leave your guy looking for a place to get away.

9. Talking about Having Kids, or Not, Too Soon

This is an important one in any relationship, but most guys are not one-sided when it comes to having kids.

This is something that you discuss more in-depth once you’re committed. Saying “my way or the highway” right from the beginning may just have that effect.

10. A Lack of Spontaneity

Being spontaneous is extremely attractive to guys. Being stuck in a routine and planning every moment is boring and predictable. You don’t have to go to bed right at nine every night. Let yourself be free from your own rules from time to time and have fun together.

Lies drive a knife through a relationship, no matter how small they are, time and time again. Be honest about your feelings and opinions.

It’s better to be honest and have a hard conversation with a guy than have him find out you were lying to him. Honest conversations usually strengthen relationships.

12. Asking Too Many Questions

Don’t start drilling your guy about his day and everything he thinks about to show care and support. Insert yourself into the conversation and blend that with questions. It’s not all about him, and it’s not all about you.

13. Wanting to Do Something, All the Time

Chill out from time to time. Don’t create a rigid social and events calendar for the two of you. Allow space to just be together with nothing to do.

Too much structure will make a guy feel like he’s at work, and even though a committed relationship takes work, it shouldn’t feel that way all the time.

14. Telling Him All the Reasons You Don’t Like His Friends

A guy’s friends are important to him, and he needs time with them. Support your man in having time with his friends and spend time with them together. If you make him choose, he might not choose you.

If you were planning on going to a dinner party and your guy wants to stay home, what’s really wrong with that? Can you break your plans and still spend quality time together?

Be willing to make space when he has a hard day at work or is not feeling well. Forcing what you have committed to will not start the night off well.

16. Not Making Time for the Relationship

This is a big one. A guy needs to know that you are into being with just him. Plan a fun trip for just the two of you or give a spontaneous present to him. Be fun. If you leave him wondering if you like him or not, he may go packing before taking the time to talk about it.

17. Not Showing Interest in His Activities

Guys define themselves by what they like to do. Support this. If, let’s say your guy is into basketball and you’ve always hated team sports, you don’t have to tell him that every time he mentions it.

Grab a ball on a nice day and go down to the park; let him show you how to play and enjoy spending time together.

18. Telling Stories Through Your Phone

Don’t be more into your phone than you are into the relationship. If every story you tell involves holding up a picture of someone else on social media or a trip you took somewhere, your guy will think that he’s not an important part of your life. You can talk about those things without showing him a picture of every detail.

It’s overbearing for a guy to hear from you all the time – he’ll feel like your checking up on him or trying to control him.

Give your phone a rest, or text someone else. Let there be some space in the day between messages, and watch how he reaches out for you.

20. Being Too Clean or Too Messy

Environment is important for well-being. A guy needs to feel like he can relax and not always have to pick up after himself.

On the flip side, if you’re too messy and there are piles of stuff everywhere, it seems like you’re lazy. Find your comfortable, happy middle-ground where you can relax too.

Be careful not to make a guy draw a strong connection between you and his mom. If you tell him what he should constantly be doing or how he should act, he will push back at you, just like a teenager with their mom.

Let him have some independence in his decisions, and he may just ask for your input.

Think for a few minutes after you’ve read this list of the biggest turn-offs for men.

Are you doing any of these things? What would it be like to let go of them?

Now that this common list of turn-offs for guys is in your awareness, you have the power to make a change.

If your relationship is worth it, take the time to consider what you could do or not do to make sure it continues to bloom.