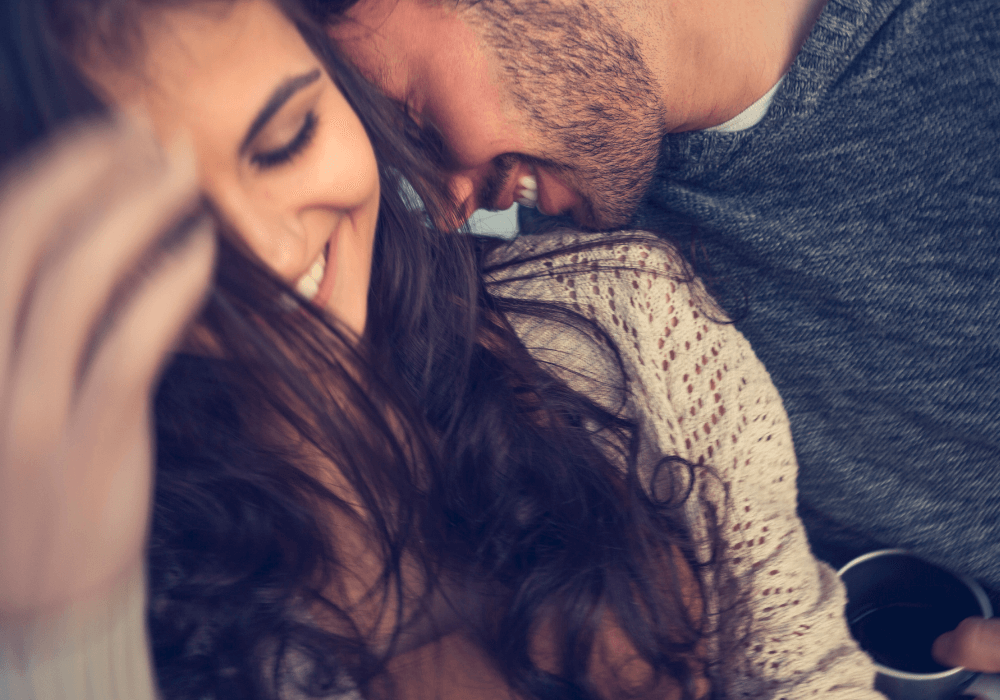 You can’t control when, where, or how you get turned on.

It can happen while working, watching TV, driving, shopping, working out, reading, cooking– you get the point.

The smallest of things can create arousal.

Whether you’re a man or woman, even non-sexual things can turn you on.

It doesn’t matter if you’re single, married, or in a relationship, casually dating, or on the market.

Even complete strangers can stimulate your senses.

Non-sexual things that are turn-ons vary from person to person and between genders, but there are some common tantalizations out there.

What Are Non-Sexual Things that Turn People On?

Most people are familiar with obvious physical turn-ons– things that are sexual in nature and are intentional to get a reaction from the opposite sex.

But what about non-physical turn-ons?

There are tons of things that men and women do naturally or unknowingly that are quite enthralling, such as simple words or gestures that have little to do with sex but still get your juices flowing.

Consider the following as ways you might be affecting someone:

Whether you’re male or female, the things you say and do can have a major impact on the opposite sex. That’s true even when you’re not trying to leave an impression.

Below we cover 21 of the most common non-sexual turn-ons for women and men. Many of these examples can go either way, so pay attention regardless of your gender.

Non-Sexual Things that Turn on a Woman

Women love intelligent guys, someone with whom they can have a knowledgeable conversation– maybe even teach them a thing or two– without making them feel inferior.

Just a simple text or phone call to see how she’s doing goes a long way. Making sure she got home okay or asking how she feels when sick, for example, makes her feel special and cared for.

3. Cleaning up after himself

He doesn’t have to be a neat freak, but there’s something hot about a guy that keeps up with his chores– things like making sure the dishes are done and putting things away after using them.

Girls like confident guys. Holding strong opinions (without belittling others), knowing what they want, and believing in their ability to get it is sexy– as long as his confidence doesn’t translate to arrogance.

5. Being good with kids

There’s something very sexy about men who enjoy kids and aren’t afraid to show it.

Even if they aren’t his or aren’t part of her future, seeing a guy love on kids and babies brings out his sweet, sensitive side.

The level of expertise is less important than the act of making her a meal. It could be a decadent rack of lamb or Hamburger Helper from the box. Either way, it makes her feel cared for and provided for.

Most women like it when their partner shows them affection. Nothing over the top, but simply holding her hand while driving, hugging her from behind, or catching him staring at her and smiling can turn her on.

He doesn’t have to be a trendsetter or on top of all the current fashion trends but taking the time to look presentable and put together goes a long way.

And while it doesn’t have to be a three-piece suit, seeing him in one tends to get her panties in a bunch.

Being a decent human being toward others is wildly attractive. Treating others equally, regardless of their financial situation, living quarters, or career choice, is a major turn-on.

Physical attractiveness goes out the window when he treats others poorly.

It’s always a good thing when someone does what they say they will do.

Showing up on time, following through on plans, and helping her when he says he will let her know she can count on him.

Top-ranked for both genders, smelling good is super sexy. It highlights good personal hygiene and self-care.

Good smells are mood boosters, and they increase blood flow to the body’s special areas.

(Note: Smelling bad can have the opposite effect!)

Non-Sexual Things that Turn on a Man

Call him old-fashioned, but guys tend to like feeling needed.

He wants to reach the thing on the top shelf or open the stubborn pickle jar for her. It’s the hero in him.

Guys like when women can make decisions, even about simple things like where to eat and what to watch.

They also like assertiveness, not to be confused with aggressiveness.

14. Taking care of him when he’s sick

He likes being taken care of when he’s down and out.

Running his errands, making him soup, getting his medicine, and caressing his head make him putty in her hands– once he’s feeling better, of course.

He likes when she shows him he’s on her mind–whether that’s buying something (a t-shirt or a new candy bar he might like) or doing something (sending a text to ask about his day or sharing an article about his favorite sports team) that made her think of him.

16. Maintaining her own identity

Spending time together is great, but a woman who is passionate about her hobbies is hot.

It doesn’t even matter what it is– gardening, reading, playing an instrument –it just matters that she stays true to who she is.

It’s a huge turn-on to see her walking around in nothing but his oversized t-shirt or wearing his hoodie instead of her own when she’s cold.

18. Being touched in a non-sexual way

Gentle touch has a calming effect that promotes relaxation and reduces anxiety.

He loves when she grabs his forearm or lightly touches his hand or shoulder.

19. Playing with her hair

There’s something sexy about a woman absentmindedly twirling her hair or braiding it. Putting it up when it’s down, letting it down when it’s up, and shaking it out– all hot!

Men are attracted to a good sense of humor. Life is too short not to enjoy it.

They like women who can relax and have fun. They like when she can hang with the guys, handle a little trash talk, and give it right back.

21. Catching her staring at him

He likes when he catches a woman staring at him, especially if she maintains eye contact for a few seconds after she’s been caught. Prolonged eye contact creates a strong connection.

The bottom line is you don’t have to be sexy to be sexual. And you’re often at your sexiest without even trying. Rather, it’s the little everyday things you do that get the opposite sex all riled up.

Notice how they react when you do the things on our list.

Or next time you feel hot and bothered without an obvious explanation, pay attention to what he or she just said or did that might have you feeling that way.