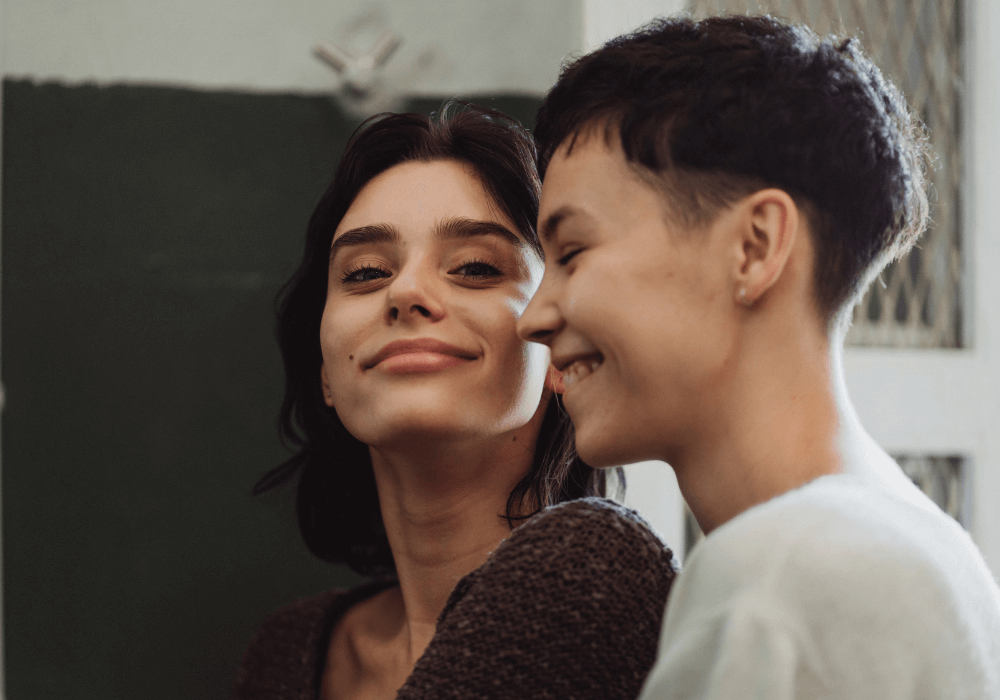 What does it mean to have a queerplatonic partnership?

What makes it different from being “really good friends”?

And does the “platonic” mean absolutely no sex or romance?

These are some of the biggest questions that come up regarding queerplatonic relationships (QPRs).

And you’ll find more—along with their answers—as you keep reading.

What Is a Queerplatonic Relationship?

So, what is a QPR? And where did the term even come from?

Do you know how “platonic” and “romantic” are generally considered opposites of each other? With queerplatonic — or “quasiplatonic” — relationships, it’s not that simple.

In 2010, an online thread called Kaz’s Scribblings introduced the idea of queerplatonic partnerships. The description answered those who wanted an aromantic relationship that doesn’t conform to the binary distinction between romance and platonic friendship.

Like asexual, aromantic implies the lack of a specific kind of attraction—but not the complete lack of interest in that kind of expression.

People in queerplatonic relationships often describe them as stronger and more intimate than a platonic friendship.

A queerplatonic couple isn’t together because of sexual or romantic attraction. But their brand of platonic love doesn’t have to match everyone else’s—or meet society’s expectation of what a platonic relationship looks like.

13 Signs You’re In a Queerplatonic Relationship

The best way to know whether you have a queerplatonic partner is to read through the list provided below and make a note of the ones that apply to you.

If you’re reading this, we’re betting that at least some of the following clues will stand out.

1. You and your QPR partner make the rules.

So, the answer to the question, “Can you kiss in a QPR?” is “Yes—if that’s what you both want.” The same goes for other expressions of affection, like cuddling and holding hands.

It also applies to sex. While the couple may not feel sexually or romantically attracted to each other, it’s up to them to decide whether sex has any place in their relationship.

2. You’re always excited to see and spend time with each other.

When you’re together, you’re open to whatever your partner needs from you—whether that’s having a game night with friends, running an obstacle course together, or just hanging out at home to play video games or “Netflix and chill.”

Even if an evening’s plans aren’t your first choice, you don’t mind, as long as, whatever you’re doing, you get to do it with them. You both want each other to enjoy it, too.

3. You feel like you’ve known them forever. And you can’t imagine living without them.

Even if you’ve never believed in the idea of a soulmate, your queerplatonic partner comes closest to changing your mind.

You finish each other’s thoughts. You anticipate each other’s needs. You feel that no one on the planet has ever understood you the way this person does (and vice-versa). They just get you. And you get them. The idea of life without them feels hollow.

4. The platonic in QPR doesn’t (necessarily) mean a lack of sex and romance.

QPRs can be completely sex-free and romance-free. Or they can have some of both.

Again, the people in the QPR make the rules. Heteronormative and binary rules for relationships are irrelevant to the QPR. They do not apply.

So, while platonic love has always been associated with a lack of sex and romance, the queerplatonic relationship contains a spectrum of physical affection, ultimately prioritizing the needs of the people involved.

5. You have weird nicknames for each other.

How many couples refer to each other as their asexual zucchini? And what does it mean to have a squish?

You’re less likely to use words like “boyfriend” or “girlfriend” because you don’t want the baggage that usually goes with those words.

What you want is something different—something that’s more fluid and responsive to the needs of the real people involved in the QPR. And that calls for a new genre of nicknames.

6. You get butterflies around your person (and ditto for them).

This person isn’t just a friend, after all. The connection between you goes deeper than that—so deep you actually feel butterflies when they come to mind—or into view.

It’s not that you can’t wait to get into bed with them, though you might feel a need for that kind of closeness. It’s just that you feel so connected to them (and they to you) that you feel that connection whenever you see them. Your entire body responds.

7. Everyone who sees you together thinks you’re a couple.

Other people seem suspicious about your relationship. Some look at you with that “Oh! Is this a crush I’m sensing here?” expression. However you describe your relationship, people around you tend to think, “There’s something going on with those two.”

Some might see your behavior as evidence of unfaithfulness to someone else. You can’t help it, though, if you prefer this person’s company to anyone else’s. You feel most at home around them.

8. You’re more likely to use the word  “alterous” than platonic to describe your connection.

An alterous attraction is an emotional connection that is neither sexual nor romantic nor strictly platonic. You want to be close to this person. And maybe, when you’re starting out, you’re not sure exactly how you’ll both feel moved to express that.

9. When something happens, they’re the first person you think of.

Confiding in them comes so easily. But later on, you wonder if you’ve overshared and not given them enough time to talk and be heard. It’s a tricky balance in any relationship. Because this is your person, you want to include them in everything that matters to you.

So, when something happens that shakes up your world, you want their company more than anything else. No awkward silences here. Every moment spent together is soul food.

10. You feel a bit jealous when they talk about another friend.

If you want this person to be your quasiplatonic bestie, you probably don’t want to share them with anyone else—at least not on the deepest level.

So, anytime your special person mentions a friend whose company they enjoy, you catch yourself wondering if they feel closer to this friend than to you. You might also feel compelled to check this person out — just in case their intentions are less than pure.

11. You feel most like yourself when you’re with them.

Saying you feel “complete” with them is problematic. You’re already a complete person. But you feel that you have to hide or diminish parts of yourself to be lovable with other people.

That’s not the case with your favorite person. You trust them to love the whole you, unconditionally and without reservation. And they trust you to do the same for them.

12. You feel a thousand times braver when they’re with you.

You know you can do hard things without a cheering section. But whatever you’re doing, it’s so much easier to be brave when they’re part of it. It’s not so hard anymore. You feel as if you can face any challenge.

It’s a different story when they can’t be there with you. But even then, being their person makes you braver than you’ve ever been before.

13. They know what you need better than you do (and vice versa).

They have a unique insight into what you need from them without even asking. It’s not that they can read your mind (though you wonder sometimes). They just know you so well they can tell when you need a break, a hug, or just to be alone with them.

And they’ve got you. Always. They’re there when you need them without ever sending the impression they could have been doing something more enjoyable—and aren’t you grateful to them for making that sacrifice.

“Happy, now?” is not in their vocabulary.

Now that you’ve read through all 13 clues, which ones stood out for you? Would you now describe your relationship as queerplatonic (or quasiplatonic)?