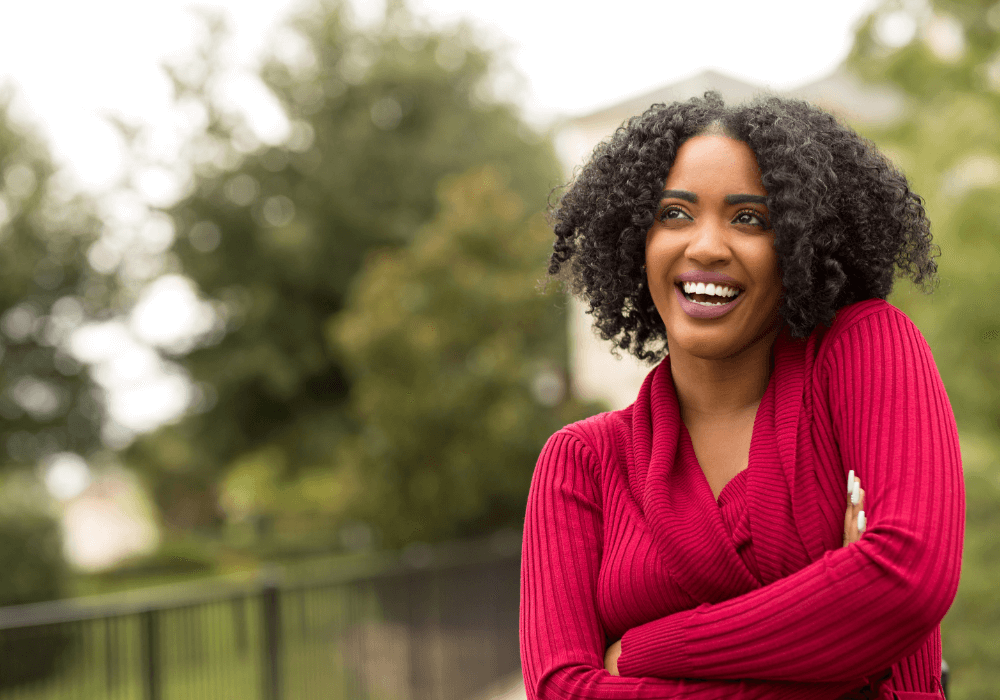 If you’ve ever met someone with a bold personality, you probably couldn’t help admiring them, at least a little.

You knew it wasn’t liquid courage, either.

Boldness was their default setting.

So, were they born that way?

Or can you (or anyone) learn how to be bold and confident?

Some folks are just naturally bolder than others.

Read on to learn how.

Bold people are a diverse bunch, and some are bolder than others. That said, even the more quietly bold ones share certain traits with the more outspoken among them:

How To Be Bold

Knowing the basic characteristics of a bold person is a good start. But if you’ve never been bold, what can you do to cultivate that kind of confidence in yourself?

Start with these 15 actions to become a bolder person.

1. Learn what it means to be bold and confident.

If you know someone you’d describe as bold or confident, watch them (discreetly and without actually stalking them) to observe their behavior. What do they do that you don’t? Or what do you do that they don’t?

It’s also important to know the difference between false bravado and real confidence. The former has its place and might do in a pinch. But the goal is to build more of the latter.

Bold people make no apologies for their gut instincts. They don’t check to make sure it matches up with the dominant opinions in the room. Fond as they are of their own views, they have a healthy dose of skepticism for others.

Practice listening to your own gut and resist the temptation to counter its suggestions with cold logic or what-ifs.

They’re scary because, when you’re starting along this path, you can’t (or don’t want to) imagine yourself doing what they do daily—like it’s nothing!

Are they machines? Mutants? Gluttons for punishment?

Nah. They’re just less susceptible to what other people might think of them. They like themselves, and it shows. They’re also more willing to take risks because they know failure won’t change that.

Audacious people start before they think they’re ready. They feel most alive when they’re putting themselves to the test.

New paths will never look entirely safe until you put them to the test. And you can only do that by taking a step forward—right outside your comfort zone. Sometimes, it’ll mean breaking a rule you thought was there for a good reason.

The point is to challenge whatever is holding you back from the life you want.

And don’t be afraid to change your mind and course correct if your mistake leads you down a path you don’t want. You’re human. And you don’t have to get it right the first time.

That said, it helps no one to blame someone or something else for your mistakes. Own them, learn from them, and move on. Bold people don’t hesitate to take responsibility for their mistakes. Nor do they hide from humiliation.

6. Focus on the present.

Bold people aren’t thinking of the past when they take action. The present has enough for them to deal with, and they know enough about the situation to forge ahead with their ideas.

They don’t worry about what could happen if they fail because they’re less likely to fixate on that possibility. All they have is the present, and they’re fully engaged with it.

Bold, confident people don’t make time or headspace for things that don’t really matter to them. They might be aware of things going on that don’t affect them, but they’re unlikely to get worked up by any of it.

They’ve got enough to do without the distraction of unimportant details. They’ve got no time or energy to spare for other people’s drama.

8. Step up and make the first move.

People with a reputation for being bold are generally (though not always) the ones who make the first move.

These folks don’t hesitate to ask someone out, ask for a kiss when things are going well, ask for a promotion or pay raise, or ask for a lower price on something.

There might be some impatience in that tendency since they don’t see an advantage to waiting any longer. But whereas most people would hesitate, they don’t.

9. Do something no one would expect from you.

If you want to practice being bold, start by making a list of things no one would ever expect you to do. Some of these can be things you’ve thought of doing; others can be things you can’t even imagine yourself doing.

Go with something that isn’t likely to have negative consequences for anyone, with the possible exception of your ego.

After all, embarrassment is temporary. And it’s often more useful than playing it safe.

If it helps (and it often does), write about what you want out of life. Write about your core values, your life goals, and your top priorities. Get clear on what excites you and what you live for. Bold people go after those things, so you will, too.

Because you know you’re worth it. But you won’t get any closer to the life you want if you’re not honest about what that looks like.

“Nothing ventured, nothing gained” is a good motto for a bold person. They don’t see a point in hanging back and hiding when they want something.

Asking comes easily to the confident person. They know they’re valuable and deserving. They don’t doubt a particular opportunity at work or in their personal life is a good fit for them if they feel drawn to it.

So, if getting closer to that requires asking, they don’t hesitate.

12. Get to know yourself better.

Genuinely confident people know they’re pretty great—on the whole. The confidence doesn’t come from an overinflated ego (though they might have that) but from a sober awareness of their gifts.

They don’t bother with false humility, and while they’re aware of their personal challenges, they don’t allow themselves to be weighed down by them.

The better they know themselves, the more patient and forgiving they become.

They’re more likely to say positive things to themselves and to take pride in a job well done without explaining it away as a fluke. They like who they are, and they don’t mind if other people pick up on that.

Pay attention to your self-talk today. And replace any negative messages with positive or neutral ones.

14. Realize you can’t (and won’t) please everyone.

Confident people don’t fret over whether their solution will make everyone happy because they know it can’t. They focus instead on finding the best possible solution, knowing there will always be critics.

Critics can be wrong. So, confident people will do their best with what they have. If they persuade at least one reasonable person to try their solution, that’s enough of a win.

15. Make a decision and move forward with it.

Take action to implement that decision. It doesn’t have to be perfect, but you need to start somewhere and put that decision to the test.

What does being bold mean if not making a firm decision, however unpopular, and then taking decisive action to implement it. While others are paralyzed by indecision or fear, the bold person assesses the situation, makes a choice, and runs with it.

Because sometimes you’ve just gotta do something—even if it’s not the best thing possible.

Now that you know what it means to be a bold, confident person, what points stood out for you? How have you been bold in the past? And what will you do differently today?

31 Spot-On Quotes About Life With A Narcissist