9 Of The Best Strategies To Believe In Yourself

Do you know what it means to have faith in yourself?

There’s more to believing in yourself than paying yourself compliments, thinking positive thoughts or faking it 'til you make.

Self-belief means you can recognize the truth of who you are and what you’re capable of.

Ironically, true humility (that virtue that makes people wiser and more likable — and has nothing to do with false humility and self-deprecation) requires a healthy degree of self-confidence.

And self-confidence is belief in yourself and your ability to do what needs doing.

It’s when you learn how to believe in yourself that you begin the process of becoming the person you were born to be.

What does it mean to believe in yourself?

Let’s start with what it isn’t. If you say “I believe in myself,” you’re not saying, “I can do anything I want to do, as long as I set my mind to it.”

Case in point: you can go on American Idol believing that you have the ability to sing well enough to make it to the final round, but if you’re tone deaf, you can’t believe your way out of that.

Because you don’t even realize you’re tone deaf until someone else points it out (and sometimes even then, if those after-performance interviews have taught us anything).

So, when I tell you, “Always believe in yourself,” I’m not telling you “You can do anything.” I’m telling you, “You can do what you need to do to become the person you want and were born to be.”

Maybe that doesn’t involve becoming the next American Idol or becoming the governor of the first settlement on Mars. Not all daydreams are meant to be lived. Not all of them deserve that level of commitment.

But you becoming the person you want to be and contributing in the way you were born to contribute… that’s worth the commitment. And it starts with believing in the truth of who and what you are.

9 Of The Best Strategies To Believe In Yourself

Make a list of every success in your life — everything you’ve done that makes you proud, including the little things. Your list might include the following:

Whatever you think of that makes you proud of yourself, write it down. And if you think of something later, add to your list. 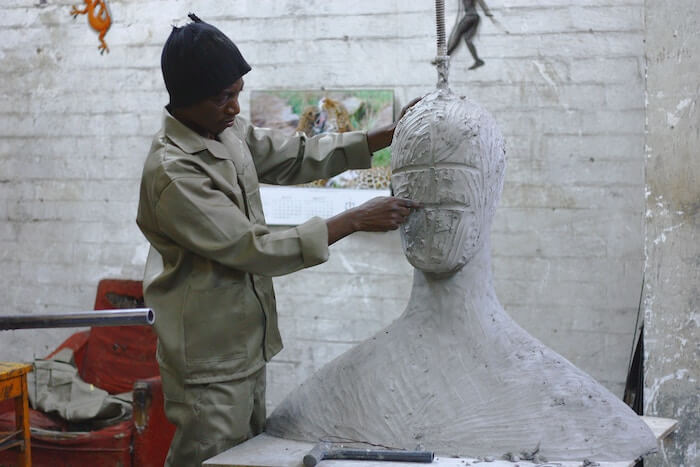 Make this list visible — at least until you become more self-confident. Put it somewhere you’ll see it every day, and make it easy to add to it. Because you will.

2. Spell out your doubts — and ease them.

Doubt is a natural response — like fear and joy. Don’t try to “beat it” as if it were your enemy. Like fear, doubt can sometimes save your life (as in “I have my doubts that this person is safe.”).

Some self-doubt is reasonable:

What these doubts have in common is their grounding in scientific fact — or what we’ve learned about the strength and durability of human leg bones.

Where you get into trouble with self-doubt is when it's based on assumptions or on limiting beliefs that have no basis in fact. Those assumptions and beliefs help you to avoid new challenges that confront you with the possibility of failure.

But they also prevent you from learning the truth of who you are and what you’re capable of. You can’t believe in yourself and hold onto these assumptions that others have passed down — about the world and your place in it.

So, start facing those doubts with some pointed questions:

3. Give yourself permission to fail.

Self-doubt is essentially about the fear of failure, and when you practice self-confidence and move forward anyway, you build on that confidence — just as you build courage the more you step up in the presence of fear.

The most successful people have failed more times than most people even try. There are some cases where failure can result in death (e.g., botching a life-saving surgical operation), but when it comes to trying something new, the stakes aren’t usually that high. The danger is mostly to your ego, but that can recover. 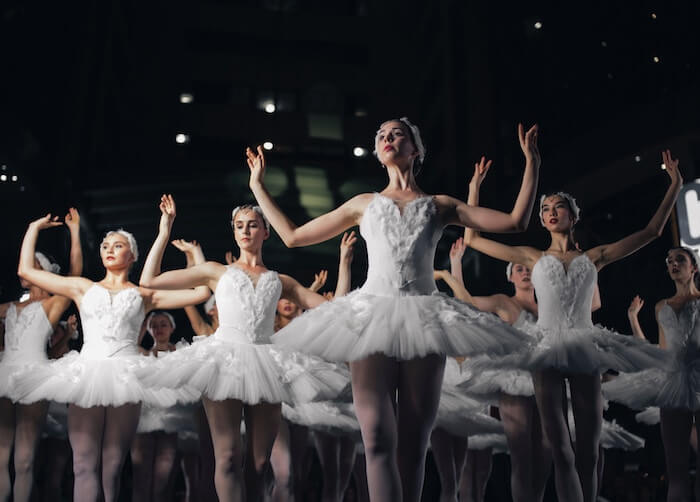 Give yourself permission to fail in an endeavor that could lead to something great; if you don’t make it the first time, you get to learn from what you did wrong. Then you can try again at that same challenge or pivot and apply what you’ve learned to another one.

4. Give yourself permission to learn from your mistakes.

When you fail — and if you’re actually trying and taking risks, you probably will — don’t focus on the failure itself but on what led to it and what you can learn from the experience.

Those who become the people they want to be choose to focus on what they can learn from their failures instead of getting stuck in a “failure is inevitable” mentality.

Related: 31 Eye-Opening Ways To Be A Better Person

What this mentality says is “Maybe other people could succeed at this, but not me. Whatever I do, I’m bound to fail.” But again this isn’t based on fact but on a fear-based assumption.

The fact is that if you survived this failure, you can learn from it and do better next time – at the same challenge or a different one.

And you owe it to yourself to keep moving in a growth direction.

You are not your mistakes. What determines your outcome and the person you become is how you handle those mistakes and what you do with the lessons you learn from them.

5. Stop listening to people who doubt you.

It’s hard enough dealing with the voices of self-doubt inside your head; you don’t need to be around people who reinforce those thoughts. 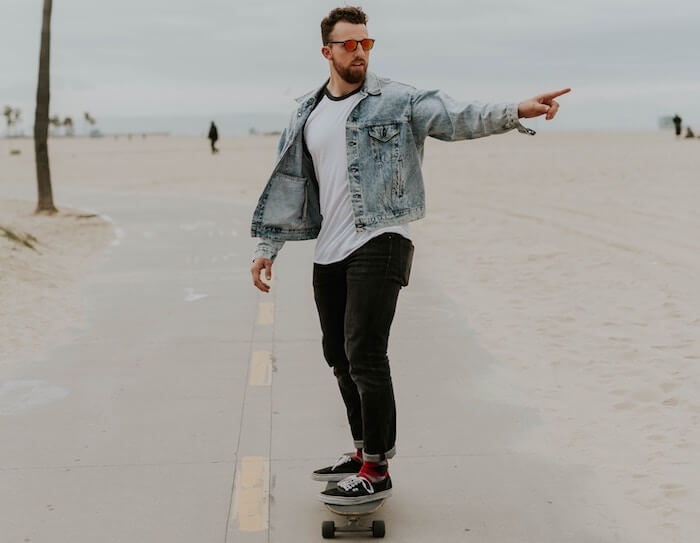 Just because someone else hasn’t dealt with their own self-doubt doesn’t mean they get to drag you down with them.

If they’re stuck in a defeatist mentality, try to avoid conversations that will lead to negative rants about their potential or yours.

In some cases, you’ll need to simply avoid these people as much as you can. Every conversation turns into a negative monologue, and they twist every compliment you give into a chance to tear themselves (or you) down. Don’t give them the opportunity.

Instead, hang out with people who build you up, who are unabashedly self-confident, and who set an example of growth that inspires you to keep moving forward. Spend more time with people whose belief in themselves is contagious.

6. Give yourself a vote of confidence.

Be your own loudest voice of confidence; don’t wait for someone else to pick up the pieces and tell you that you’re enough and “you can do this.” You have a responsibility to yourself, as well as to others (as a member of the human race).

Take responsibility and tell yourself you’ve learned and mastered things before (walking, reading, preparing food for yourself, etc.), and there’s no reason you can’t continue learning and mastering new things.

Think of what you’ve already accomplished, and tell yourself, “There’s magic on the other side of fear (and I choose magic).”

You can do more and become more than you can probably imagine right now; you’re not limited to “the way things have always been” or to “what you’ve always known.”

Remind yourself, you were made to live fully and intentionally until the moment you die. You owe that to yourself — and to the people you care about. Your self-confidence is your birthright.

7. Stop worrying about “being realistic.”

Even as a child, you probably heard grown-ups tell you, “Be realistic” — about your gifts, about your potential, about whether you can earn a good living with something you love, and about “how the world works.”

Only “crazy” people think they can change the way the world works, right? But how many people does it really take to start a groundswell of new thinking and new behavior?

Change doesn’t have to happen all at once for it to matter or to be significant. Just changing how you live — how you nourish yourself, what you do with your free time, what you do for others — can dramatically change your life and the lives of those closest to you.

So, stop worrying about what others tell you is “unrealistic.” Keep working on yourself, and the change will flow from you.

Who knows what people will consider “realistic” 100 years from now, or even ten? The notion of what is realistic has changed over the years — with technology, with scientific discovery, and with the risk-taking of the few who dared to challenge the norms.

This brings us to the next point: focus on what you want rather than on what people tell you — and what you’ve learned to tell yourself — is “realistic.” Focus on the life you want for yourself and for those you care about.

Don’t worry about how it will become reality; just allow yourself to imagine it and to feel what you will feel when it becomes your reality.

Where do you want to be three years from now? How about five years? Ten?

Do you want to be where you are now? I hope not. As long as you’re alive, you should want to continue growing, experiencing new things, and contributing in a meaningful way.

[bctt tweet=”How To Believe In Yourself.”]

So, ask yourself the following:

Instead of telling yourself, “This could never happen for me,” ask yourself, “What can I do to bring this closer to me?”

In order to do this, you need to get clear on the end goal.

So, make a list of why you want something, get committed to the end goal, and then get clear on what small steps you need to take each day to get closer to it.

Every day that you make a small step is a success! You’re proving to yourself that you can do it when you want the end result badly enough to commit to it.

And in so doing, you build up your self-confidence. Other people’s limiting opinions on what you’re capable of no longer have any power over you. And neither do the limiting thoughts you used to have.

Believing in yourself means taking action.

Believing in yourself doesn’t mean saying, “I’m 100% finished with my self-growth, and I don’t need to change anything or learn anything new.”

When you know the truth about yourself, you know that you were born to keep growing, keep learning, and keep contributing.

When you believe in yourself, you know you’re worth the investments you need to make in your personal growth.

You know you’re smart enough, strong enough, and capable enough to do what you need to do to become the person you want to be.

Because you do. Believe in that, first of all. Then build on it.

And may your courage and unshakable belief in yourself influence everything else you do today.

If you found this post helpful, please share these helpful ideas on believing in yourself on your preferred social media platform with others who need this.

9 Signs Of A Self-Loathing Personality

How To Stop Being Insecure And Second Guessing Yourself

11 Of The Best Books On Communication

How Not To Feel Lonely With 15 Simple Changes

187 Would You Rather Questions For Kids