We all have negative attributes that need our attention.

If I ask you to identify some of your own, I’ll bet at least one comes to mind.

And once you become aware of them and how they affect other people, you’re more likely to put in the effort to correct them.

Of course, that assumes your character development and personal growth matter to you — and that you’re not inclined to blame anyone but yourself for your mistakes.

But what about negative personality traits that make someone toxic to be around? And how do you spot them in others — or in yourself?

12 Negative Personality Traits to Avoid and Run From

There’s a difference between weak personality traits and those that make someone’s company and influence poisonous and depleting to other people.

But weakness does play a role in this list of negative traits.

Only those with true strength do what is necessary to heal and to grow.

It’s so much easier to blame others and shift responsibility to them. But it’s no way to live.

Here's our list from 12 to 1 of the worst offenders when it comes to personality traits:

When something has this trait, everything they say or do has the goal of making them look good, making them the center of attention, or proving to the world that they deserve preferential treatment.

If you know someone like this, you can probably think of at least one experience you had with them that opened your eyes to this trait.

Everything they say or do serves their ego. And nothing takes priority over it.

Maybe at one point, you caught yourself admiring their readiness to defend family members like a proud mama (or papa) bear.

But let one of those family members anger them in some way, and the egocentric person will make it clear whom they value more than anything or anyone else.

The pessimistic person is always looking for proof that the universe hates them (or that it doesn’t care).

They believe that they’re just doomed to be trapped and miserable, that the world is against them, that life is a cruel joke, or that the game is rigged against them.

It doesn’t occur to them to take responsibility for their own lives and do something to change them for the better.

They’ll cling to what they have and complain about what they don’t.

And they’ll make themselves (and others) miserable — as if that’s the only way to be.

This person needs to be right all the time — or at least to be seen that way.

They have a visceral need to prove others wrong, and if they can’t do that, they’ll use other means to discredit those with whom they disagree.

They’ll attack the other’s character. Or they’ll launch into a sanctimonious rant because they honestly believe their emotions and self-righteousness are more compelling than what is known to be true.

If they can make the other person look like a villain and get at least one person to say, “You were right about [so-and-so],” they’ve scored a victory.

It doesn’t matter if what they said had no basis in fact.

They rely on their emotions and on those of people just as easily swayed by them to “win.”

The truth is only as valuable as it is useful in proving the other person wrong.

They will get all they can out of you without any regard for what you want or need. And they’re insatiable.

No matter how much you give them, they want more.

And if you dare ask anything of them that doesn’t serve their interests, be prepared for a disappointing outcome.

Your value as a friend only goes as far as your usefulness or your ability to help finance the lifestyle they want.

They can never have enough money, food, or gratifying experiences. You are a means to an end for them.

You can either feed the beast or get trampled by it.

With the dishonest person, no offer of help (financial or otherwise) comes without strings attached or without some ulterior motive in which you and your interests are just bit players.

Beware of sudden offers of help from someone who otherwise shows zero interest in your life.

It’s one thing to keep secrets to protect those for whom that information would be a burden or a danger.

It’s another to constantly lie to others in order to get something you want from them.

Live long enough around other people, and you’re likely to meet someone who’s quick to judge others based on what they see — even when they don’t know the whole story behind it.

They’ll dismiss someone as a “bad person” before you even get a chance to know better.

And if you know the self-appointed judge and value their opinion, you might be swayed by them at first.

But when you look more closely at the judged person or at the circumstances, you come away with a different perspective.

And at some point, you find yourself unwilling to simply accept any opinion this Judgy Judgerson voices about others.

They’ll judge anyone because it makes them feel superior in some way. And you could just as easily become a target (if you haven’t already been).

The manipulative person uses other people to get what they want.

They’re often even proud of their ability to manipulate others.

They might even write books about it — knowing there are others like them out there who’ll be happy to make use of what they’ve learned.

Guilt is a popular manipulation tactic, but not all people who use guilt to make others do what they want are consciously manipulative.

For many, this tactic is something they learned growing up. Eventually, though, it loses its effectiveness.

And when it does, the real manipulator will then use other forms of manipulation to get their way.

To the narcissist, others are to blame for the problems in their life.

They don’t apologize — at least not sincerely — because whatever you think they’ve done to hurt you, it’s your fault. You provoked them.

Whatever happens, they are in the right and only doing what’s best (at least for them).

They’re not responsible for whatever consequences you suffer because of them.

In their mind, you brought that upon yourself — or you had it coming. And who are they to question karma?

Good luck getting a narcissist to admit they were at fault or that they were wrong about something.

If they do apologize, it’s to serve their own ends. And those ends have nothing to do with real friendship.

Cross this person in even a small way, and they’ll do everything they can to punish you.

They become fixated on making sure you regret ever going against them in any way — even if “going against them” consists of nothing more than ignoring them, or disagreeing with them, or not doing what they want.

Once you make them angry, they’ll denounce you as an enemy and look for ways to hurt you.

They may or may not make their intentions against you clear.

Much depends on whether they have one of the following (#3) traits.

If a vindictive person is passive-aggressive, they’ll work more or less behind your back.

And that’s where they’ll strike, without ever confronting you to your face.

If they have an aggressive streak, they might confront you, but often from a safe distance. The internet and email are useful for this.

They’ll use proximity and even physical violence to threaten you and make you feel unsafe, helpless, or small.

They’ll bully you into apologizing and doing what they want to atone for your sins against them.

A predatory person sees other people as toys or tools to use as they please.

When they choose a target, they put their plan in action, seeing only what they want to do to that person for their own enjoyment.

And they feel completely within their rights to do so.

They see nothing wrong with manipulating and exploiting others to get what they want.

They don’t really do friendship, because to them, people are only as valuable as they are useful.

And once they’re used up, the predator will toss them aside like garbage.

The person with this trait refuses to forgive those who hurt or offend them, no matter what they might do to atone for those offenses.

No apology and no olive branch will sway the person determined to hold a grudge.

You might hear this person say things like “I don’t care if I go to hell; I will always hate [so-and-so].”

So, they continue hating and looking for ways to feed that hatred.

They don’t stop to consider that in doing so, they’re torturing themselves — making themselves miserable — and blaming someone else for it.

In refusing to forgive, they refuse to heal and to grow into the person they could be.

Do any of these negative personality traits resonate with you?

What we see as bad personality traits can start as something easy to brush off as “growing pains” or “working through something.”

Only when we see that someone has made a habit of exhibiting one or more of the above traits do we begin to realize that they’re not just “acting out.”

And if they have no intention of developing positive, contrary traits, it becomes necessary to reevaluate their place in our lives.

These traits make them exhausting to be around; it’s as if they’re deliberately draining you of your energy to increase their own.

So, even if they treat you as one of their trusted friends, just being around them makes you feel sick in both body and soul.

Everyone deserves a chance to thrive, and being around one of these energy vampires makes it difficult, if not impossible, to do that.

Don’t be afraid to rely on others for support and/or protection.

Make the changes you need in order to heal and move forward with your life.

And may your compassion and courage influence everything you do today.

Extraverted Intuition: 8 Signs That You are a NE Personality Type

Your List Of The Best Careers For ENFP Personality Types

Super post and idea! But what about envy? You know, when someone is jealous very, very strong and want to destroy this person. I have something like that and it wasn’t good… 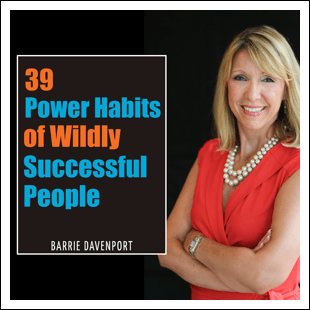 The Ultimate Guide To Making A Powerful Vision Board
17 Signs of Emotionally Abusive Parents
Do You Ask Yourself: “What Am I Doing With My Life?”
Want To Make A Vision Board? Try These 29 Unique Ideas
What Is A Vision Board And Why You Should Make One
17 Of The Best Apps For Couples
INTP Vs. ISTP Personality Types: What Are The Differences?
13 Things Your Cheating Partner Might Say When Confronted
21 Key Questions to Ask Before Getting Married

Would You Rather Questions Game For Kids