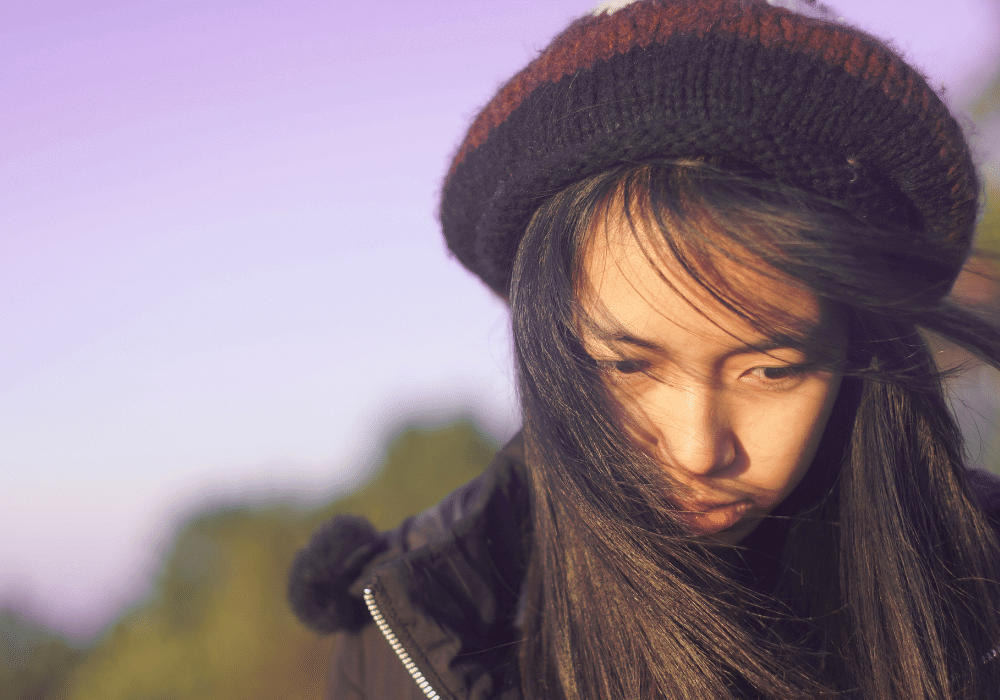 After yet another head-scratching moment with him, you’re wondering, “Should I give up on my boyfriend?”

Or maybe you’re thinking about a guy who’s no longer in your life.

Too bad your attachment to him still is.

The thing is, either he’s just not into you, or he doesn’t know how to be in a relationship.

It’s time to look at the bigger picture and decide on what’s best for you — even if he won’t.

That little voice knows when to give up on a guy.

But the 15 signs described below can give you just the push you need.

How Do You Know When to Give Up on Him?

When a guy is just not into you, he’ll send signals. The more time you spend with him, the more signals you can pick up. You think maybe you can wear him down, but at some point, you realize the signals are only getting stronger.

If you pick up any of the following hints, think of them as flashing neon signs that read, “I’d be fine if you left.”

These are symptoms of a larger issue. The 15 signs below explore that larger thing to help you see the fuller picture.

Because whether you realize it or not, your gut has already responded to those little signals. And it’s trying to get your attention.

1. He doesn’t respect you (and his behavior shows it).

Ask yourself if any of these behaviors sound familiar:

You have a right to want a relationship based on mutual respect. If he’s not willing to work toward that with you, he’s not the right guy.

So, what exactly can you count on him for?

You deserve a real relationship with someone who’s there for you. He’s not it.

The best days of your relationship are behind you. So, that’s where your mind goes when you look for reasons to hang onto him. He’s giving you nothing in the present.

You look through couple selfies you’ve taken in the past and think, “We were so happy!” What’s changed?

Either he feels secure of your devotion, or he doesn’t really want it. Maybe he trusts that you’ll hang on as long as he throws you a few crumbs now and then — or even if he doesn’t.

4. Those who care about you have told you to drop him and move on.

You deserve better. Those who love you can see it, but for some reason, you’ve been hanging on, thinking he’ll eventually see how good you could be together.

Your friends, family members, even your counselor have sized up this guy and warned you about him. He’s given them no reason to believe he sees in you what they see. And it bothers them (rightly).

They want it to bother you, too — enough that you’ll break it off with him and move on.

5. He’s more interested in your body than your mind.

He’s more interested in your body and what it can do for him than in hearing about your day or what you think about… anything. Maybe he’s expressed an interest in “keeping it casual” and “no strings.”

But real relationships are not casual or convenient. They’re not about stress relief or ego enhancement.

If the only thing he wants from you is physical gratification, he doesn’t need a person for that. And he doesn’t deserve you.

6. You have nothing (or not enough) in common.

When you try to think of things you both enjoy doing together — or that you can both talk about with equal interest — you come up empty. Maybe you can think of one thing, which you’d rather not say out loud. And that one thing isn’t enough to build a relationship on.

Also, consider that, while you might both enjoy the physical part of the relationship, you’d both enjoy it more if you felt truly connected.

And you can have that — just not with him.

7. You’ve invested far more in the relationship than he has (or is willing to).

You’ve been there for him whenever he needed you, even straining other relationships to make him feel like he’s your whole world. So, why doesn’t he do the same for you?

There are two possible explanations:

If you tell him what you expect, and he makes it clear you want more than he’s willing to give, you’re better off breaking up with him and moving on.

An Apology Without Change is Manipulation

8. Staying with him feels like settling for less than you want.

You want to feel happy with him. You keep looking for hints that he feels the same way because you want to feel loved, understood, and wanted when you’re together.

And you want to feel the same about him, no matter how many times he makes you feel alone or undervalued. But wanting to feel that way isn’t enough.

What do you see in each other, after all? And what do you want to see? Because whatever it is, you’re not seeing it. And neither, it seems, is he.

9. He’s keeping you from meeting someone who would be better for you.

Your attachment to this guy keeps getting in the way of meeting someone else. Even if he’s no longer around, you don’t feel free. Part of you is still holding onto him.

He’s clearly moved on, though. Or he’s never really seen you as more than a place-holder. Whatever you’re attached to has nothing to do with him. It has more to do with your fear that letting go of him will ruin your chance at happiness.

But you’re not happy now. So, what do you have to lose?

10. Being with him drains you of your energy.

As much as you want to feel refreshed by his company, more often than not, you feel drained when you’re around him. Here are some possible reasons:

Spending time together shouldn’t leave you feeling used up or drained of your will to live. Much as you try to deny it, though, it does. And you don’t have to be okay with that.

11. You’ve learned everything you can learn from this relationship.

The educational potential for this relationship (or whatever it is) has run out.

You think of the last time you spent together lately and lament the time wasted. You gained nothing from it. You’ve already learned everything this guy can teach you.

And you’re not enjoying the weekly recap of the same old lessons. Everything about this guy leaves you wondering why you’re still together — or why you haven’t let go.

You keep trying to convince yourself that eventually he’ll be grateful for your not giving up on him. And like magic, he’ll commit to spending the rest of his life rewarding you for it.

Meanwhile, he’s given you no reason to believe he’ll ever see you as someone worth growing for. If anything, he’s doubled down on his less endearing qualities.

It’s time to tell yourself, “What I won’t give up on is the chance I’ll meet someone better.”

If he felt the same way about you that you feel about him, he’d leave no room for doubt.

You don’t expect nonstop romance, but you do want a guy who is head-over-heels for you. And that’s not asking too much.

If you have a heart-to-heart talk with him about how he feels about you and where he sees the relationship going, and he seems “meh” about both, that’s a strong hint that it’s time to say goodbye.

14. He makes you feel needy or desperate.

Every time you feel overwhelmed or sad or in need of support, he makes you feel as though you need too much. Maybe all you want is a comforting hug, and he acts as though you’re suffocating him.

Or you ask him to just listen as you tell him about a painful experience, and he acts as though you’re making your time together all about you. The way he acts makes you wonder things like, “Am I too needy?” or “Am I too selfish?”

Yet when he has something to say, he expects your undivided attention.

The more you think about it — and the more time you spend with him — the clearer it becomes that you’re a lot happier when you’re not with him. You’re more yourself and more comfortable with yourself when he’s not around.

The more aware you are that you’d be better off alone than with this guy, the easier it is to let go of him.

You’re ready for someone who makes couple time something to look forward to.

It’s tempting to think you’ll know without any doubt when to move on from a guy, but it’s not easy to let go of someone after investing so much of yourself in him. Whatever he’s given back feels like table scraps compared to the feast you’ve prepared.

You know he doens’t feel the same. And you deserve better than that.

What you do next depends on whether he’s still in your life or whether you’re just having a hard time breaking free of the hold he’s had on you.

Consider the following options in that light.

Is it time to give up on your guy?

Now that you’re well-acquainted with the signs you should give up on this guy, what will you do today to sever or at least weaken his hold on you?

If you’re still a couple, it’s time to fix that, and the sooner the better. Think of how free you’ll feel when you cut ties and take your first step toward moving on. He doesn’t get to use you anymore. You just hope other women will see through him and be spared.

And don’t forget to celebrate your freedom. It’s time for the rest of your life to begin.