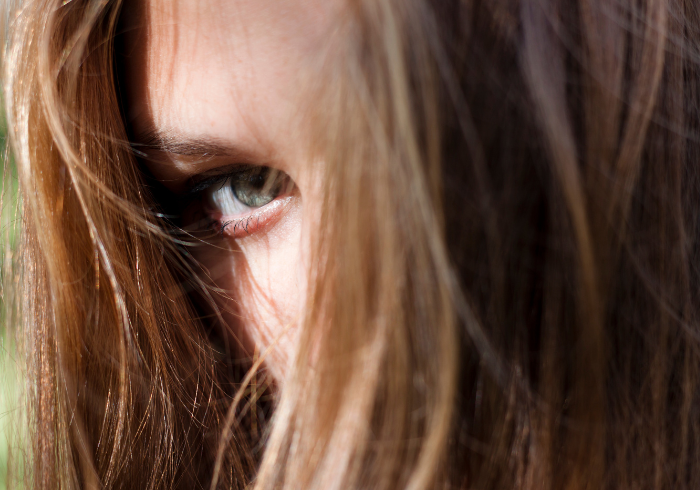 How long can a person hold a grudge? And why are some folks more likely to hold them?

You’ve noticed the difference in how some people you know deal with their anger.

Some personalities are more passionate than others who are more private.

But which personalities are most prone to holding grudges in a relationship?

What Causes Someone to Hold a Grudge?

Why do people hold grudges? What does a grudge do for them that forgiving and letting go does not? That’s not a rhetorical question.

If you know someone who carries grudges, you know it doesn’t help to tell them, “You’re only making yourself miserable.” After all, how do you know they’re miserable because of the grudge and not something else?

Try flipping it around: If you were holding a grudge against someone who had betrayed your trust, you probably wouldn’t forgive and forget just because someone told you, “Grudges keep you from growing as a person.”

When you’re locked in a grudge, you can’t see the future. You’re stuck in the past. So, warnings about your failure to grow have zero influence.

To shed some light, consider these common reasons why someone might hold a grudge:

That last one is important. Certain personality traits are more grudge-friendly. And some Myers-Briggs personality types have a more generous helping of those traits than others.

The following nine Myers-Briggs personality types are more likely to hold grudges than the remaining seven, and you’ll see why. Some are fiercer than others.

And you probably know someone who keeps their grudges private — but never lets them go.

Something you should know before you dive in:

That said, take a look at the grudge potential of the following personality types.

This type combines sensitivity with introspection. Generally, the INFJ will tolerate plenty of misbehavior until they reach their breaking point and cut the offender out of their life. The ex-communication is almost always permanent. The INFJ grudge is a deeply-entrenched protective wall between them and those who’ve hurt them too much.

Their aversion to conflict and a strong preference for harmony means the INFJ door slam is less about punishing the offender than about protecting the INFJ from further hurt.

The INTJ will permanently cut people out of their lives, but more for logical reasons (i.e., they’re not loyal or trustworthy) than emotional ones. As for grudges, they don’t like to feel weighed down by negative emotions, but they will do what’s necessary to keep the undesirables out of their sight and well out of their business.

The INTJ, often characterized (unfairly) as “the coldest human,” generally takes things less personally than an INFJ, but they’re more involved in the external world than their “P” brethren, whether they like it or not.

This personality either likes you or is indifferent to your existence. If they like you, get ready for loads of TLC. While the ISFJ doesn’t enjoy holding a grudge, they will when someone hurts a loved one or crosses a line with them, and they’ll have a tough time letting go.

ISFJs can hold a grudge for a long time, and it can take quite a lot for them to forgive. They’re more likely to if the offender is genuinely sorry and tries to make amends.

The ISTJ is undoubtedly capable of holding a grudge if someone has wronged them. Rule-followers who pride themselves on their reliability and consistency, ISTJs hate it when others fail to keep their word. And they’re likely to resent them for it.

They don’t trust lightly, so if someone they trust betrays them, the ISTJ is likely to hold a grudge, at least until the offender offers a genuine apology and tries to make amends. If not, the ISTJ will cut the offender out of their lives for good.

This type can definitely hold onto a grudge — especially against someone who doesn’t bother making amends. On the other hand, they want to forgive. They value connections and their place in a community, so they try to forgive those who are genuinely sorry.

They also value efficiency and are easily frustrated by those who repeat their mistakes. If someone violates their trust, they may struggle with holding a grudge, since they’ll be ashamed of having trusted them in the first place.

If the ENFJ has no choice but to see someone they dislike, they may try to get along and be cordial, but this generally doesn’t last long. When someone has wronged them on a deep level (it takes something serious to make an ENFJ hold a grudge), they can hold a grudge forever. Their weapon of choice is often the silent treatment.

Their extreme sensitivity to conflict makes them averse to open hostility. But their clearly-defined values can make them inflexible and unwilling to consider contrary perspectives.

ESFJs are like INTPs in their tendency to bury their negative emotions, which have a way of sneaking up and surprising them (and others). They prefer to let things go, but those buried feelings can cause them to inadvertently hold a grudge against someone for a long time without realizing it or understanding their own feelings.

Their loyalty and sense of duty make them a strong ally, but when they’re hurt, they become defensive and reluctant to let go of the offense.

Like the INTJ, this type can hold a grudge forever if they deem it necessary, but the reasons for those grudges are more logical than emotional. The offender has betrayed their trust — which, once lost, is nearly impossible to rebuild. The grievance is there not so much to punish the offender as to protect the ENTJ from another betrayal.

ENTJs tend to make snap judgments before taking in all the pertinent information. The best way to get through to them is to get the point quickly.

ESTPs don’t trust others easily, so if someone gains their trust and then breaks it, they will have a much harder time forgiving that person, let alone trusting them again.

The Secrets Of The Type C Personality You Need to Know

What about the other personalities?

While the remaining personality types are capable of grudges, they have an innate aversion to them. It’s not that they’re more compassionate or more understanding. Some just have a lower tolerance for the negative emotions that go with a grudge.

They may place a higher value on harmony, goodwill, and forgiveness. But the latter can still be a challenge, depending on the individual.

INTPs and ENTPs try to avoid holding grudges. ENTPs, though, won’t forget a serious offense and will likely avoid someone who has wronged them. They’re more likely to look for ways to resolve their anger so that they can move on.

INTP often bury their emotions, so while they’d rather avoid feeling angry, it’s possible for them to harbor a grudge without realizing it.

INFPs and ENFPs prefer not to hold grudges, though they can certainly take things personally. They want so much to see the good in others that they’re more motivated to forgive. But the deeper the wound, the harder it is for them to let go.

They may vent their frustration in passive-aggressive ways. And if someone hurts them deeply or hurts someone they love, they will cut the offender out of their life.

ISTPs and ISFPs see no advantage to holding onto grudges and are more likely to let go so that they can live in the present. If they hold a grudge for a deep wound, they generally don’t hold it for long.

Finally, ESFPs, like their closest introverted sibling (ISFP), dislike holding onto negative emotions. They want to forgive, but if someone betrays their trust and hurts them deeply enough, they have difficulty letting go.

How to Stop Holding Grudges

This post wouldn’t be complete without some helpful tips on how to get over a grudge. These won’t magically make your grudge disappear. Nothing can do that (not even chocolate, though it helps). But these can get you closer to freedom.

Get clarity about your reasons.

A journal can be a great help with this. Write about how you feel about the person who hurt you and about what they did or said. Call it what it is. No need to mince words when you’re getting things out of your head. Spill out the words so that you can sort them out.

Be kind to yourself.

You have a right to be angry about someone violating your trust or wronging you in some way. It’s no one else’s place to decide how you should react or what you should feel.

You also have a right to move on and to feel happy again. Recognize your power in this. But don’t forget to be honest about what’s holding you back.

Get into the other person’s shoes.

Try to understand them without judging them. Learn more about them, if you can, and look for common ground. Write about this person as if you’ve chosen to forgive them. You can even try to write from their perspective, based on what you know about them.

Be the first to offer the olive branch.

If the grudge is mutual, this may get things rolling toward forgiveness. If you arrange to meet, prepare your points, so you’ll know what to say. Or you can write a letter to the person, forgiving them and expressing goodwill.

The Hawaiian Ho’oponopono Forgiveness Prayer offers a sort of template for this.

Distract yourself with something you enjoy.

When thoughts of anger toward the person who hurt you flood your mind, distract yourself with something you enjoy doing. Find another outlet for your passion. Learn a new hobby or rediscover one you’ve set aside. Listen to some music that helps you calm down and changes your thoughts for the better.

Are you a personality type that holds grudges?

Now that you’re more familiar with the Myers-Briggs personality types most likely to hold grudges, it’s important to point out that this does not make them inferior to other personality types.

Every personality has its challenges. Every one of us has things to work on. And you know as well as anyone how unhelpful it is when someone focuses on your weaknesses.

If you’re not one of the personality types described, but you know someone who is, what do you see in them that you admire?

Every personality has gifts as well as challenges. Focus on one of those gifts today.