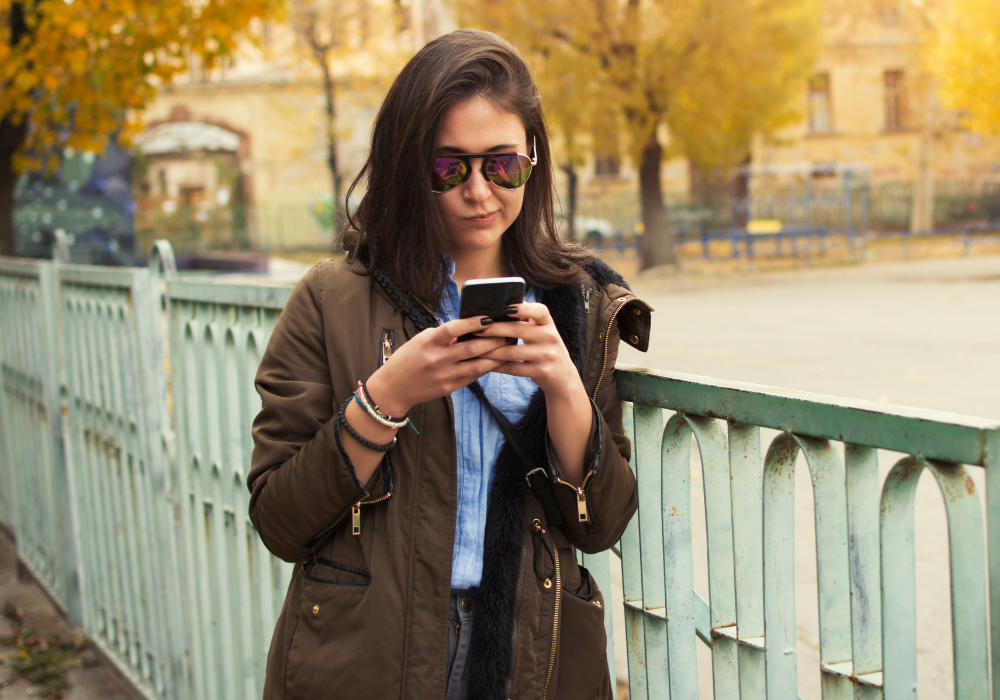 If you’ve ever dated someone who used breadcrumbing to keep you guessing about your relationship status, you know it’s much worse than being ghosted.

Breadcrumbing is something self-centered people do when they feel a need to keep someone on standby.

You’re the one they call (or text) when they’re not enjoying the company of someone they’d rather be with.

But how do you know you’re being breadcrumbed?

And what can you do when you recognize the breadcrumbing signs?

Before you can recognize those signs, you need to have a clear idea of what breadcrumbing is and what it looks like.

Look up “breadcrumbing meaning” on any search engine, and you’ll see a series of recent articles and online dictionary entries.

What they have in common is the selfishness and egotism behind this narcissistic tactic. It can be a form of emotional abuse to control and manipulate you.

Why Do People Breadcrumb?

To the one leaving breadcrumbs, you’re worth hanging onto, but only if you play by their rules.

And those rules serve their self-esteem — not yours. T

hey need to hedge their bets and keep you on a string in case something more interesting comes along. Their mixed-message behavior doesn’t bother them a bit, but it’s making you crazy.

Once you call them out for their flaky or self-serving behavior toward you, they’re likely to make excuses, resort to gaslighting, or abruptly “break up” the relationship that never was.

Sometimes the best way to understand when someone is taking advantage of you and treating you poorly is to recognize specific situations that are relatable.

See if you recognize any of these breadcrumbing examples:

If any of these examples ring a bell, you’ve been thrown crumbs to string you along.

Don’t savor the crumbs. You deserve an entire loaf served with care and kindness.

8 Signs of Breadcrumbing You Need to Know

Let’s break it down further, so you know what to look for in your current situation or a relationship in the future. Breadcrumbing is insidious and often subtle, so you need to know the signs.

The breadcrumbing player will send sporadic messages just to check in and make sure you’re still interested.

They may or may not attempt to justify their lack of communication or their reticence to spend time together.

And when they do want to spend time together, it’s usually at a time of their choosing, which may be late at night or when you’re in the middle of work.

If you don’t drop what you’re doing and tend to their ego, they might accuse you of being selfish.

Counter their sporadic “Hey, what’s up?” messages with a clear invitation to meet, and you’re likely to get an evasive answer — if you get one at all.

2. They give vague expressions of interest in spending more time together.

Those who use breadcrumbing to string people along often make vague remarks about spending time together.

Ask them for a specific time and place, and they’ll often reply with something like, “I’ll get back to you on that soon.”

Or they’ll expect you to drop what you’re doing right then and make yourself available to them.

But once you’ve done so and are expecting them to reciprocate, they revert to their vague expressions of interest.

As long as you let them, they will keep you on standby, using vague or meaningless language to convince you you’re important to them.

I’m not talking about real emergency situations, here. The late-night messages of a narcissist breadcrumber will be mostly about making sure you’re still interested in them.

And when the messages come — asking “You up?” or saying things like “I miss you!” — they come with zero regard for your sleep schedule or how early you have to wake up the next morning.

Because those late-night “check-ins” aren’t about you or your needs; they’re about massaging the ego and reassuring the that person breadcrumbing you’re still firmly on the hook.

They want to know you’re still all in — even when they’re not.

So, if you wake up in the middle of the night to a “Hey, girl…” or a “How’s my boo (or “bae” or whatever)?” do yourself a favor and activate the “Do not disturb” feature on your phone.

4. Most messages (if not all) are about hooking up.

If you’re being breadcrumbed, chances are most of the messages you receive from the perpetrator are about hooking up.

Maybe they’re pressuring you to do things with them you’re not ready for.

Or maybe they expect you to be grateful for their interest in spending time with you.

In either case, they’ll message you at odd (and often inconvenient) times, show appreciation for the things they like about you, and ask if you want to hang out, etc.

It’s never really about getting to know each other better; the breadcrumber wants what they can get from you.

And if you’re not interested — or if you ask too much of them (according to their expectations) — they’ll drop you and try someone else.

5. Your gut tells you something is off.

When someone is breadcrumbing you, you’re likely to hear alarm bells without fully processing what they mean.

All you know, when you stop to really think about it, is that something feels off.

Your crush doesn’t seem as interested in deepening the relationship as you are. You can’t help thinking they’re just biding their time with you.

And if you push too hard — if you ask an uncomfortable question — they’ll let you know what they really think of you. And it won’t feel good.

But it doesn’t feel good now, either.

And you can either keep giving them one chance after another to prove your gut wrong — or you can confront them and risk the fallout.

6. You start to wonder what you did wrong.

If the one breadcrumbing you has gotten good at it, they might make you doubt yourself and actually question what you did wrong.

They’ll shame you for your “neediness” or your apparent need to control them or hem them in.

They’ll complain of feeling smothered by you.

And if they know what buttons to push, they stand an excellent chance of making you feel worse about yourself while you justify their thoughtless behavior toward you.

If they can convince you that you’re the only one standing in the way of the relationship developing into something beautiful, they can keep you on the hook for as long as they please.

7. When you start pulling away, suddenly they up their game.

As soon as you send the message to the breadcrumber that you’re losing interest in the relationship, that’s when they’ll expend the energy to try to hang on to you.

Maybe they’ll show up with gifts or take the day off work to spoil you.

Or maybe they’ll suddenly want to spend time “really getting to know” you.

They might even apologize for making you feel undervalued. And they’ll probably have some excuses handy.

Or they might decide to “get real” with you by admitting their faults and trying to convince you that you’re the only one who hasn’t given up on them.

But once they feel sure of your continued interest, they’ll revert to their thoughtless behavior.

They’ll make excuses, offer vague promises, and make you wonder if you were ever meant to have a relationship you could count on.

8. They use passive aggression to punish or manipulate you.

They don’t have the courage to tell you exactly what they want from the relationship.

So don’t expect them to have the courage to own up to their self-centered behavior toward you.

They don’t want a light shone on the truth of how they see you, and they’ll find ways to provoke or distract you without actually saying, “I’m doing this to punish you.”

Tips for Dealing with Breadcrumbing

Breadcrumbing in dating has become common enough that it shouldn’t be hard to find someone who knows exactly what you’re going through.

I’m grateful for the chance to sit with you for a bit and remind you that you deserve better than to be someone’s standby.

And I want you to be well-armed for the next encounter with the breadcrumber in your life.

To that end, consider the following four tips:

1. Counter their vagueness with clarity.

Answer their vague and sporadic messages with clear invitations to meet at a specific time and place.

If they tell you they can’t make it, you can ask them why or suggest another time.

You don’t have to keep giving them one chance after another to prove they’re capable of showing up.

You have a right to expect them to treat you the way they want to be treated.

This is basic “Golden Rule” stuff. You’re not asking too much.

2. Call them out for being flaky or noncommittal.

When the breadcrumber flakes out on you, don’t be as quick to make excuses for them as they are.

Let them come up with their own explanations, but don’t feel obligated to accept them.

You can even tell them, “When we agree to meet, I expect you to either show up or call me beforehand to let me know you won’t be coming and why.”

If they’re not willing to show you that much courtesy, they’re not ready to be in a committed relationship.

3. Know your expectations and communicate them.

Start by telling yourself what you expect from a committed relationship, and ask yourself what this person’s behavior so far has told you about them.

Then, let them know what you expect, and ask them if they’re prepared to meet those expectations.

If they respond evasively or try to deflect the blame onto you, take that as a tell-tale sign of self-centeredness and immaturity.

Don’t give them the opportunity to gaslight you or make you feel unworthy of more than they’re willing to give you.

4. Respect your own schedule and personal needs — even if they don’t.

Don’t let anyone manipulate you into endangering your own health or employment just to make yourself more available to them.

Only toxic people do that.

Besides, none of us do our best thinking when we’re sleep-deprived or in fear of losing our jobs.

Anyone who claims to love you or to want a relationship with you should be considerate enough not to call or text you late at night and expect a response.

Nor should they expect you to call off work so you can spend the day together.

Let them know you won’t be available at night or during work hours.

If they have a problem with that, they’re free to look elsewhere for companionship.

You don’t have to put up with breadcrumbing.

Some people date just to be seen with an attractive (or “attractive enough”) partner.

They might even let you know when they notice those other prospects checking them out — just so you’ll know how lucky you are to be the one they’ve chosen to be with (for the time being).

So, you’d better not rock the boat, or they’ll jump right back into the water.

Let them jump. You know you want better, and you deserve a chance to find it.

And may your courage and self-respect influence everything you do today.