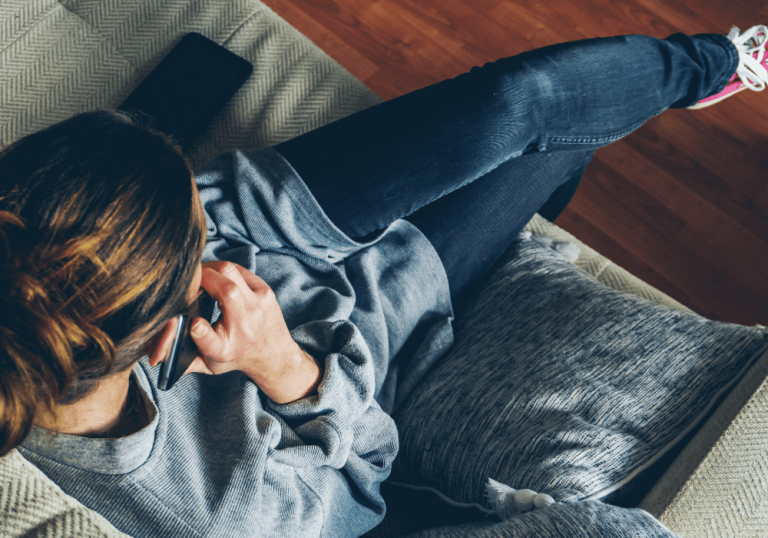 Here you are looking for tips on how to tell someone you’re not interested after a few dates—or shortly after meeting them.

Because you’re just not feeling it.

Yet you don’t want to hurt this person.

It’s not that you don’t think anyone could be happy dating them.

In fact, you want them to find a happy relationship with someone.

The sooner you set them free, the better for you both.

You want to know how to tell a girl you’re not interested (or someone of a different gender identity), and you’re at a loss for what to say that will help you part on good terms.

You know you can’t be responsible for what they’re feeling, but there’s no escaping the reality that the words you choose can have a lasting negative impact.

Ultimately, you can only do your best with what you know.

But you’ll be ahead of the game if you try to keep in mind the following dos and don’ts:

How and When Should You Tell Someone You’re Not Interested?

You were getting along so well! But after a few dates (or less), you’re faced with an awkward but inescapable reality: you’re just not into them.

Or maybe, after spending time with this person, you realize something about yourself: you have no interest in dating or relationships in general. And you’re done pretending otherwise.

In any case, as soon as you know you’re not interested, it’s time to let them know.

As for the delivery method, if you’ve gone on three or more dates, a face-to-face conversation is best, followed by a phone conversation or webchat (go with the other person’s preference).

A text message shouldn’t be the go-to at this stage, but it still beats ghosting them.

If you’ve only gone on one or two dates, though, it’s perfectly acceptable to tell them via text message or email. In either case, invest some time and energy in creating a heartfelt message that does them credit.

How to Tell Someone You’re Not Interested: 7 Kind But Firm Ways to Break the News

Knowing how to tell a guy you’re not interested is one thing. It’s easy enough to be a jerk about it and leave the other person feeling unattractive or unlovable.

You don’t want that. So, how do you back away in the kindest way possible without leaving the door open for debate?

There are reasons behind your lack of connection. Think about what those are, and be honest with yourself. Pretending there’s a connection when there isn’t doesn’t serve either one of you.

Chances are, the disconnect comes down to what you really want in a partner and in a relationship. The better you know why you’re just not into this person, the easier it is to talk to them about it, so you can both move on.

2. Get clear on what you want.

Some of the details in this picture will likely change as you grow into the person you want to be (which is a lifelong labor of love). But some things remain fairly constant.

3. Put yourself in their shoes.

Try to see the situation from their perspective. Pretend you’re the one who’s about to be told, “This isn’t working.” How might you feel? And how would you prefer to be told?

What do you know they want in a relationship? And if you don’t want the same, how can you express that without seeming to compare their expectations unfavorably to yours?

You know you wouldn’t want to be strung along with very little idea of what to expect—and nothing but blind hope to go on.

4. Let them know if you want different things.

Let’s say they’re looking for a committed relationship and even marriage, but you’d rather take things slow. And you’re not sure you’ll ever want to get married.

At any rate, you’re not ready for anything serious. And you don’t think that’s likely to change with this person, much as you might like to think otherwise.

Don’t imply they’re making you feel rushed, but be clear about important differences in what each of you wants.

5. Treat them with kindness and respect.

You want to remember this moment and know that you treated this person with as much respect and kindness as you would want to receive.

Granted, even if you do your best, there is no guarantee this conversation will go smoothly—especially if this person has already cleared their social schedule to make more time for you.

The greater their investment, the trickier this gets. But the longer you wait, the more invested they’re likely to feel.

If you’re going separate ways, try to sandwich that message between genuine compliments (they’ll smell fake ones a mile off).

Tell them what you’ve noticed that you admire about them–qualities that have made your time together so enjoyable and things you’ve learned that have endeared them to you. It is possible to part ways without listing all the things about them that have scared you off.

Let’s be real. You don’t know each other very well, and there’s little if any reason for you to see each other again. Don’t impose any obligation to “Keep in touch.”

You may want to be friends with this person, but right now, you’re delivering some unpleasant news. And they deserve all the time and space they need to process that—without you. Real friendship might develop in time. But don’t push it.

How Do You Tell Someone You’re Not Interested Examples

With the above tips in mind, let’s look at some examples of things you can say to this person. As you read through each one, try to imagine yourself in both roles:

Now that you know how to tell someone you’re not interested in dating them, which of the ideas shared above stood out for you? Which fit your situation best?

This kind of conversation will never be easy for anyone who cares about what the other person is feeling. You want them to feel better again as soon as possible.

What will you do today to show them and yourself some extra kindness?